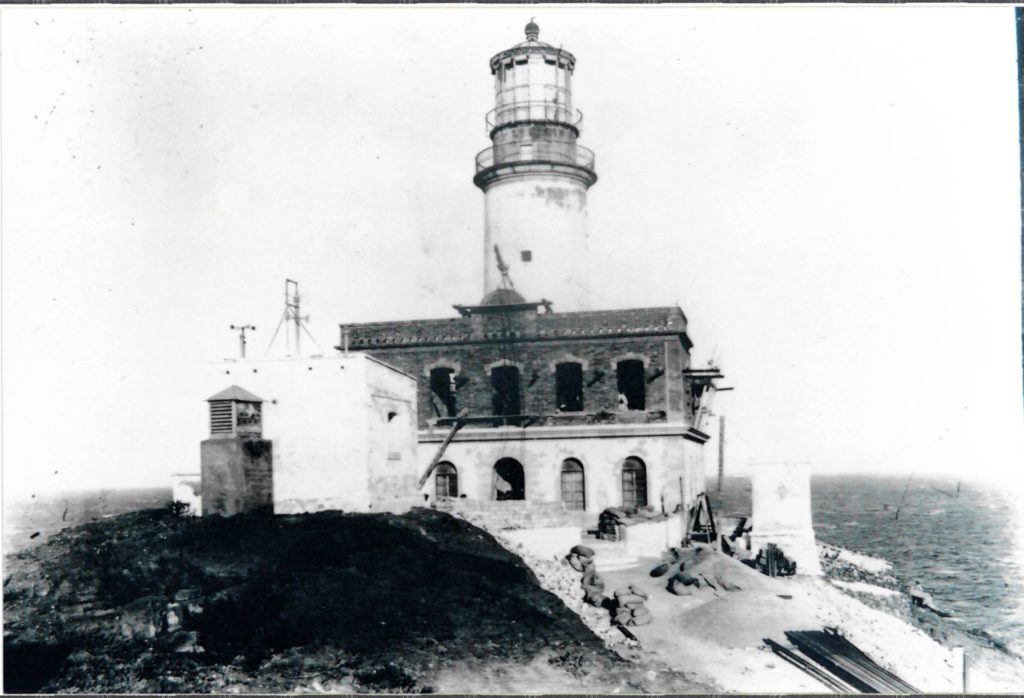 The Mar i Vent del Grau de Castellón Association has selflessly restored the original door of the Columbretes Islands lighthouse. It has now been located in the main building of the Port Authority of Castellón, in homage to all the men and women of the sea and the staff who lived in this emblematic lighthouse. Behind the door there will be a vinyl reproduction of one of the landscapes of the Columbretes Islands that Archduke Luis Salvador de Habsburg-Lorraine drew in charcoal and included in his work Columbretes, published in 1895.

It is believed that the door dates from 1856, the year in which the construction of the lighthouse began, although there are no specific documents in this regard.

There is evidence that it was on December 30, 1859 when the Columbretes lighthouse was illuminated for the first time, which was occupied by up to a total of four keepers with their respective families. The lighthouse was managed by the provincial services with powers in the management of maritime signals until 1992, the year in which it became dependent on the Port Authority of Castellón.

The original door of the Columbretes lighthouse was probably replaced between the summer of 1916 and the summer of 1917, a period in which some works were carried out in the building to raise a floor, since to date there was only a ground floor, by order of the chief engineer Antonio Giver issued in 1915. It is believed that this action forced the installation of a smaller door and the removal of the original.

It must be remembered that the Columbretes Islands lighthouse was one of the 126 whose construction was contemplated in 1847 in the General Plan for Maritime Lighting of the Coasts and Ports of Spain and Adjacent Islands. At present, this lighthouse continues to fulfill its function of facilitating the location of Las Columbretes for sailors thanks to the different light signals it emits. It is also being used for scientific purposes and linked to the management of the marine and natural reserves of the Columbretes Islands, and especially to the activities of control, surveillance, monitoring and scientific research related to them, through the formalization of successive agreements with the Generalitat Valenciana and the Ministry of Agriculture, Fisheries and Food.

In 2020, it premiered a new lantern to replace the one that had been operating since 1929. Its importance and value as historical heritage motivated the Port Authority of Castellón to install signage in each of the lighthouses it manages: Peñíscola, Irta, Oropesa, Castellón, Columbretes and nulls. In addition, it has collected in the video “The route of the lighthouses of Castellón” the data and situation of each one of them. A tribute to the lighthouse keepers and their families.

There are currently a total of 187 lighthouses scattered along the Spanish coast.