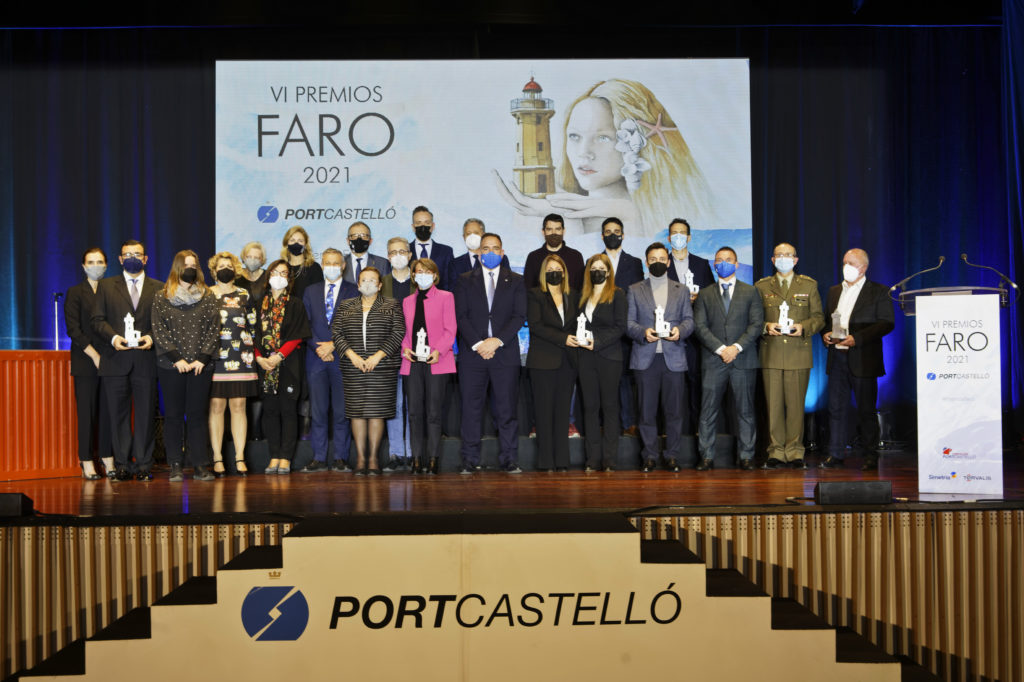 The Port Authority of Castellón has hosted the meetings of the juries that have selected the winners of the nine categories that recognize merits in Communication, Innovation, Business Career, Occupational Safety, Business Initiative, Environmental Protection, Social Commitment, Equality and Culture.

The Board of Directors has unanimously approved the proposals of the jury, made up of more than fifty people from different fields and mostly external to the Port Authority.

PortCastelló promoted these awards in 2016, coinciding with the commemoration of the creation of the port and based on the provisions of the Regulation of Honorary Distinctions. The purpose of the initiative is to reinforce the sense of belonging to the Port Community, contribute to the public recognition of innovative initiatives in different fields and recognize the merits of the work carried out.

The Faro PortCastelló awards are integrated into the strategic line of social impact of the 2024 Strategic Plan, which aims to improve port-city and port-province coexistence. The awards will be delivered on May 6 during a gala.

The candidates selected for this edition are:

It is a local television that was born in 2019. In 2021 it premiered the fortnightly program `Coneix el port de Castelló´, which has allowed the people of Castellón to get closer to the port of Castellón through its protagonists, trades, its Port Community , its goods and its environmental actions. It has also opted in its programming for the live broadcast of events linked to PortCastelló, such as the Faro awards, Escala a Castelló or the arrival of the Three Kings.

Organized jointly with the Castelló Town Hall and the Generalitat Valenciana through the Valencian Tourism Agency and the support of the maritime association that organizes “Escale à Sète”, it is already considered the most important meeting of traditional vintage boats from the façade Mediterranean and since its first edition in 2018 it has managed to position itself as a differentiating event that has placed Grau de Castelló and its port at the epicenter of leisure and tourism.

Jointly for both entities for their specific campaigns to serve various groups affected by the pandemic. In the case of the AECC, it has focused its volunteering on protecting the homes of people affected by cancer on the verge of poverty. In the case of Cáritas, for the promotion of a Diocesan Fund against Covid-19 aimed at providing help to families most in need due to the health crisis.

It was established in the port of Castellón as a mooring and port services company in 1965 and has known three generations of the Zubiaga family. It is committed to the sustainability of the sea, reducing its carbon footprint through zero-emission propulsion technologies. Its objective is to renew 50% of its fleet in the port of Castellón by 2030 and it has already commissioned the construction of the first multipurpose vessel for port use in Europe with 100% electric propulsion.

Trailers of the Mediterranean S.A. is a company dedicated to the port service of towage, maritime assistance and the fight against pollution that provides its service in the port of Castellón. Today it is part of Boluda Towage Spain, the subsidiary of the towing activity with a staff of 30 employees. The company has ISO 9001 and ISO 14001 certificates and promotes a rigorous policy regarding the prevention of accidents at work and environmental protection.

It is a technological training project that trains in entrepreneurship and professional skills with a clear orientation towards job placement. Headquartered in the CEEI of Castellón, its objective is to generate talent and promote an entrepreneurial ecosystem aimed at job placement. Among its cycle of activities, those carried out in the port of Castellón stand out through specific conferences aimed at learning about the maritime and port sector.

It is a comprehensive transport and logistics company created in the year 2000 and currently has a workforce of twenty professionals. It is linked to the Raminatrans Group, with delegations in the USA, Mexico, China, India and Brazil. A few days after the state of alarm was decreed, Puertos del Estado entrusted Raminatrans Castellón with the customs management and logistics of distribution throughout the national territory of what was going to be a first shipment of 8 million masks to combat COVID19.

The #QuieroCorredor Movement is a business and social initiative promoted by the Valencian Association of Entrepreneurs since 2016. Its objective is to claim the completion of the Mediterranean Corridor in 2025, and that this infrastructure be a priority on the political agenda. In this line, PortCastelló hosted a conference in January under the title “The future of the Mediterranean Corridor” to address the state of execution and discuss its importance.

This entity’s mission is to make visible and promote the talent of businesswomen and managers linked to the province of Castellón to lead change in organizations and society in general. It was created in 2010 and is currently made up of more than 50 businesswomen from different productive sectors, including port-logistics, and, in fact, it promotes actions, meetings and training in the PortCastelló environment.