Red Pier Fest returns: the festival of the city of Castelló. In Plaça Seté, on September 16, 17 and 18 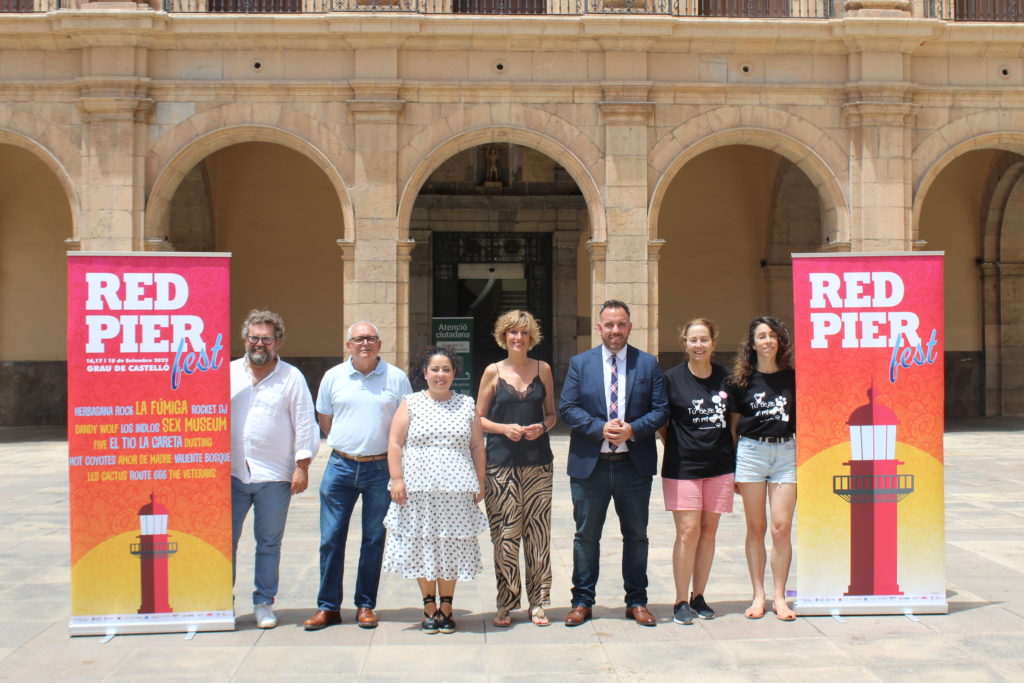 Castelló will once again be the center of Spanish rock and pop with the fifth edition of the Red Pier Fest, which will arrive in PORT CASTELLÓ, specifically in Plaça Seté, on September 16, 17 and 18. You will be able to appreciate a reinvented and improved Red Pier, adapted to a wider public and with all the facilities.

The 2022 poster includes the performance of fifteen groups, giving much importance to established and emerging bands on the provincial scene. As headliners there will be Sex Museum and La Fúmiga. Other bands that will play at the Red Pier Fest are El Tio La Careta, Los Indi.os, Dandy Wolf, Five, Herbasana, Dusting, Valiente Bosque, Amor de Madre, Les Cactus, Hot Coyotes, The Veterans, Route 666 and the winner of “Play the Red Pier Fest”, a contest aimed at emerging bands, which has been created with the idea of giving them visibility before the festival’s public. In addition, to close the festival in style, there will be a performance by Rocket DJ.

The city’s Councilor for Culture, Verònica Ruiz, stressed that it is “a festival with many local bands that, together with the rest of the groups that make up the lineup, make known the musical talent of our territory”. Along these lines, she Ruiz has also expressed that “it will be a few days of musical celebration at the Grau to say goodbye to summer”.

The organization of the festival wishes to thank all the institutions that sponsor the festival and make it possible: the Castelló City Council, through its Department of Culture, the Municipal Tourist Board, the Provincial Council and the Department of Tourism, through the brand Mediterranew Musix, among many others.

This edition of the festival will also have a charitable character. Part of the proceeds will be allocated to the Afanias Castellón association, which works on the protection, care and tutelage of people with functional diversity. In addition, the festival will set up purple points and promote measures common to other cultural events, such as the reuse of glasses, to promote respect for the environment. And as has been done in previous editions, the Red Pier Fest will install food trucks and unmarket.

In addition, to facilitate access to all audiences, admission to part of the festival (food trucks and market) will be free, and to enter the concerts tickets will be on sale at very popular prices. The idea is that everyone can enjoy RED PIER FEST and experience the authentic festival of music and culture at Grau de Castelló.