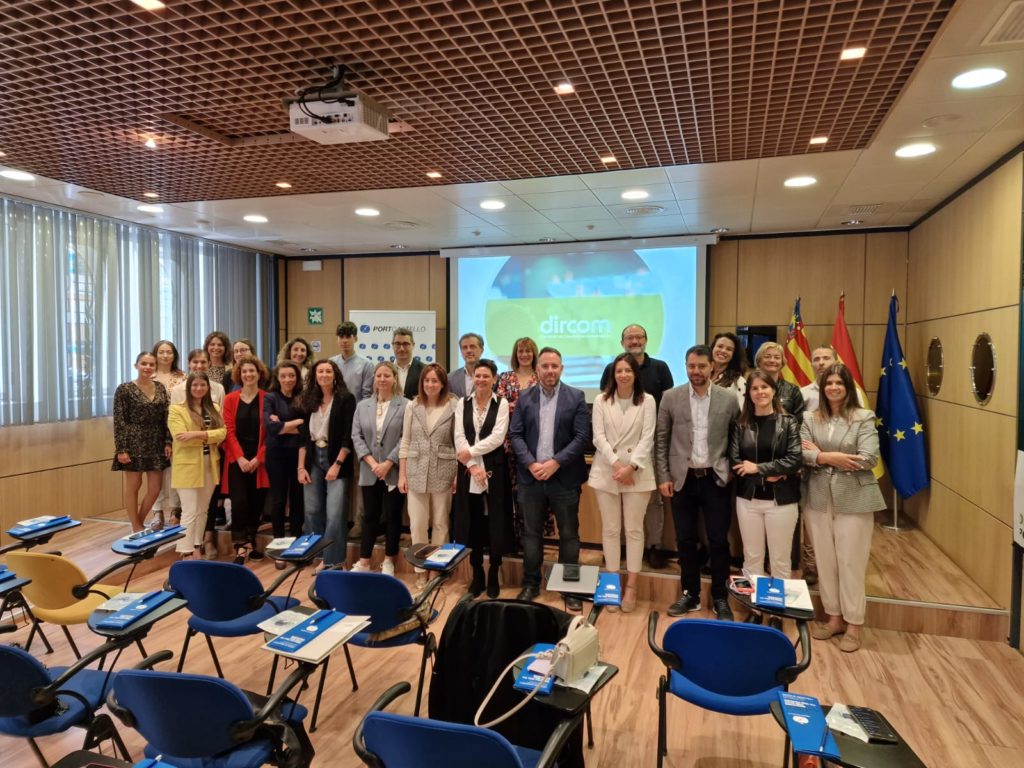 More than twenty dircoms, mostly from the province of Castellón but also communication directors of companies and institutions in the autonomous community, have visited PortCastellò today to learn about its communication and sustainability policies. During the inauguration, the president of the Port Authority of Castellón, Rafa Simó, highlighted the importance of communication in any company, but above all in a public administration, “because we must be an example of transparency and public service”.

The head of Institutional Relations of the Port Authority, Ramón Balaguer, has made a guided tour of the port facility to explain all the sustainability and environmental protection measures promoted by PortCastelló to be the best ally of its environment. Also the productive infrastructures that it is promoting to increase the competitiveness of its users and the expansion plans in the southern dock.

The visit to the Grao site, organized by Dircom C. Valenciana and R. Murcia and Port Castellò, is framed, as explained by the president of DircomCVM, Esther Castellano, in the actions that the association programs and that have a double objective. On the one hand, to make associates aware of the communication strategies and dynamics of the main companies, administrations and entities in our territorial area. And, on the other hand, favor networking, the contact of managers and communication professionals to address important communication challenges, such as adaptation to technological innovations and social recognition of our professional group in times of disinformation and fake news. ensures transparency and truthfulness.

PortCastellò ranks ninth in total freight traffic in the Spanish port system, and second in solid bulk traffic. So far this year, traffic has grown by 14% compared to the same period last year. However, the forecast for the coming months is marked by the uncertainty derived from the Russian invasion of Ukraine.

The head of Corporate Branding and Communication, Elena Rincón, joins DircomCVM on behalf of the Port Authority of Castellón. With this, she joins the more than seventy partners that already make up the associative base of DircomCVM.

Dircom is the professional association that groups in Spain the directors of Communication of companies, institutions and consultants from all over Spain.

Founded in 1992, its vision is to value the function of communication and the director of communication in organizations in such a way that said competence and its managers are considered as a strategic area and manager.

Currently, it has more than 1,000 members and 8 delegations in Aragon, the Canary Islands, Castilla y León, Catalonia, Galicia, the Valencian Community and the Murcia Region, the North and Andalusia.