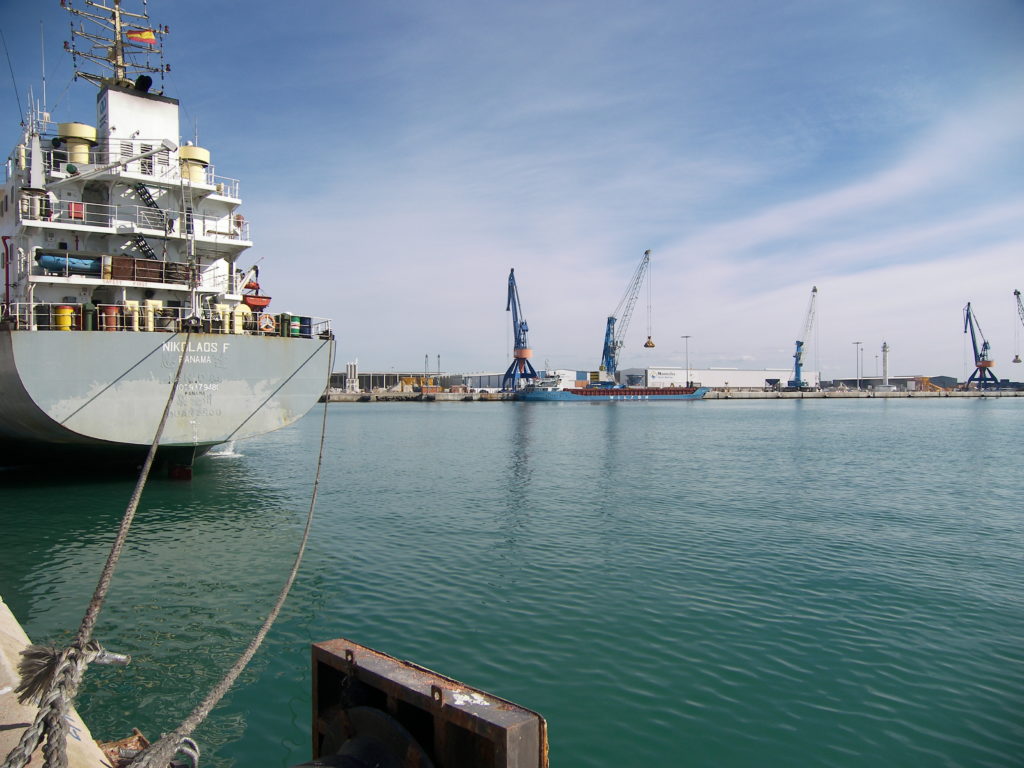 07-10-2021. PortCastelló records a total of 15,606,023 tons in the accumulated of the year, which represents 10.9 percent more freight traffic compared to the same period of the previous year.

These figures are possible thanks to the good performance of solid bulks, which increased by 34.3 percent and amounted to 6,704,002 tons, which consolidates the port of Castellón in second place in this type of traffic among the 46 ports of interest that make up the Spanish port system.

However, liquid bulk traffic continues to be the one that represents the greatest weight over the total traffic of PortCastelló, with 7,464,861 tons in the accumulated of the year, 1.4 percent less than last year. It is followed by general merchandise traffic, which accounts for 1,409,463 tons, 4.4 percent less than in 2020.

If we analyze only the closing data for the month of September, the growth of the port of Castellón is also confirmed, which already exceeds the levels prior to the pandemic, accounting for 0.4% more compared to September 2019. Specifically, during September PortCastelló registers a 16 percent growth in solid bulk traffic, with a total of 851,031 tons, and 9.8 percent in liquid bulks, with 908,749 tons. General merchandise traffic decreased 7.8 percent and amounted to 148,303 tons.

The president of the Castellón Port Authority, Rafa Simó, has pointed out that “the growth in solid bulk traffic is due to the dynamism of the ceramic sector and with this, the diversification in the port of Castellón continues”. At present, solids traffic represents 43% in PortCastelló, liquids 47.9% and general merchandise 9.1%.

The most important goods in the Castellón docks are crude oil, feldspar and clays.

The main ports with which PortCastelló maintains a commercial relationship are Turkey, Ukraine, Canada, Libya, Russia and the United States.