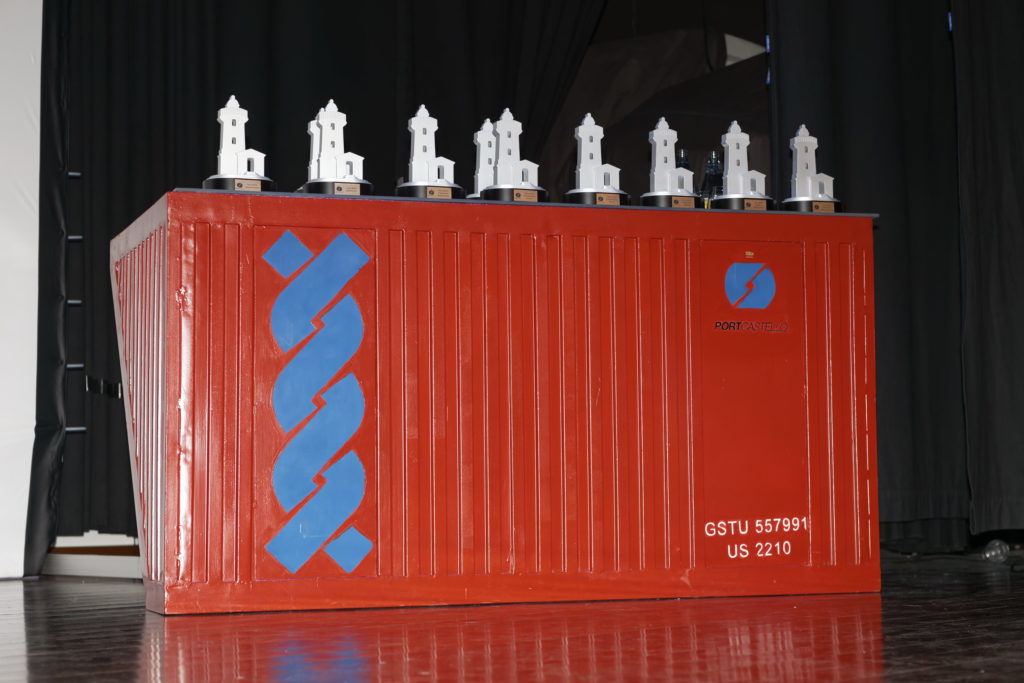 Lighthouse Comunication Award: to the Sub-Directorate General for Publications and Cultural Heritage of the Defense Sub-delegation in Castellón for its commitment to organizing free exhibitions of social interest related to the maritime world in the Moruno del Grau building in Castelló. These initiatives represent an important cultural focus that revitalize the leisure area of ​​the port of Castellón, communicate the great feats related to navigation and contribute to the knowledge and dissemination of the work that men and women from the world of the sea have carried out throughout the history.

Lighthouse Social Commitment Award: to the #SomUjicontraCOVID campaign of the Universitat Jaume I, promoted with the aim of raising funds for social projects against the effects caused by the pandemic in the province, such as a scholarship fund for students with special economic difficulties or the development of various research projects to combat the effects of COVID. It is the first institutional crowdfunding campaign launched by the UJI in its 30-year history and managed to raise 73,200 euros thanks to the support of 425 donations from individuals.

Lighthouse Culture Award: for the “Mar i Vent” Association founded in 2006 non-profit, for its contribution to the dissemination and conservation of the roots and cultural heritage of the sea, fishing and naval mechanics with the aim of showing the tradition sailor from Castelló. And defend the worthy office of the sea. The association’s aims are the restoration and maintenance of pieces, as well as the organization of exhibitions, publications and conferences. The entity has promoted the Museum of the Sea and has a collection of more than a thousand inventoried pieces.

Lighthouse Environmental Protection Award: for Bulk Cargo Logistics S.A., a company with a long business tradition in the port of Castellón that promotes an initiative of environmental relevance with an investment of 2.5 million euros in the land that the port of Castellón has under concession. It is a self-consumption photovoltaic project with surpluses to reduce CO2 emissions. The plant will produce green electricity for self-consumption, thus avoiding the emission of 1,930 tons of CO2 in emissions.

Lightouse PortCastelló Labor Safety Award: for the Castellón Maritime Captaincy, for its work to guarantee maritime safety through the operational control of ships, dangerous goods on board, the conditions of professionalism and qualifications of civil maritime personnel on ships , the intervention to determine the conditions of entry and exit of ships in PortCastelló. And especially for his extraordinary work during the crisis derived from the tragic accident of the Nazmiye Ana ship in the port of Castellón.

Lighhouse Business Initiative Award: for the technology company Cuatroochenta based in Castellón and specialized in implementing technologies aimed at improving the results of organizations through the development of cloud software solutions, and in cybersecurity. It was founded in 2011, and in the last year it has gone public, being the first Castellón-based company to do so, in addition to doubling its size and capacity. It currently maintains offices in Spain and Latin America, and has set up a portfolio of more than 1,200 clients in 21 countries and a team of 200 professionals.

Lighthouse Business Trajectory Award: for the Zamora family for its 50 years of experience in the hospitality sector linked to the port that crosses generations. They are a benchmark of restoration in the Grau since they landed in 1980 at the hands of Esperanza and José Luis with what is known as the “Comedor de obreros”. In 1995, the brothers David, Daniel and José Antonio Zamora continue the family legacy with the opening of the El Port Freeria. They have recently obtained the Prenamo award for professional excellence for their work in promoting tourism in the port of Castellón.

Innovation Lighthouse Award: for Integral Shipping for its commitment to the port of Castellón to develop different wind projects from its 20,000 square meter field located in the north dock. This company, specialized in the import and export of wind blades, guarantees its clients the safety and permanence of this traffic in PortCastelló. It defends wind energy as one of the cornerstones of the fight against climate change and innovation as an element of competitiveness.

Lighthouse Equality Award: for Elite Cementos, a company with more than ten years of experience dedicated to the manufacture and sale of cement in the port of Castelló. The objective has been to become a business organization that differentiates itself from the rest of the companies that operate in the sector based on its corporate values. To do this, it has promoted a specific Corporate Social Responsibility plan for its stakeholders, as well as a Code of Ethics and Conduct that has the principle of equality as one of its main axes. The company has the prestigious IQNet SR10 standard