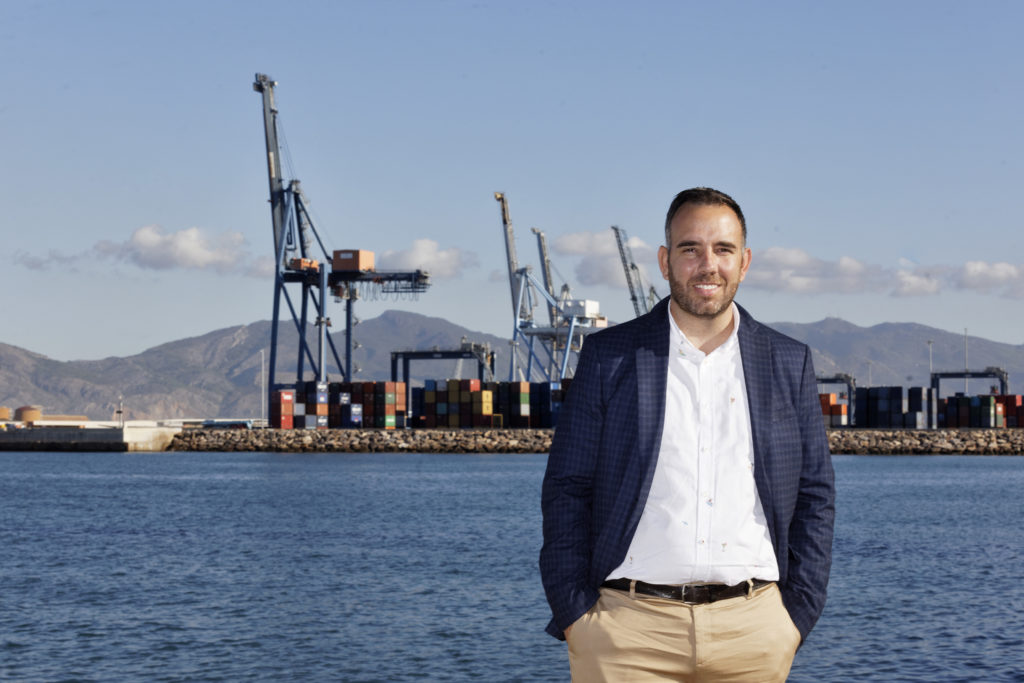 The president of the Castellón Port Authority has taken stock of his first hundred days at the head of the public body. Rafa Simó took office on September 4 and advanced the fundamental pillars on which he will base his management: enhancing the role of PortCastelló’s economic engine, in a sustainable way and being recognized as the port of the entire province, providing added value to society.

Based on these challenges, he pointed out that “we have set a roadmap to achieve these priority economic, environmental and social objectives for the Castellón Port Authority”.

Rafa Simó has referred in the first place to the affection in port traffic derived from the COVID-19 crisis that has caused a general decrease in the entire Spanish port system. In the case of the port of Castellón, it is expected to close the year with a traffic of 18 million tons. However, it has indicated that “this 10% decline at the end of the year is in line with the forecasts we made at the beginning of the pandemic.”

By way of presentation of the merchandise in PortCastelló, in the accumulated of the year solid bulk -which fell 6% compared to the previous year- is the one that has best withstood the effects of the pandemic “thanks to its closest hinterland and good behavior of the ceramic sector ”. For its part, liquid bulk traffic decreased 7.7% due to lower demand, while general merchandise has been weighed down by the reduction in the number of lines and containers, and decreased by 35.2%.

In its economic aspect, the president of the Port Authority has highlighted from his first one hundred days of management the approval of the mixed commission to the functional study of the intermodal station that will be located in the route of the new southern railway access to the port, “lo that allows us to initiate the procedures for contracting the construction project and the economic and financial study of an infrastructure that will mean savings in logistics costs for Castellón companies and will allow increasing the traffic of the port of Castellón ”.

In addition, the Castellón Port Authority has the endorsement of the State Ports Public Agency for its 2020-2024 Business Plan, a period in which 93.2 million will be invested, of which most are destined to the railway accesses that will locate to the port of Castellón among the best connected in the Spanish port system. To these investments are added those contemplated for the urbanization and improvement of the southern dock that “are configuring a more sustainable space, with high connectivity and attractiveness for customers.”

Rafa Simó has highlighted the commitment of the private initiative to the port of Castellón, with investments such as the construction of a new dock in the south dock or warehouses and machinery in the ceramic dock to provide the loading and unloading operations of bulk of efficient environmental protection measures.

On the environmental side, Rafa Simó has referred to the Code of Good Environmental Practices approved by the Board of Directors, “which reflects our commitment to environmental sustainability. The purpose of the document is to regulate the solid bulk handling operations carried out in the port’s service area to mitigate the emission of particulate material into the atmosphere, as well as to establish the operational practices and conditions for the handling of this merchandise. “We want to grow sustainably and be the best ally of our environment”, Rafa Simó recalled.

On the other hand, a voluntary agreement will be signed shortly with the Generalitat Valenciana so that the data from the five particle meters installed around the perimeter of the port will be visible to the public through the PortCastelló corporate website. “Investing in sustainability and transparency and information on our actions”, said Rafa Simó. In fact, the Castellón Port Authority has managed to lead the ranking of port authorities in the Spanish port system in terms of transparency. “It is a first step that encourages us to continue in this line.”

In its social aspect, Rafa Simó has undertaken two priority lines of action, such as the promotion of innovation and port-province interaction. Regarding the first one, the port of Castellón has launched the Castellón Port Lab brand as a starting point to implement innovation in the port environment.

The objective is “to get on the innovation train as an element of competitiveness, generating bridges with those institutions that are the basis of research.” For this reason, meetings have already been held with the Jaume I University of Castelló, the European Center for Innovative Companies, the Business Confederation of the Valencian Community and the College of Industrial Engineers. “We want to count on all of them as strategic allies of the port.”

In addition, in these first hundred days of Rafa Simó the port  has consolidated and continued activities such as Escala a Castelló, Faro Awards, Mar de Sons or the Christmas Postcard Contest.

Finally, Rafa Simó has valued the role played by the port community of PortCastelló during this year of pandemic. “This crisis has made visible the importance of their work, maintaining the supplies of products to the population and the industry and avoiding any type of shortage” and has referred to the important role that the port plays for the reactivation of the economy of the province ” in these difficult moments ”. “We will continue working so that PortCastelló is a port of opportunities at the service of its productive sectors”.