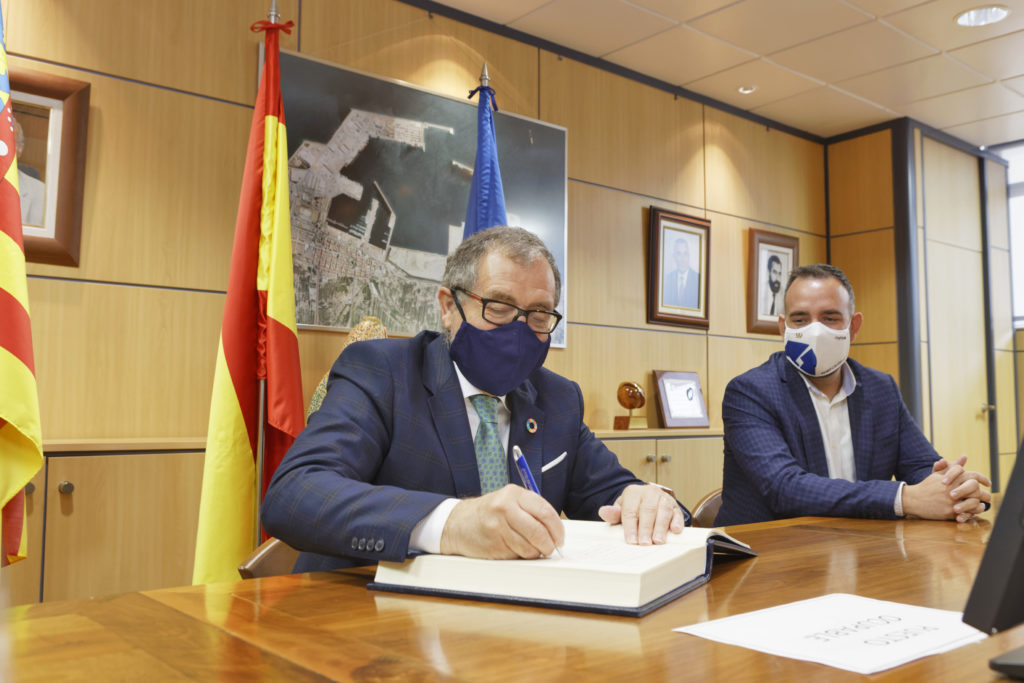 The president of the Castellón Port Authority, Rafa Simó, today received the president of the Castellón Provincial Council, José Martí. The institutional visit has served to strengthen ties and undertake joint lines of action that enhance the productive sectors of the province, including the ceramic and citrus sectors. Both leaders have agreed to formalize agreements in favor of these sectors, of which they have valued their resilience.

The president of the Port Authority has indicated that the port of Castellón “is the port of the entire province” and has insisted on the need to go hand in hand with the provincial institution. In fact, it has asked its president to attend as a permanent guest the boards of directors of the Castellón Port Authority.

José Martí, for his part, has described the visit to the facilities as a “discovery” and has promised to make known to all sectors of the province “all the business and development dimensions of a port that is that of our regions ”.

During the meeting, Rafa Simó reviewed the main investments planned in PortCastelló in terms of road and rail infrastructures, which will place it among the best connected in the Spanish port system.

In addition, he highlighted the commitment of the private initiative to the port of Castellón, “which shows the attractiveness of PortCastelló for the business sector”. Along these lines, he referred to the increase in closed or semi-closed storage areas in the port of Castellón, “the result of the environmental culture in which the APC and its port community are immersed”. Both delegations have visited the facilities of Bulk Cargo Logistics, a company with deep roots in the province and located in the port of Castellón, dedicated to the milling and stockpiling of raw materials in its more than 45,000 square meters of covered warehouses next to the dock of the Ceramics. Rafa Simó has highlighted the commitment to the environment of this company, having all its facilities closed.

Rafa Simó and José Martí have received the works council of the stevedoring sector, of which they have highlighted their work, together with other port groups, to make the port of Castellón a competitive and attractive port.