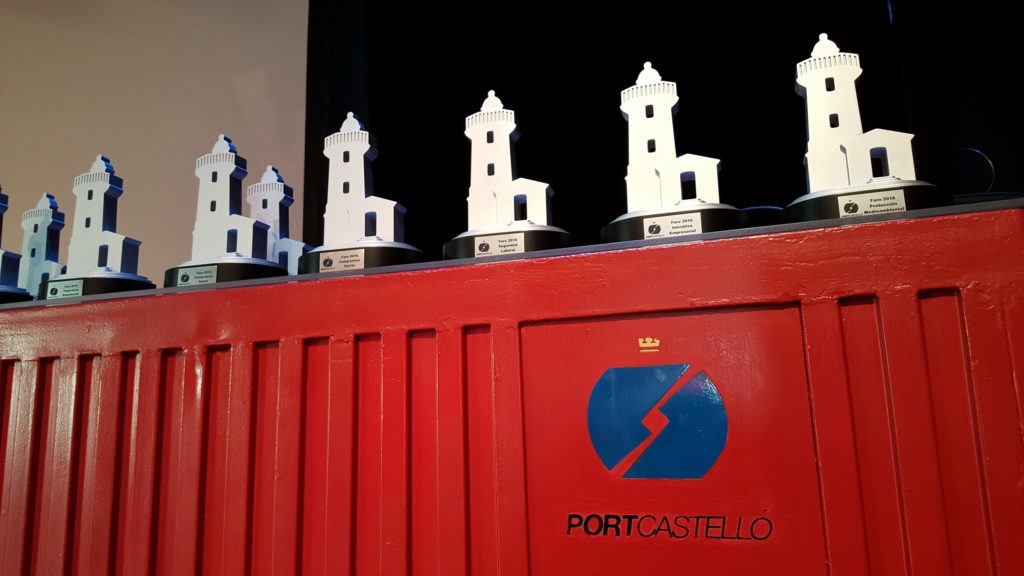 The Port Community turned to the “Together against COVID” campaign promoted by the Castellón Port Authority with the aim of giving visibility through photographs and videos to the work of professionals in the transport, port services and logistics sector generally during confinement. The work of all of them allowed the supply of essential products to the population and raw materials to our productive sectors during confinement. These groups make it possible for PortCastelló to be the necessary link in the logistics chain, also in difficult times. In total, 250 photographs and videos were received. A selection of them can be seen on the page www.portcastello.com, as well as the video that summarizes this initiative.

IoTsens is a Gimeno Group company dedicated to the development of hardware and software technology in the fields of Internet of Things, Big Data, Artificial Intelligence, Industry 4.0 and Smart Cities. He specializes in sectors such as technology for water control, smart cities or industry. This extensive experience is what has made possible the development and implementation of an innovative project to optimize the storage system of the Gimeno Logística Portuaria field, consisting of the deployment of optical sensors capturing data that, processed after the fact, allows to calculate in time the amount of material stored creating a digital twin of the field, saving time and costs.

Grupo Noatum has been growing with the port of Castellón since 1940. Marítima Mallach, Marmedsa, Tecasa, Fricasa, are all currently integrated into the Noatum group. In their 80 years of history in the Port of Castellón they have changed their name but have always worked for the same objective: to be an engine of growth and development in the region. The trajectory of Noatum in Castellón is a clear example of how it has evolved as a company, until it has become a leading multinational group in maritime, logistics and port operations services that offers specialized solutions to the main industrial sectors. Currently, the Noatum companies in Castellón are Marmedsa Noatum Maritime, Noatum Logistics, Noatum Terminal Castellón, Fricasa, Grupajes y Trincajes and Lematrans Occupational

APM is a container and general merchandise terminal located in the port of Castellón, as part of the APM Terminals group, which operates a network of more than 70 terminals around the world. Committed to the highest standards in quality and environmental management and occupational safety, it has certifications recognized by AENOR. Its objective is the safety of people under the motto “Safety for Life”, minimizing risks in 5 areas: transport, suspended load, stored energy, control of contractors and work at height. In addition, it has invested in equipment such as the Rescue and Release Basket, Overheight Frame, or Pinning Station that allow safer operations.

Simetría is a solid business group in the province of Castellón, with more than 70 years of history, which has decided to move its headquarters to one of the buildings on the Costa de PortCastelló pier, which confirms the attractiveness of Grao not only for the sector leisure but also for business. The transfer of its main headquarters will mean a significant investment for the port and the maritime district, because it sets the jobs of more than 250 people there, in addition to the circulation of customers and suppliers that will pass through the headquarters daily. The group’s workforce is made up of a team of 1,100 highly qualified and specialized professionals and employs 2,500 people.

These three organizations have joined efforts to clean up the Mediterranean marine litter by participating in the “Upcycling the Oceans” campaign. It is an innovative program at a global level that aims to maintain the splendor and biodiversity of our seas. Fishermen on trawlers collect waste from the seabed to transform it into premium quality yarn to create fabrics. In this way, the project benefits twice the care of the environment since, on the one hand, waste is removed favoring the maintenance of the environment and, on the other, the extraction of new raw material for the manufacture of garments is avoided.

The Propeller Club Castellón is a non-profit association that was created with the aim of bringing together professionals from all fields related to the maritime sector in the port of Castellón. Currently the Propeller Club Castellón has 38 members, and its objectives are to promote maritime traffic, international trade, the spirit of friendship and the strengthening of professional ties. To these ends, their social commitment has been added since 2016 by dedicating part of their budget to solidarity purposes, with donations to entities such as the Parkinson’s Association, the Spanish Association against Cancer, Stella Maris and the Castellón Red Cross.

The work of Unión de Mutuas in favor of equality makes it worthy of this award. This organization applies the EFQM business excellence model in its management, which considers the need to apply equity criteria and the promotion of equality. Unión de Mutuas is in possession of the IQNet SR10 certificate of social responsibility and closely linked to equality and already approved an equality commission in 2008. Clear evidence of their desire to promote equality is the percentage of women in their leadership chain, which rises to 52.13%. They have received the Barcelona award for the Innovative Company in Conciliation and Time and the Accord Award, which recognize their work in this field.

Aula Debate Mujeres del Grau was created in 1987 as a meeting place for women to advance the integration and equality of this group in El Grau. It´s the women who have kept this association alive, with more than 800 women who have passed throughout its history. It has been part of the Municipal Council for Citizen Participation since 1988. Aula Debate is more than an association, they were a pioneer in the Grau in organizing cultural events. In addition, they organize health and intercultural days, painting exhibitions, food distribution and solidarity rakes. In addition, they promoted the “Josefina López Sanmartín” Award, which is presented on March 8th. Last year the association received an award from Els Col.lectius per la Cultural al Grau.