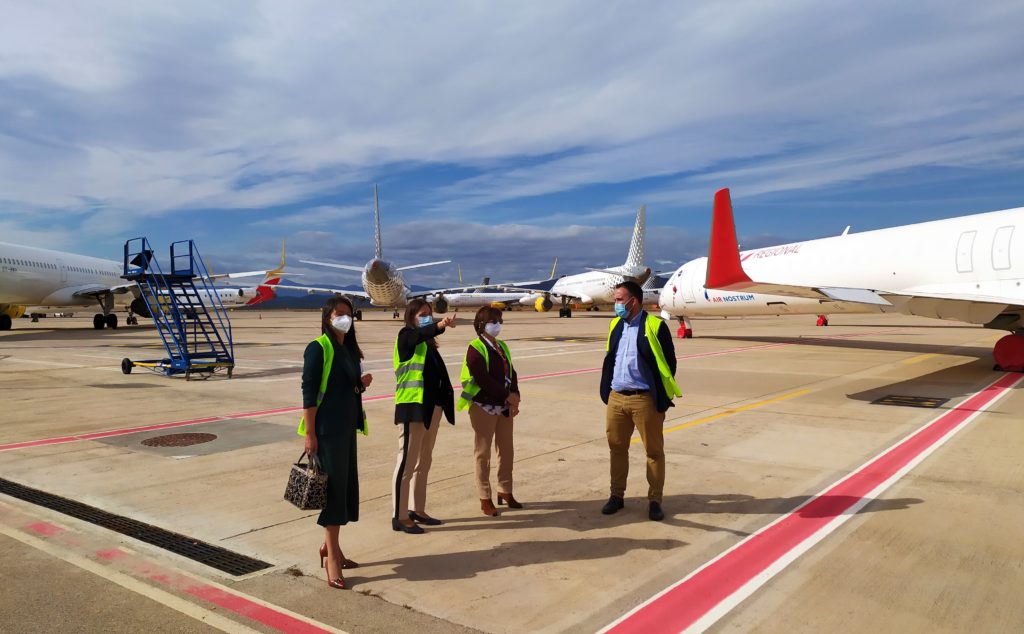 Castellón airport and PortCastelló have agreed to establish synergies between both entities in order to promote the advancement of the logistics sector and the economic growth of the territory.

The general director of the Aerocas public company, Blanca Marín, accompanied by the airport director, Ivana Guinot, held a meeting this Wednesday with the president of the Castellón Port Authority, Rafa Simó, and the entity’s director, Ana Ulloa.

Blanca Marín has raised the convenience of weaving alliances between the airport and the port, “in order to reinforce their role as an economic lever.” In this sense, he recalled that the Territorial Action Plan (PAT) of the functional area of Castellón – recently presented by the Minister of Territorial Policy, Public Works and Mobility, Arcadi Spain – proposes the generation of synergies aimed at promoting competitiveness, sustainable growth and job creation, “placing the airport and the port as two fundamental pillars”.

The general director of Aerocas and the president of PortCastelló have agreed to work in a coordinated manner in those common areas, as well as to share information on aspects related to the logistics sector.

Blanca Marín stressed that the experience and collaboration of the port “can be very useful to the airport” when guiding the development of the Complementary Activities Zone (ZAC), where an economic pole linked to logistics and industry is projected aeronautics.

The president of the Port Authority, Rafa Simó, stressed that the province of Castellón has the port and the airport as infrastructures for its growth. “In this sense, the meeting has served to find points of collaboration and synergies that make the two public entities part of the solution of the problems that the territory may have and part of the solution of economic growth and job creation, as well as if to put the province of Castellón on the map of the positive”, he assured.