PortCastelló is presented in Cersaie as the Port of Ceramics 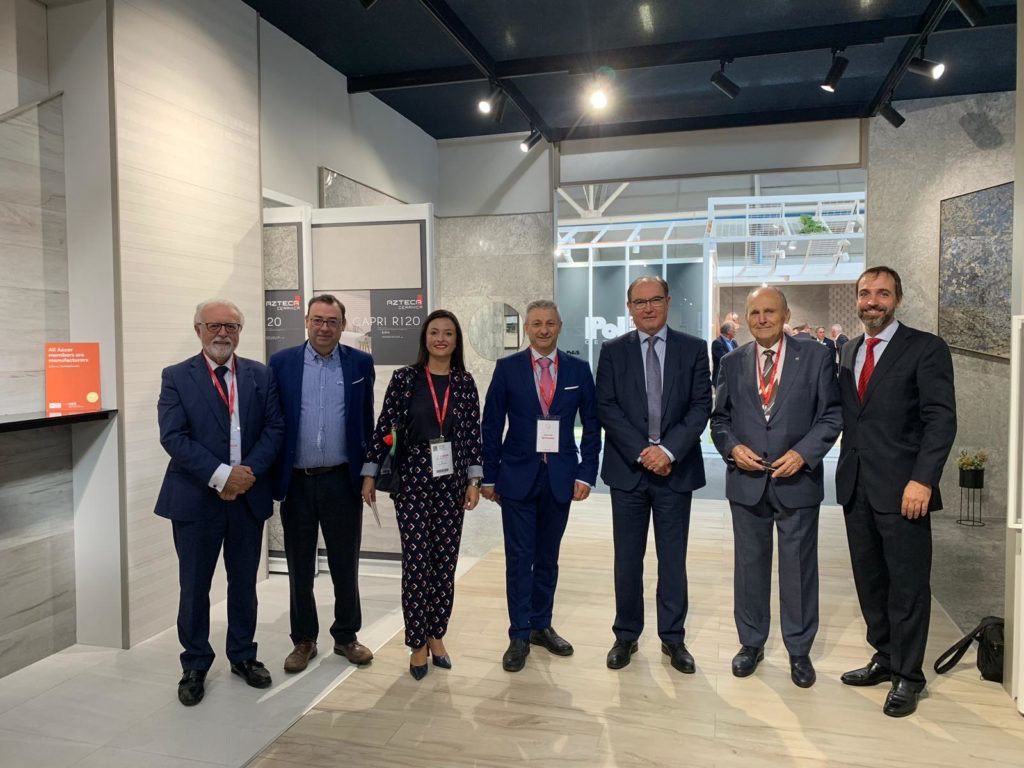 PortCastelló is present at the `Cersaie´ trade fair in the Italian city of Bologna to support the ceramics sector of the province, advertise infrastructure and services that it has to offer and to make clear the benefits of operating from this logistics base.

The president of the Port Authority of Castellón, Francisco Toledo, accompanied by the director of the port, Ana Ulloa, and the manager of the PortCastelló Foundation, Miguel Rojo, are holding meetings with various managers of companies in the ceramics sector of the province, given the weight of this sector in the economy of Castellón.

It must be remembered that 90 percent of the companies manufacturing ceramic products are concentrated in the province and that is why the port of Castellón plays a fundamental role. In fact, it occupies the fourth position of the 46 ports that make up the Spanish port system in solid bulk traffic thanks to imports of raw materials for the ceramics industry.

The president of the Port Authority of Castellón has indicated that the growth of traffic in the port of Castellon related to the ceramics industry confirms the link between PortCastelló and the sector: in eight years, its export traffic has grown 101% and Import traffic 196%.

Businesses in Castellón have communicated their optimism to Francisco Toledo in this edition of the fair, motivated by the increased influx of visitors, as well as by confirming that the Spanish sector is gaining market share from its main competitor, the Italian sector.

During the day, Francisco Toledo highlighted the role of the ceramics sector as a fundamental pillar of the economy of the province ”. “It is exemplary for its results, its capacity for innovation and research and its contribution to increasing industrial GDP.” “It has been through various crises over the past few years, but thanks to the sacrifice and effort of employers and workers it has emerged strengthened as a whole.” Along these lines, he insisted that “the sector has the unconditional commitment of PortCastelló”.