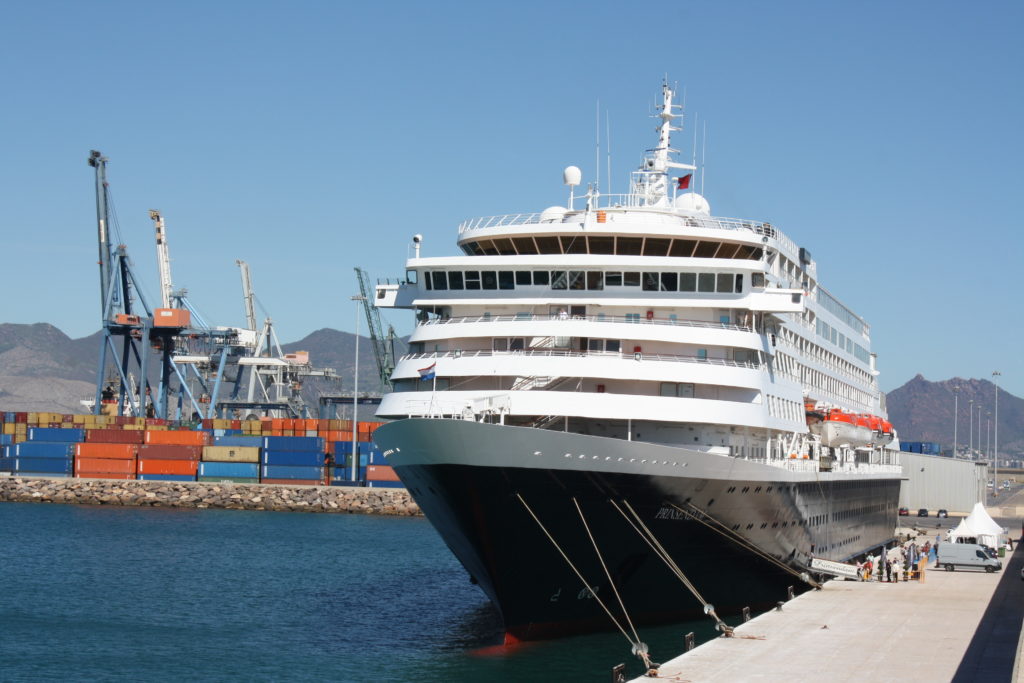 PortCastelló receives this Friday the first of the 5 cruises planned for this year. This is the ship Crystal Esprit, and will be the first in the history of the port that will dock at the Levante Quay, next to the recreational area of ​​the Muelle de Costa, and in the same area where the Portuguese bacaladero Santa Maria Manuela was already received during the Escala a Castelló event.

This luxury cruise vessel began operating in 2016 through of the North American company Crystal Cruises, a subsidiary of the Japanese shipping company Nippon Yusen Kaisha. It belongs to a class of vessels known as   boutique yachts and will dock this Friday with 80 crew members and 52 passengers on board, mostly wealthy Americans and Japanese.

The Port Authority of Castellón has carried out works to improve accessibility  in the Levante dock in order to have everything ready to receive the cruise passengers, who have hired a wide range of  excursions. Among them playing golf with the father and coach of Sergio Garcia, walk through the Sierra de Irta and participate in the reconstruction of nests, practice underground cave kayaking in the caves of San José in Vall d’Uixó, or walk the greenway that joins Benicassim with Oropesa, concluding with a spa session at El Palasiet. Some cruise passengers have chosen to visit the city of Castellón on foot in a select three-hour route that includes a visit to the market and tasting of local products.

The Crystal Esprit inaugurates the cruise campaign this season in PortCastelló, in which a total of 5 have been scheduled to visit. The president of the Port Authority of Castellón, Francisco Toledo, stressed that “we have managed to overcome the barrier of the two annual cruises, fruit of the work of all the institutions involved “, in reference to the City Council of Castelló, Provincial Council of  Castellón, Turisme Comunitat Valenciana, Chamber of Commerce, Aerocas, University of Castelló, PortCastelló Foundation and the Port Authority itself, integrated under the umbrella of Castellón CruiseClub.

Francisco Toledo has also highlighted the positive results of the commercial action of the PortCastelló Foundation, with the organization of familiarization trips with operators and shipping companies to promote Castellón as a cruise destination. During these fam trips industry agents have the opportunity to get to know the tourist, gastronomic and cultural offer of the province.

The next scheduled stop in PortCastelló is that of the ship Sirena, from the Oceania Cruises shipping company, which will be followed during July, August and October by Marella Cruises, the Marella Dream.