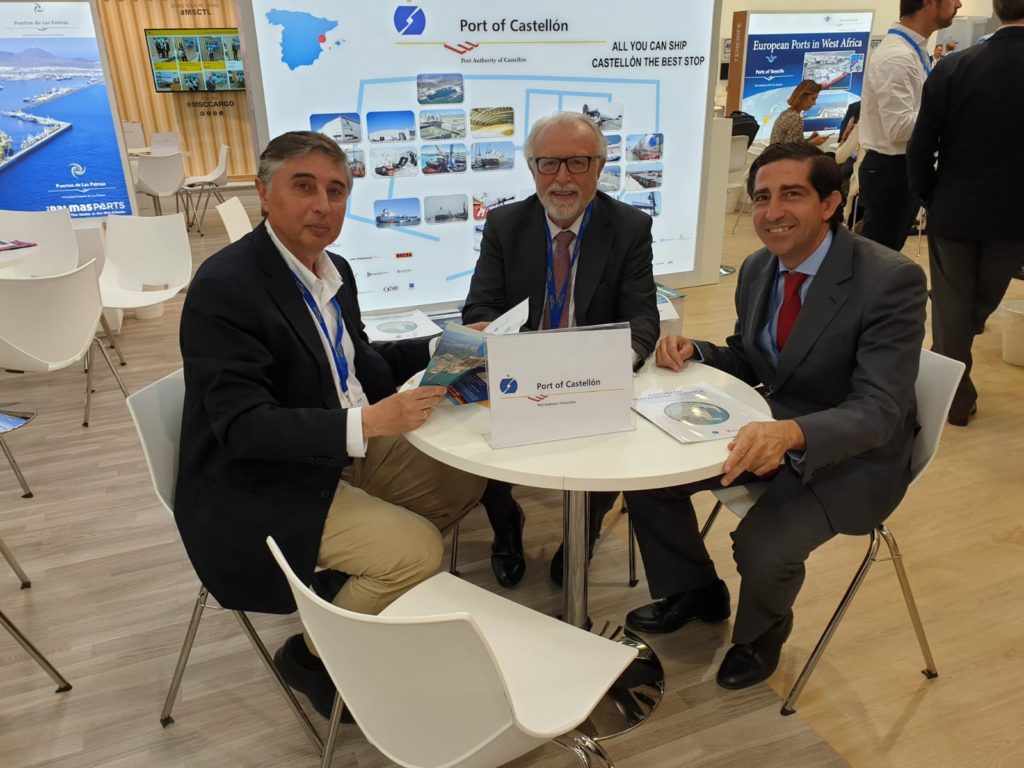 The Port Authority of Castellón, through the PortCastelló Foundation and together with representatives of the Port Community , is participating in another Transport Logistics event in Munich through the stand that has been installed there by Puertos del Estado.

PortCastelló is holding various meetings at the fair to present its innovations in the field of productive and logistics infrastructure, including more than 3 million square meters near the port of Castellón. At the same time, it will provide information about advances in the new railway accesses in the south, the rail connection between the two docks that will allow the circulation of goods from north to south, the connection with the future Mediterranean corridor and the construction of the intermodal station that will be financed 100% by the port and which will be located in its vicinity.

“These infrastructures will represent a qualitative leap forward for the port by providing optimum connections by land, both road and rail, and will allow the full potential of the South Dock to be realised,” said the president of the Port Authority of Castellón, Francisco Toledo.

To these infrastructures we must add the logistics management of raw materials. The Port Authority of Castellón has awarded two concessions for solid bulk terminals, which have involved mobilizing a private investment of more than 40 million aimed at improvements in environmental protection and high-performance handling systems.

Meanwhile, 12 million euros of private investment have been committed to expand the concession for the Portsur solid bulk terminal.Francisco Toledo expalined, “These investments will result in greater sustainability, efficiency and effectiveness, and will position PortCastelló at the forefront of the handling of solid bulks.” .

The port of Castellón attends this fair having broken records of traffic in 2018 and climbing to ninth position of the 46 [ports of general interest in the Spanish port system. “It has been a record year, both in traffic volume and in economic results, in which important decisions have been made for a transformation that will make the port a more competitive entity,” said Francisco Toledo.

One of the highlights is the 18% increase in total traffic, which is more than five times the growth of the port system. In relation to economic results another statistic that stands out, is the growth of 14.1% in the result of the year, which places PortCastelló as the third most profitable port in the country.