PortCastelló shows its potential to the businesses from Teruel 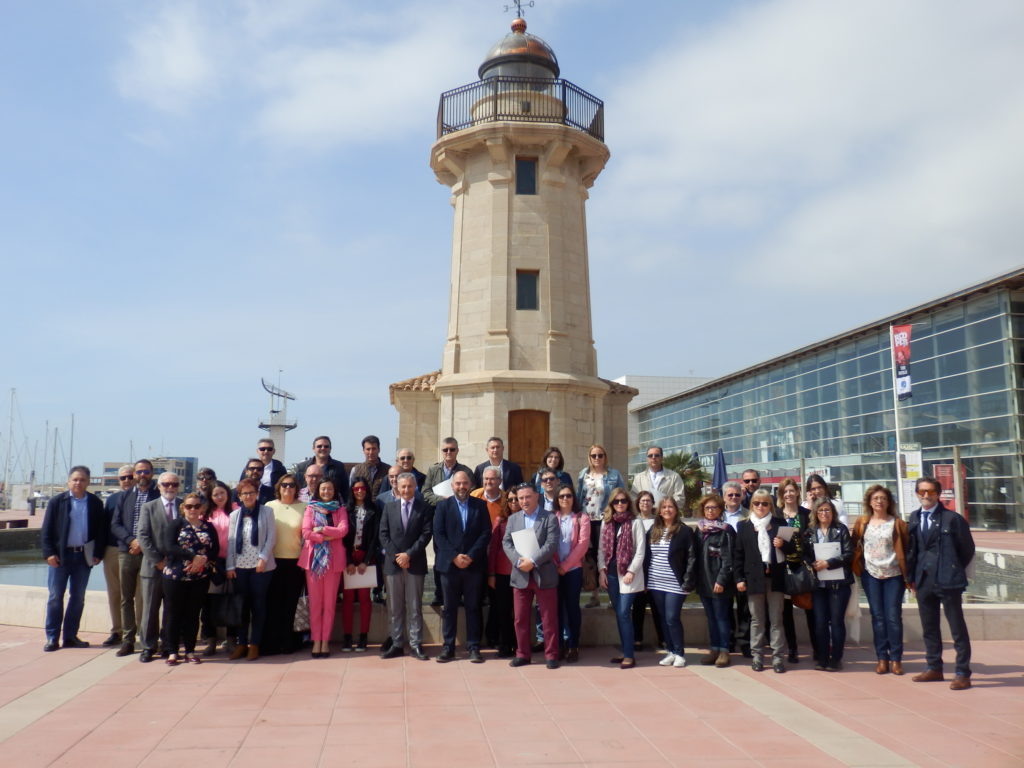 A total of 45 entrepreneurs from Teruel from different sectors have visited the port of Castellón to get to know at first hand the opportunities that operating from the port might provide, in a conference organized by the PortCastelló Foundation in collaboration with the Chamber of Commerce of Castellón. The business delegation was led by the president of the Chamber of Commerce of Teruel, Antonio Santa Isabel, and the president of Cepyme Teruel, Juan Andrés Ciércoles.

It is the first time that PortCastelló has organized a promotion of these characteristics with Teruel companies in the port itself. The activities were planned with the slogan “Puerto de Castellón, Puerta de Teruel“, given that the port of Castellón can connect Teruel with more than 101 countries.

The president of the Port Authority of Castellón (APC), Francisco Toledo, stressed that “Teruel is a strategic area for PortCastelló”, and referred to the need to strengthen relations with its business network. Thus, it has presented the potential offered by the port area, including its optimal connectivity. In fact, it is the fifth best connected in Spain according to the Maritime Connectivity Index developed by the Valencia Port Foundation and which measures the volume of connections, destinations and vessel frequency of the ports.

The day served to highlight other data that place PortCastelló among the top ports in  Spain, such as being the third most profitable in the country and the first in terms of operating income. “All this has allowed us to lower rates for three consecutive years, because we are a port that translates profitability into improving competitiveness,” said Francisco Toledo.

The president of the APC explained to entrepreneurs that PortCastelló occupies the ninth position of the 46 ports of general interest in merchant traffic, “growing above the average, 18% compared to 3.3% of the rest of the system” .

The entrepreneurs of Teruel toured several terminals specialized in different types of traffic in order to see the diversification and versatility achieved by the port of Castellón.  They visited the terminal of containers of APM Terminals Castellón, the solid bulk terminal of PortSur and the refrigerated terminal of Noatum from which the oranges are exported to the United States.

They have also been informed of the investments in productive infrastructures that will improve PortCastelló’s land and rail connectivity, a liquid bulk berth and the new logistics zone to continue growing in a sustainable manner and generate employment.

The day included a visit to facilities of some companies from Teruel that have made investments in concessions in the port of Castellón.