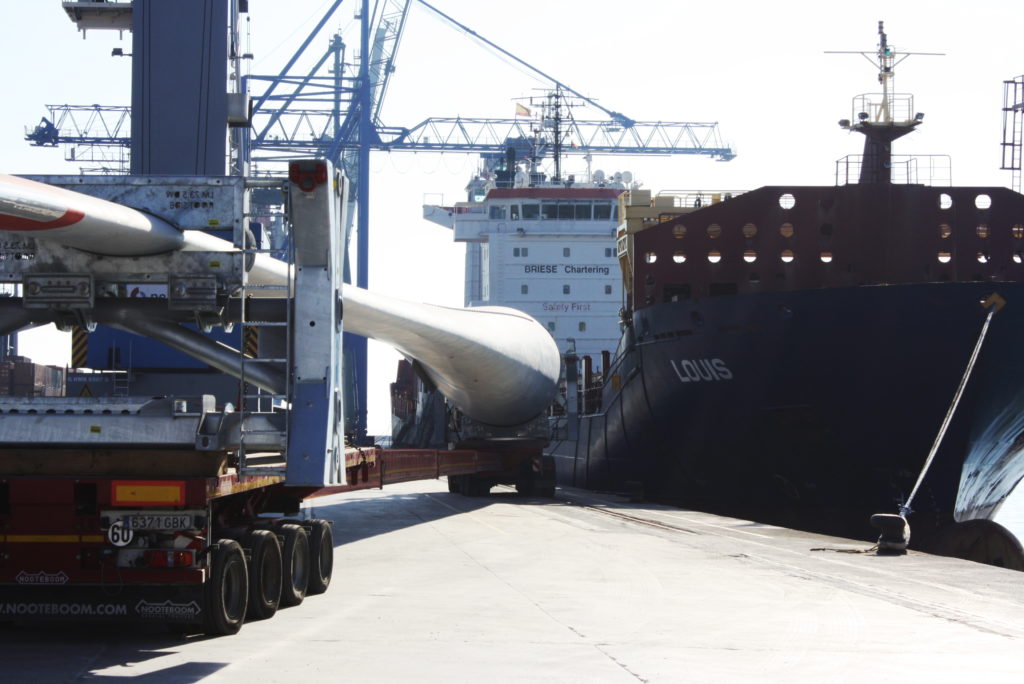 The Port of Castellón, through the PortCastelló Foundation, is participating in Breakbulk Europe 2019, the trade fair specializing in “project cargo” and bulk cargo that serves as a meeting point for logistics operators, freight forwarders and manufacturers from around the world.

More than 11,000 professionals of the sector participate in this event, which is held from today until May 23 in the German city of Bremen. PortCastelló is taking part  under the commercial umbrella of Puertos del Estado in the “Ports of Spain” stand with the aim of showing its logistic potential and its growth, which places it among the first nine Spanish ports and fourth in solid bulk traffic.

In fact, PortCastelló is presented in Breakbulk Europe as having set new records in terms of of tons moved in 2018, exceeding 21 million, which makes it the second port of the port system with the highest total traffic growth, with 18%. It will also show its record of solid bulks with 7.4 million tons last year, being the port that has grown the most in this type of traffic.

The Foundation will also promote the potential offered by the Castellón port area in terms of connectivity. In fact, it is the fifth best connected in Spain according to the Maritime Connectivity Index recently developed by the Valencia Port Foundation and which measures the volume of connections, destinations and frequencies of the ports.

On the other hand, PortCastelló will disclose at the fair its potential for the handling of special loads and special machinery, as evidenced by the fact that the Danish multinational LM Windpower has chosen the port of Castellón to export the blades of 73.5 meters in length for wind generators from its factory in Les Coves de Vinromá to the North Sea. They are the largest that are manufactured in Europe and their transport and boarding require very special operational and technical conditions.

The port of Castellón has organized an ample and varied work agenda to establish business contacts and to provide information about the productive infrastructures in terms of road and rail connectivity as well as its new logistics area.

The president of the Port Authority of Castellón, Francisco Toledo, stressed that the port of Castellón is an essential logistics node in the Mediterranean and stressed that “we are highly competitive for the transport of special cargo”. At the same time, he pointed out that “the project load industries generate business opportunities”.