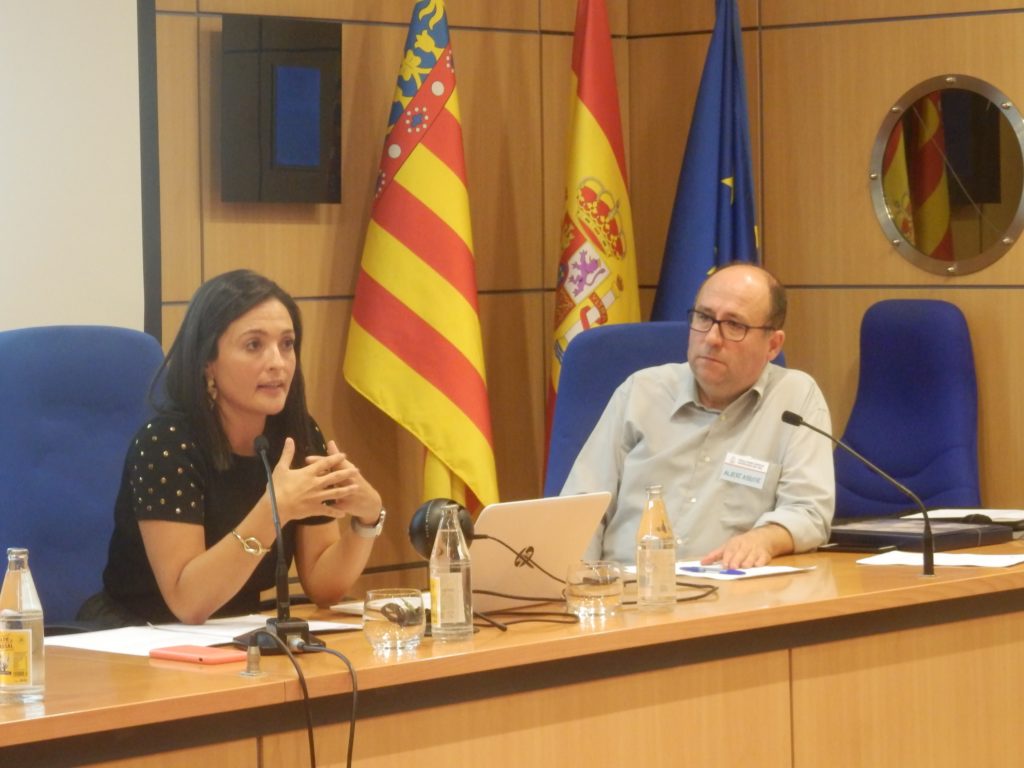 Since Thursday Castelló has been the host to the XXVIII National Assembly of the Pastoral del Mar that brings together the main Stella Maris centers of the Spanish coast. This biannual meeting, which will last until Saturday, is organized by the Spanish Episcopal Conference and has the close collaboration of the Port Authority and the City Council of Castellón.

The opening ceremony was attended by Francisco Toledo, president of PortCastelló, who welcomed the attendees of all the delegations and recalled how the centre was set up, in a property ceded by the Port Authority to Stella Maris. Castelló  almost three years ago. Toledo praised the selfless work of this group of volunteers who “put a human face, heart and soul to the daily dynamics of the port community.”

For his part, the Councilor of Social Welfare, José Luis López, said in his address that the Mediterranean is a sea of ​​economic, cultural and social opportunities. “The municipality of Castellón could not –he declared-  be left out of this task of reception and accompaniment to the sailors who in a large number arrive in our port everyday”. López recalled that during his last vacation he accompanied the volunteers on two visits to ships to see firsthand how the task of information and advice is provided to the crew members of the boats moored in our port. This councilor  reiterated the unanimous commitment of the municipal corporation to continue providing economic and financial assistance so that this service which helps visiting sailors from all over the world, may be maintained.

The closing ceremony of the opening ceremony was carried out by the bishop of the Diocese of Segorbe-Castellón, Casimiro López, who recalled the origins of this project that he himself promoted from 2015 and which became reality two and a half years later, after fruitful negotiations with institutions and entities of all kinds, especially with the Port Authority and the City Council of our capital. The bishop of the diocese encouraged those present, representatives of various delegations from all over Spain, to work for the dignity of those that work at sea, to give them a warm welcome and, as Pope Francis has said, to listen to them and provide them with warmth. Subsequently, in this inaugural session, the national director of the Apostolate of the Sea, Ramón Caamaño and the delegates of the ports at this general assembly were also present..

Finally, the director of the Port, Ana Ulloa, gave the inaugural presentation on the “Humanization of the ports”. The managing director of the Port mentioned the differences between the port workers of Castelló of the last century and the current working conditions with greater safety and professionalism. “Only in Mediterranean Spain, port activity and the sea generates half a million jobs.” Ulloa has mentioned that in the Strategic Plan of the Port – which is currently being drawn up – measures related to the philosophy of the blue economy will be included, something which entails greater sustainability, respect for people and safeguarding the environment.

For Friday, the plan is to discuss, among other aspects, the world of fishing, the benefits and actions of the Social Institute of the Navy, the rights of merchant seamen and the advisability of establishing Welfare meetings in the Spanish ports .