The plaza de Sète welcomes “Picasso, the journey of Guernica” 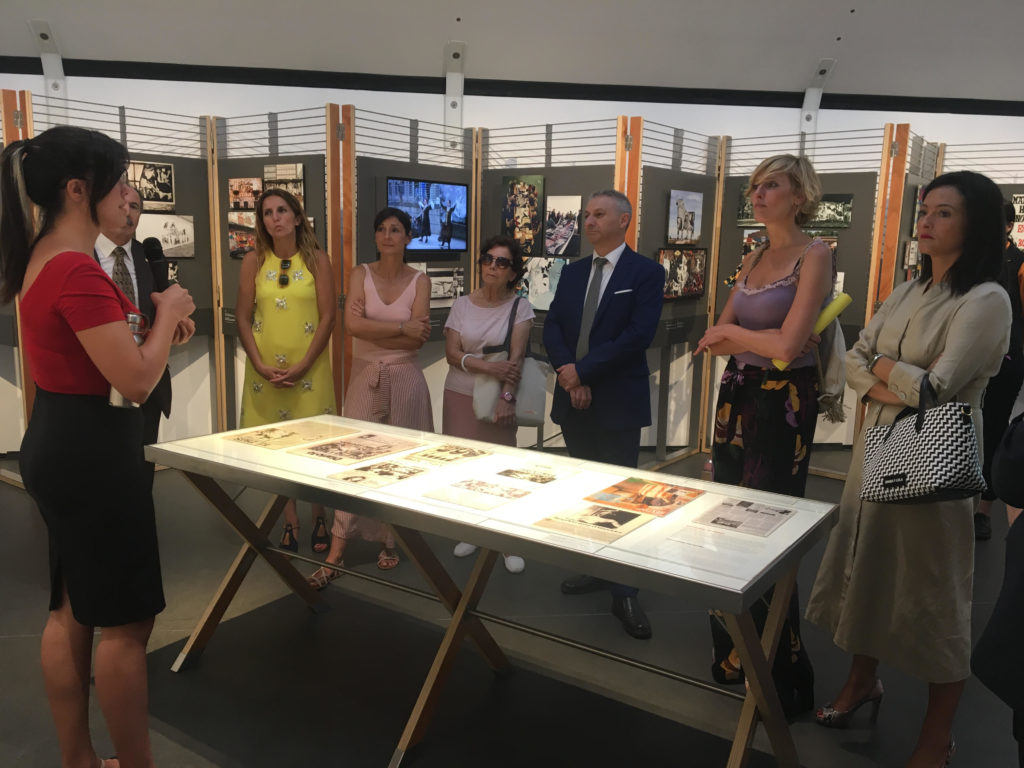 The exhibition will remain open between July 16 and August 28

“This exhibition presents a piece of the history of art and the history of Spain.” These are statements by the President of the Port Authority of Castellón, Francisco Toledo, at the inauguration of “Picasso, the Journey of Guernica”, an exhibition  on the history that surrounds the work of maestro Picasso and that has been organised by La Caixa and the Reina Sofía Museum. The exhibition will remain open from July 16 to August 28 in the Plaza de Sète at the port of Castellón, next to the Plaza del Mar.

Coinciding with the commemoration of the 80th anniversary of Guernica, the exhibition offers a historical tour of the work of Picasso from its beginning in Paris in 1937 to its permanent location in the Reina Sofía National Art Center Museum, in 1992. Visitors will discover the creative process that the famous Spanish artist used in order to carry out his work, as well as the full meaning of its anti-war message and the reasons why the work traveled around the world for more than forty years.

This was explained by the curator of the exhibition, Manuela Pedrón, during the opening of the exhibition, which was attended by the Councilor for Culture of the City of Castelló, Verónica Ruiz; the director of Business Area CaixaBank in Castelló province Norte, Anna Chiva, and the delegate of the Banking Foundation “La Caixa” in the Valencian Community, Soraya Casado, together with the president of the Port Authority of Castellón, Francisco Toledo.

Francisco Toledo has placed value on the social work of “La Caixa”, “dedicated to the neediest, but also to research and culture” and for which it was awarded the Faro PortCastelló Social Commitment award in last year’s edition.

The exhibition “Picasso. The journey of Guernica “has an innovative space: the UD 100. This system converts the trailer of a truck into an exhibition space of 100 square meters, with a height in its central part of up to 5.5 meters. The exhibition includes audiovisuals, photographic reproductions and posters of the time, and facsimiles of documents and drawings that aim to explain the history of the creation and journeys of one of the most representative works of the most important artists of the 20th century.