Ports of the mediterranean join in defense of the corridor 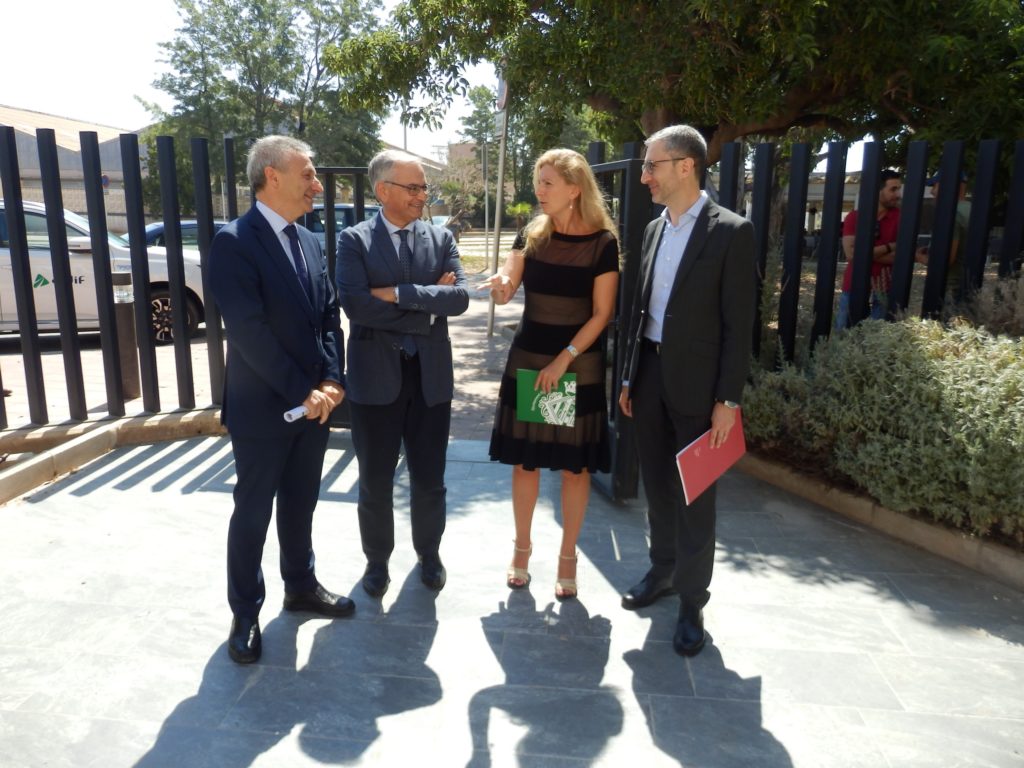 The Port Authority of Castellón hosts a conference in which ports of all the autonomous communities through which the infrastructure passes have participated.

The objective of the conference was to study the investments that are being made by the ports in rail connectivity since they produce a large volume of rail freight, in the words of the president of the Port Authority of Castellón, Francisco Toledo   “to get Spain out of the lowest position of the European Union in rail freight transport, and in this way to improve the competitiveness of the economy “.

The round table was addressed by the mayoress of Castellón, Amparo Marco; the Minister of Territorial Policy, Public Works and Mobility of the Generalitat Valenciana, Arcadi Spain; the president of FERRMED, Joan Amorós, and the Commissioner for the development of the Mediterranean corridor, Josep Vicent Boira.

The mayoress pointed out that the Mediterranean corridor and its connection with the ports is “a matter of competitiveness, development and future” and for this reason  the new logistics area that is contemplated in the General Plan of Urban Planning next to the port of Castellón must be considered “fundamental.” For his part, the Minister of Territorial Policy, Public Works and Mobility of the Generalitat Valenciana, said that “ports should not be separated from their environment and must move with the society around them in search of growth and quality employment in a sustainable and efficient way “.

The president of FERRMED stressed that the Mediterranean arc is “one of the most dynamic areas in Europe” and has argued for the need for the Mediterranean corridor “as an environmental issue”. In this regard, he recalled that the transport of goods is “responsible for 30% of CO 2 emissions, and therefore rail corridors must be promoted as an alternative.”

The Commissioner for the development of the corridor has ensured that “we are working  to make this infrastructure a reality this year.”

The managing director of the Port Authority of Castellón, Ana Ulloa, highlighted the geostrategic location of the port of Castellón and the steady increase in the transport of all types of goods. In her speech, she referred to the investments in railway connectivity included in the port’s investment plan, such as the intermodal station, the connection between its two docks and the connection with the Mediterranean corridor.

This new infrastructure will establish the port of Castellón among the best connected of the Spanish port system. It is expected that at the end of this year the intermodal station will be tendered once the functional study carried out by the Generalitat Valenciana is completed. The investment is 20 million euros.

The tender for the connection between docks by means of retractable bridges is set to be issued in the coming months, with an investment of 17 million. Finally, the construction project for the connection of the port with the Mediterranean corridor is very advanced, and it is expected that this year the co-financing agreement will be signed with the Ministry of Public Works.

The event served to make clear the investments that the seven ports present in the conference (Alicante, Almeria, Barcelona, ​​Cartagena, Castellón, Tarragona and Valencia) have undertaken in railway connectivity, stations and even in the improvement of the general network of railways, to a value close to 400 million euros.

In addition, the essential role played by both the Commissioner for the development of the Mediterranean corridor and FERRMED to promote collaboration between ports has been highlighted, in a way that is similar to that used by the Baltic ports. This was explained by the president of the Port Authority of Castellón, who closed the conference recalling that 80% of Spanish imports pass through Spanish ports and 60% of exported goods.. “Therefore, the ports are producing very large volumes of goods traffic “.