PortCastelló promotes its connections with Morocco 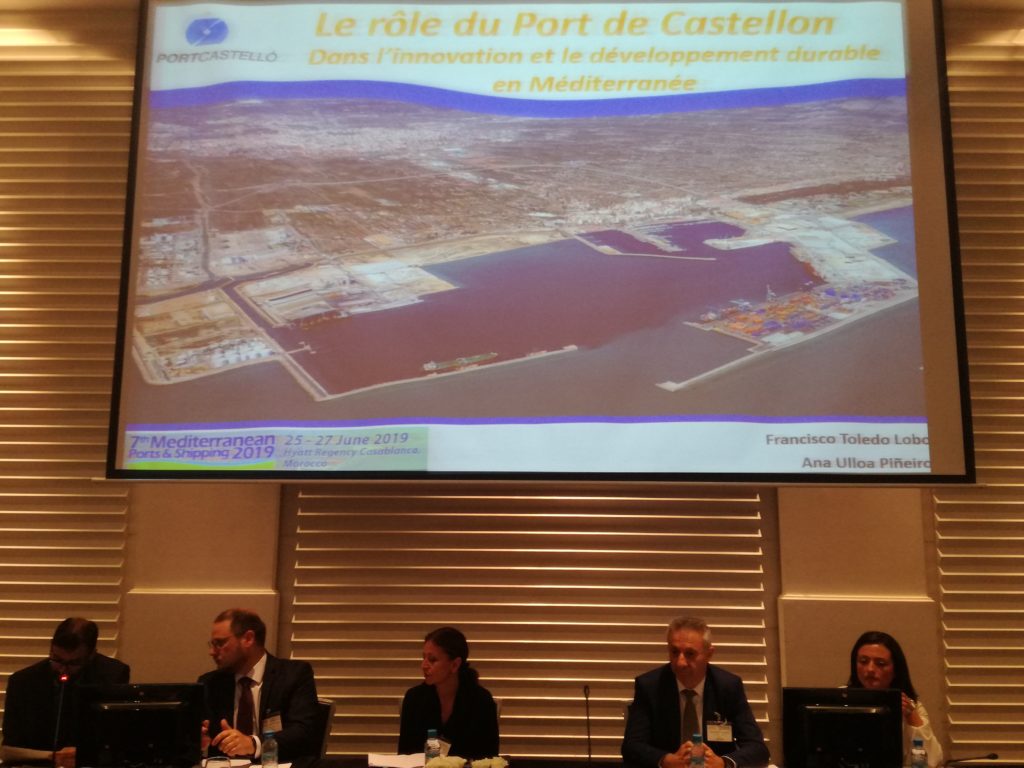 Francisco Toledo and Ana Ulloa  highlighted the geostrategic position of the port of Castellón, as part of the Mediterranean corridor, as well as the actions that have been undertaken during the last three years in terms of environmental protection, with 18 specific measures, mainly related to the reduction of particulate emissions to the atmosphere.

Those responsible for the Port Authority of Castellón have reported the growth experienced in the port of Castellón in the traffic of all types of merchandise, which places it at number 9 in the Spanish port system and closing 2018 with a total of 21,137. 477 tons moved through its docks. In particular, PortCastelló is the 4th port in solid bulk traffic, the 7th in liquid bulk, the 9th in general merchandise, the 7th in container traffic and the 5th in import / export.

Francisco Toledo and Ana Ulloa highlighted the versatile profile of the port of Castellón, linked to the productive sectors of the province of Castellón, and have reported the planned productive infrastructures in terrestrial connectivity “to place Castellón as one of the best connected ports in the system “, as explained by the president of the Port Authority of Castellón.

The participation of the Port Authority of Castellón in the Mediterranean Ports & Shipping is relevant given the freight traffic it has with Morocco, currently the second country of destination for exports from PortCastelló, when just two years ago it was placed 21st in terms of exports from the port area of ​​Castellón.

The Port Authority of Castellón considers that there are great business opportunities  in Morocco, both for imports and exports, and that is why during the trade mission contact with the port of Casablanca has been established in order to strengthen developing trade relations.

At present, the port of Castellón has regular lines with Morocco through the shipping companies MSC and Borchard, as well as other connections with North Africa with Medkon Lines, SEM and MTL Spain. According to a recent study conducted by the Valencia Port Foundation, the port of Castellón is the fifth best Spanish port in terms of maritime connectivity.