The port of Castellón participates in Fruit Attraction 2019 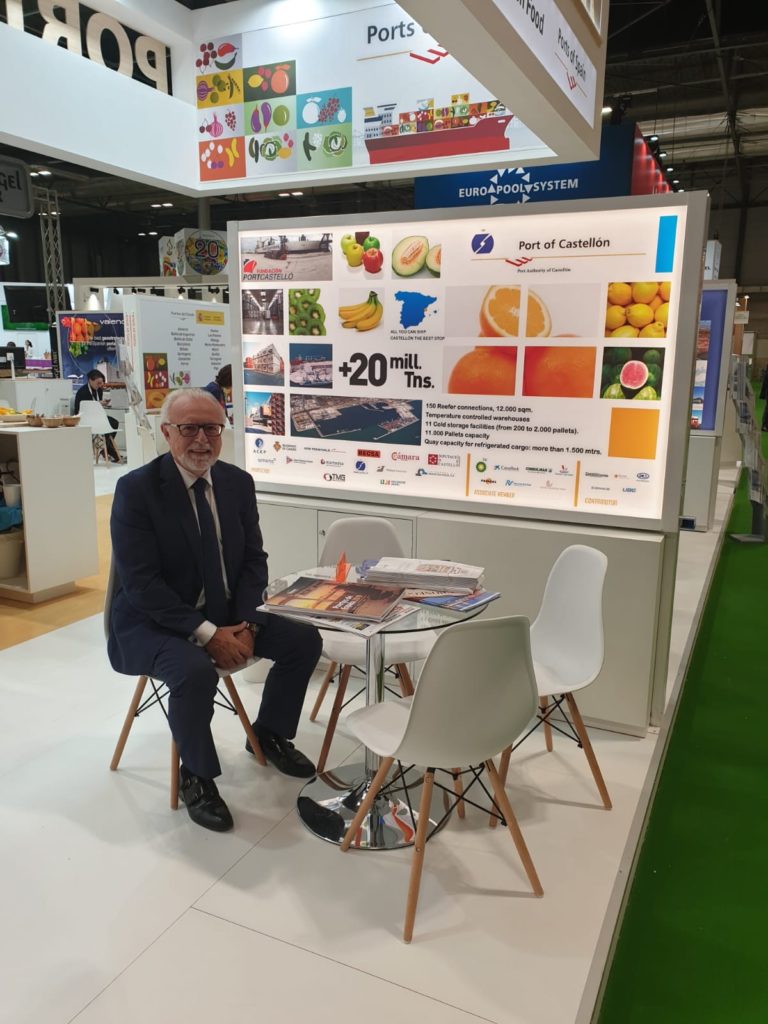 The port of Castellón, through the PortCastelló Foundation, is taking part in the International Fruit Attraction Fair, the reference fair in the fruit and vegetable sector, held in Madrid

And it does so with exceptional figures: during 2018 it moved a total of 52,088 tons of fruits, vegetables and legumes. Most of this merchandise corresponds to citrus fruits, a total of 48,545 tons, compared to 45,915 in the previous year, which represents a growth of 5.7%.

The port of Castellón is attending the fair with the objective of strengthening its offer in international agrifood trade in an event that represents the greatest meeting point for all operators in the national market with the productive sector. In fact, 90,000 professional visitors and the presence of 1,800 companies from 130 countries are expected.

The president of the Port Authority of Castellón, Francisco Toledo, has pointed out that “Fruit Attraction is an excellent opportunity to establish contacts with the main suppliers of this market and to let them know the advantages of operating from the Castellón port area”. It should be remembered that PortCastelló has a specific fruit and vegetable terminal with a large refrigerator that makes it possible to cope with the most demanding protocols for the transport of fruits and vegetables.

The PortCastelló Foundation has the support of its employers, associated and collaborating companies, and its participation in the fair is one of the promotional acts approved for this year 2019.

A port at the service of its productive sectors.

It should be remembered that the Board of Works of the Port Castellón was established 117 years ago, thanks to the work and vision of the people of Castellón who worked at the end of the 19th century in order for a commercial port to be established. The port was born from business demand to meet the export needs of the citrus sector, the main economic engine of the province at the time. PortCastelló was born as a collective project of society linked to its main economic sector.

Thus, the export of oranges accounted for 90% of PortCastelló traffic during the first 20 years.