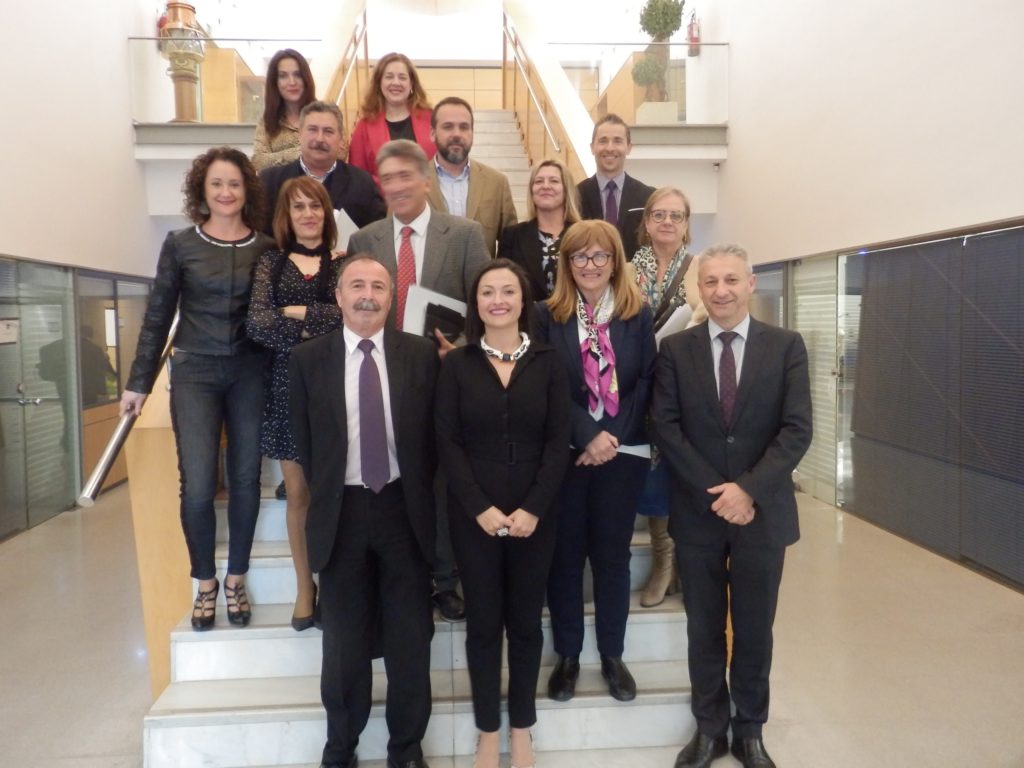 The panel of judges has recognised their work in the fields of Safety in the Workplace, Environmental Protection and Social Commitment.

The awards will be presented on the 12th of April.

The Port Authority of Castellón has hosted the last of the meetings held by the judges of the PortCastelló Lighthouse Awards. On this occasion they selected the winners in the categories of Safety in the Workplace, Environmental Protection, Social Commitment and Culture, this last being included for the first time.

The judges have recognised the work done by Noatum Terminal de Castellón S.A. and Terminal Marítima del Grao S.L.U. in Environmental Protection, the BP Oil Refinery of Castellón in Safety in the Workplace, in Social Commitment Stella Maris Castelló and Col.lectius per la Cultura al Grau in Culture.

In total there were 55 members from various sectors of the jury for the Lighthouse Awards. A jury made up of equal numbers form the various sectors with a majority from outside the Port Authority who have deliberated over a total of nine categories: communication, innovation business trajectory , safety in the workplace, environmental protection, social commitment and culture. Their recommendations will be put before the Board of Directors of the Port Authority of Castellón. The awards will be presented on April 12th.

Details of the candidates

1.- Safety at the Workplace S: BP Oil Refinery of Castellón

“Safety comes first” is the motto of the refinery which has been operating for fifty years and become one of the leading companies of its type. Safety at BP is maintained through three basic principles: design and maintenance of the plant processes and operating regulations and its people. And also through an integrated management system HSSE (health, safety, security environment) . The company has various tools and control mechanisms to create a culture of safety. As a result of this, last year saw 5 million man hours without accidents causing days off work and more then 25,000 hours of safety training. In addition they have inaugurated a new safety training centre and have set up a system for specifically and systematically evaluating risks in every place of work

Both terminals have committed themselves to investments which will revolutionise the loading and unloading of solid bulks in the port of Castellón and will provide it with a greater level of environmental protection. The investemts are the fruit of the decision by the Port Authority to put the concession of the ‘Muelle de Ceramica’ up for tender.

The environmental proposal by Noatum commits 3.17 million euros to new installations, machinery and improved infrastructure. They will construct a completely closed storage space on the dock for operations there, and material will be transported by conveyor belt right into the store. Weigh machines, wheel washing equipment, ecological hoppers will also be installed. These measures will be reinforced with the use of water sprays. In addition Noatum plans to construct a second closed storage area in the interior part of the dock which is connected to it.

The environmental proposal by TMG involves a commitment to spend 17,2 million euros. They will construct two semi closed storage areas for operations in the terminal which will be carried out by a covered conveyor belt system which will take material directly into the warehouses. They will also install weighing machines and wheel washing equipment. They will complete their measures for environmental protection with water spraying equipment.

This is an organization founded in 2014 made up of six associations based in El Grau which have united their efforts to promote, encourage and dignify culture in the town. The members of the federation are   Botafocs, Coral Polifònica Sant Pere, Associació Cultural Dolçainers i Tabaleters del Grau, Grup de Danses Illes Columbretes, Associació Cultural La Barraca and Unión Musical del Grau. They organize cultural activities such as exhibitions, theatre and dance such as the “Firas de la Cultura al Grau” held on the ‘Muelle de Costa’ and which will take place for the fourth time this year. The creation of the ‘Xarxa Cultural del Grau’ should also be mentioned, a directory of cultural resources in the maritime district.

“Stella Maris” is a part of a network of voluntary centres set up to provide assistance to merchant seaman all over the world. It was established in Castellón in 2017 thanks to the initiative of volunteers, the support of the Diócesis in the Parish of San Pedro Apóstol, the property offered by the Port Authority of Castellón and finance by the Town Council of Castellón.

Since its creation in Castellón assistance has been provided to 1,500 seamen, most of who have made use of the van which Stella Maris -lent by ITF – has provided for transport to and from their vessels. The centre is a place where seamen can find information about public , businesses, tourist and health services and it provides them with means to contact their families and seamen from the crews of other vessels. In addition volunteers have visited 75 vessels.