“Romanorum Vita”. A history of Rome 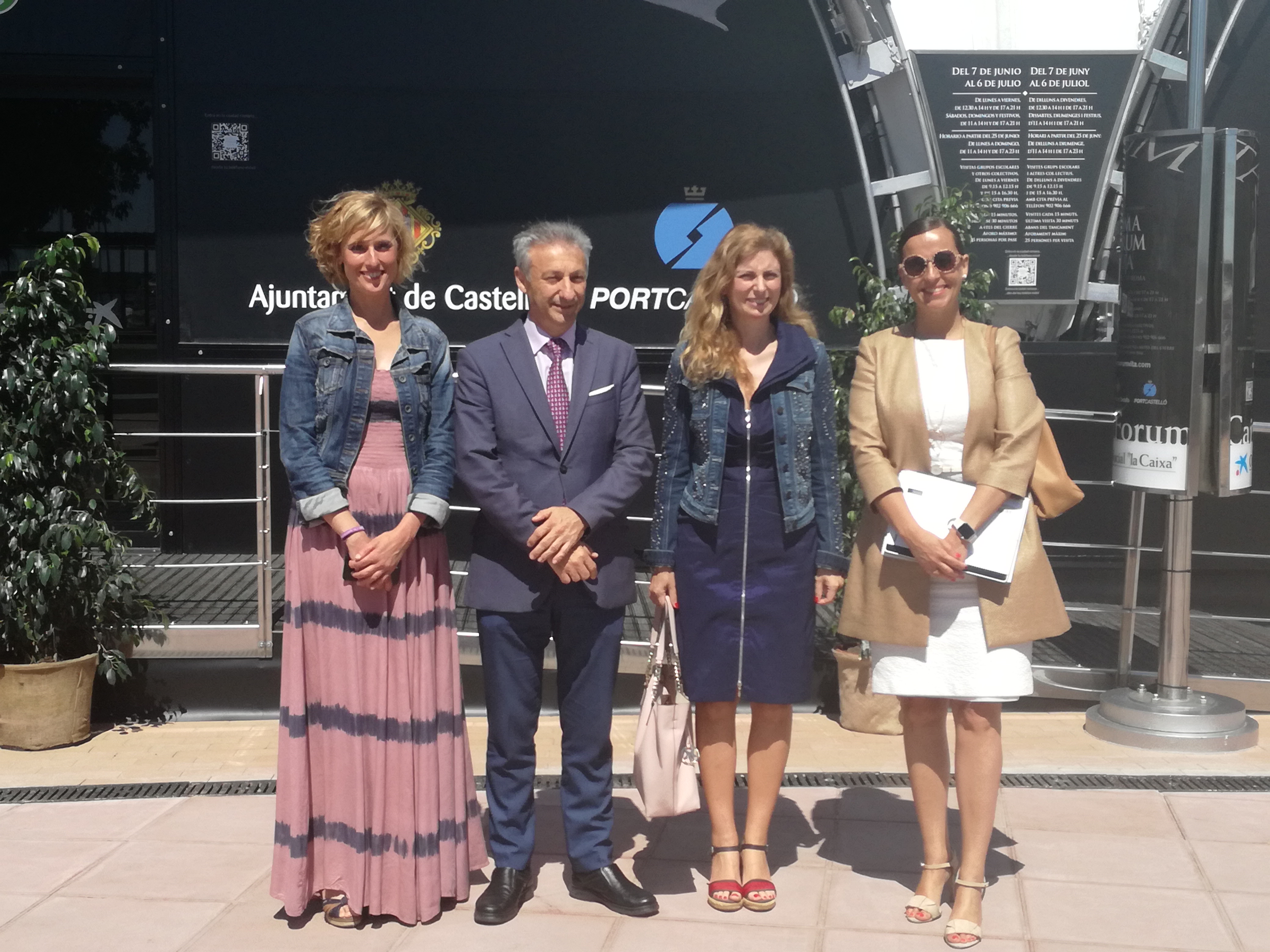 Journey back in tiem and get to know how men and women lived in other times and learn about their daily activities and customs, is a recurring fantasy in human history. The Roman Empire has been one of the favourite destinations for this type of trip, it is a period that has inspired novels, films and TV series. On one hand we are impressed by the greatness and opulence of imperial life, and on the other we are fascinated by small details which allow us to form an impression of the reality of the daily lives of Roman citizens. The exhibition put on by the Social Work Programme “La Caixa”, organized in collaboration with the Port Authority and the Town Council of Castellón, invites visitorsto walk through a Roman town reconstructed on the basis of description in literature, archaeological evidence from 2000 years ago so that it can be seen the Romans are not so far from us. Romanorum Vita aims to create a new concept for presenting history making it accessible to the general public. It takes visitors for a walk around a Roman town shortly before the destruction of Pompey in 79 AD, a high point of imperial Rome. It is a town on an ordinary day, business, the importance of water, smells, forms of religious expression, among others; all the things that were going on around the the great stages of Roman life, the senate, the forum, the theatres and the circus.

The exhibition, organized and produced by Obra Social ”la Caixa”, is presided over by Isabel Rodá, professor of archaeology at the Universidad Autónoma de Barcelona. Romanorum Vita can be seen in the Plaza del Sète- Port of Castellón, from 7th June to the 6th July 2018.

The mayoress of Castellón, Amparo Marco; the president of the Port Authority, Francisco Toledo; the commercial director of CaixaBank in the Valencian Region, Beatriz Alventosa; and the curator of the exhibition Isabel Rodá; have inaugurated Romanorum Vita. A history of Rome today.

La Obra Social ”la Caixa”, in collaboration with the Port Authority and the Town Council of Castellón, present an historical exhibition which aims to explain in a way that that has never been done before, what life was like on the streets of a Roman city. This is a mobile exhibition which invites visitors to look, smell, listen and in fact live fora few hours like Romans. To this end a fragment of a Roman city of the imperial period has been recreated. The reconstruction is based on descriptions in literature and archaeological evidence from 2000 years ago, reproduce full scale replicas of some of the distinctive features of a Roman town.

For long time, archaeologists and historians have made great efforts to recreate the daily lives of ancient peoples. Archaeological finds and literary texts help us to know in great detail how cities were organized and how people lived. But even in the best conserved Roman towns, like Pompey, it is difficult to imagine living streets, businesses, smells, ways of expression, popular religion and all the life that went on around the senate, the forum, the theatre and the circus. In what we know as the Roman empire there were a large number of cities connected by road and by sea, all centred on the central power of Rome, which was at the same time a market place, the seat of central administration and the religious centre. It had extensive areas of paved streets, with drains and running water. Like cities today, Roman cities suffered the effects of over population and property speculation. These aspects are explained and can be seen in the exhibition.

In Romanorum Vita visitors discover that in the streets where artisans and traders work there are all kinds of activities and that these streets are full of people. Walking along any street or around the forum of a Roman town, visitors can see what the latrines were like and the smell they gave off. Or what was sold in Roman times as fast food.

Innovative use of various techniques have been used in the exhibition – from the inclusion of the sounds and smells that were characteristic of those times and even ways of interacting with the scenery and audio visual aids so that spectators can immerse themselves in the city and discovery similarities with modern day life. One of these projections shows the facade of the ‘domus’ 12 metres wide in which can be seen leading citizens of the city in a film featuring more than 30 people.

The 400 square metre exhibition, welcomes visitors to an archetypical city of imperial Rome and shows a normal day in such a city, twenty four hours in which life in the street is shown as well as the life of an upper middle class family in their house.

La Obra Social “la Caixa”, with its desire to make the exhibition accessible to everyone, has also provided facilities for those with impaired vision such as audio descriptions and a guide in Braille.

The Romans, close to us

One of the main aims of the exhibition is to draw parallels between the cities of then and now. In a Roman town for example, activity never ceased for a moment, especially after an edict issued by Julius Caesar prohibited cart and animal traffic during the day in order to prevent accidents. So during the day the street were safer but the noise at night increased enormously. It wasn’t easy to sleep at night in a Roman city. The exhibition also explains the social relationships between people of different social classes. In Roman towns rich and poor lived together. Everyone shared the uncomfortable aspects of living in a crowded city, noise, smells, and the occupation of the streets by artisans and traders.

The exhibition also portrays other important elements of public life, such as polotics and religion. The streets were, in this sense, places where people came together and where religion was practised. On street corners there were small alters dedicated to gods protecting the neighbourhood and the people living there. When it was time for elections, election advertising companies made the name of candidates known by painting their names on the walls while proclaiming their virtues, while taking on people to go out and ask for votes.

Lastly, visitors to Romanorum Vita can enter a typical middle class house and walk around the different parts of the house to see how it is organized, what kind of decoration was used and the colours used to paint the walls.

Romanorum Vita, much more than an exhibition on the web

This on line project which can be accessed at www.romanorumvita.com and www.laCaixa.es/ObraSocial, allows users to get to know about the exhibition through a virtual tour which contains elements that have been expressly designed for the online version, including Roman voices which describe day to day situations in Roman life and the description of the historical works which have been used as source material for the exhibition. There is also a digital catalogue and an explanation of how the exhibition was created, for example video footage of the actors, among other things.

In addition, didactic material has been prepared to reinforce the educative nature of the exhibition. A blog for use by the general public has also been set up, with particularly schools and families in mind, which includes recommendations for before and after visits to the exhibition and which is activated as the exhibition passes through various cities. Also some of the possibilities offered by social networks to update contents and to publicize the exhibition particularly to younger people.

A history of Rome

Visits by school groups and other organizations: