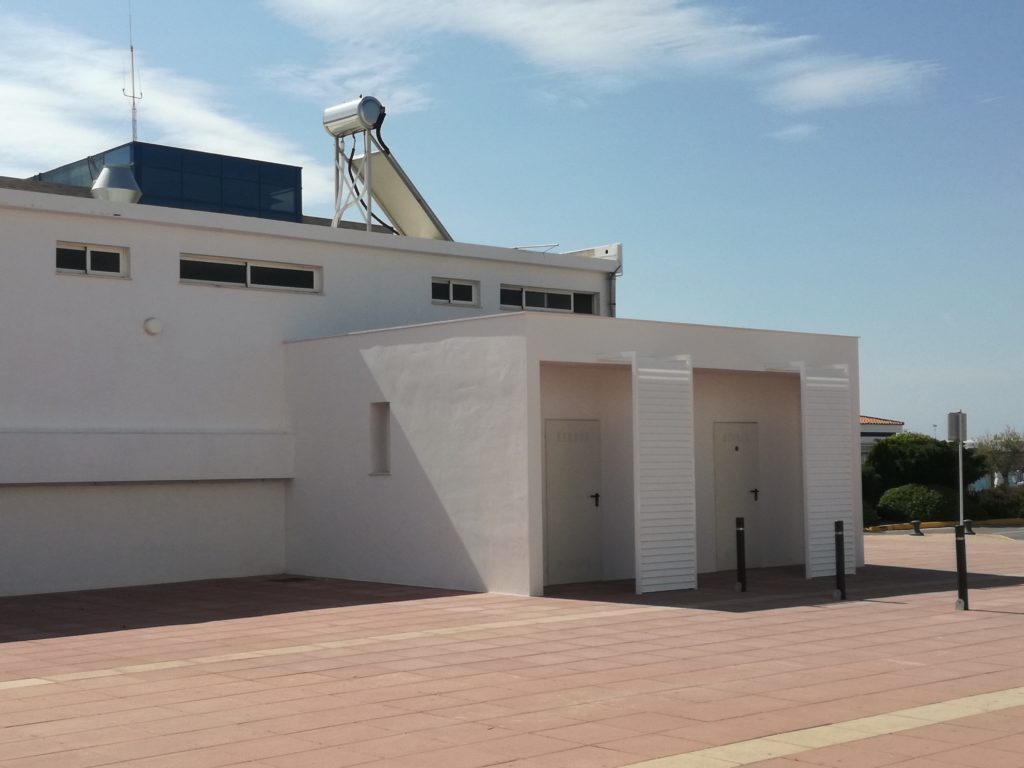 The Port Authority of Castellón has constructed new toilets in the Plaza del Mar in order to improve the facilities available to the public in the Muelle de Costa. They are situated in front of the Moruno Building, next to the sailing school and the stair case to the old Yacht Club that was not in use.

The toilets are equipped so that people with limited mobility will be able to use them and so they comply with current regulations and provide better facilities than before. The old staircase has been demolished. The investment in this projects was 40,000 euros.

Building work is a part of the the improvements that the Port Authority has been carrying out on the Muelle de Costa at a cost of 280,000 euros , the aim of which is the improve this part of the port as an area for leisure and public use. Other measure already taken include the opening of the Plaza de Sete, a new space measuring 2000 square metres which is now available for public use and which cost 180,000 euros. In addition, pedestrian access ways to the Plaza del Mar and the Plaza del Sete from Hermanos Bou have been completed.

Other improvements include the installation of lights and electrical point in all the Muelle de Costa to facilitate the organization of leisure activities, which until now required the use of generators with extra cost and noise. The vents have also been removed as they were a danger for children and have been substituted for benches. At the same time the parking facilities at the entrance to the Muelle de Costa have been reorganized and new flower beds have been installed to make the are more attractive.

Lastly, the water channel at the entrance of the Moruno Building will be removed for no particular reason except it was a nuisance for pedestrians.

The president of the Port Authority of Castellón, Francisco Toledo, referred to the importance of making the best use of the Muelle de Costa as a tourist attraction and a place for leisure time activities because it brings the port closer to the people who live nearby. He said, “More and more events are being organized and taking place at PortCastelló, such as the Red Pier festival and the Escala a Castelló.” He also referred to the increasing number of visitors to events such as the port open day.

Francisco Toledo went on to say that making the port of Castellón the driving force behind the economy of Castellón Province requires more than just investment in industrial infrastructure, it is also necessary to bring the port closer to the citizens of the town and make it more attractive for them.