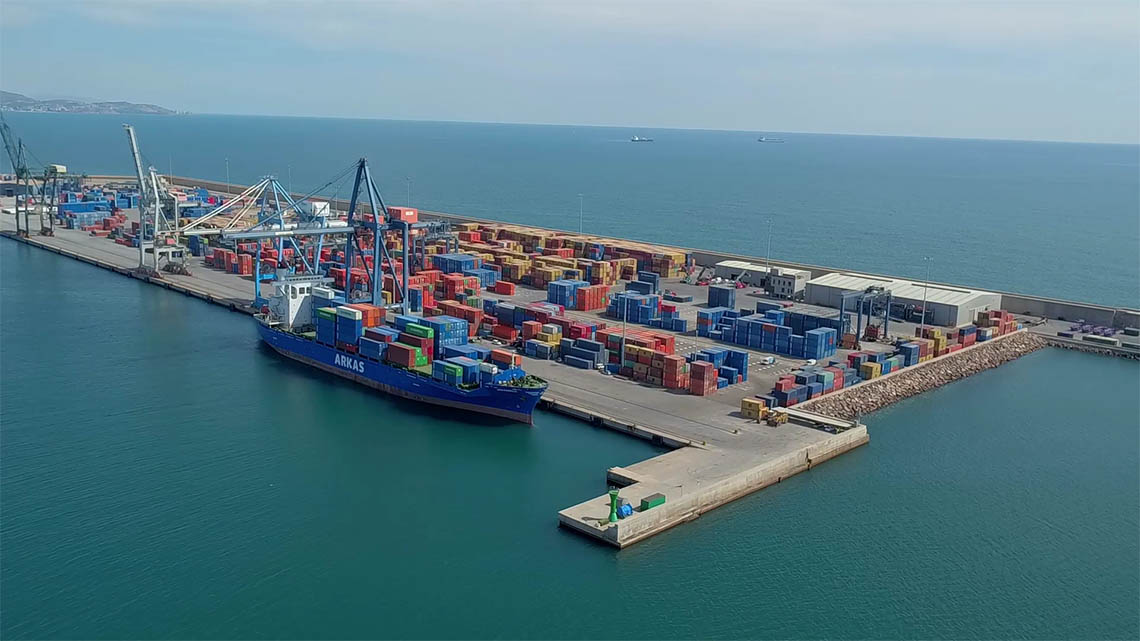 The Port of Castellón has grown 4.9% in terms of total goods traffic.

The Port of Castellón closes 2017 breaking its own traffic records, reaching nearly 18 million tons and growing 4.9% compared to the previous year in terms of total goods traffic. The final total was  17.910.534  tons, which is 833.951 tons more than in 2016. This growth exceeds the expectations of the Port Authority, which had fixed 3.5% as its objective in the Business Plan.

The good results from the ceramic sector have had a a considerable influence on these spectacular figures. In fact, in 2017, traffic in solid bulks increased 24.3% compared to the previous year. 6,463,716 tons of these materials were transported through the port, confirming the Port of Castellón’s position as the port for ceramics. The Port Authority of Castellón will continue this year to develop the South Basin area and add 90,000 square metres to the new logistics area which can be used for the storage of raw materials for the ceramics industry.

Traffic in general goods also increased 2.7% in 2017, a total of 3,583,884 tons. And lastly during the previous year, traffic in bulk liquids decreased 6.2%, due fundamentally to the maintenance turn around at the refinery. Nevertheless, the decrease in traffic at BP (807,413 tons) has been compensated for by the growth in other businesses working with bulk liquids, such as the bio-diesel plant 300,000 tons more, to make a total of 7,834,583 tons of this type of product.

The President of the Port Authority of Castellón, Francisco Toledo, has called these results for 2017, ‘magnificent’. “Not only because we have we reached record figures, but because they also reflect the growing diversification of traffic which it the way towards sustainable growth for the port of Castellón.” In fact, solid bulks made up 43.5% of the total traffic followed closely by solid bulks with 36.1% and general goods with 20% of the total.