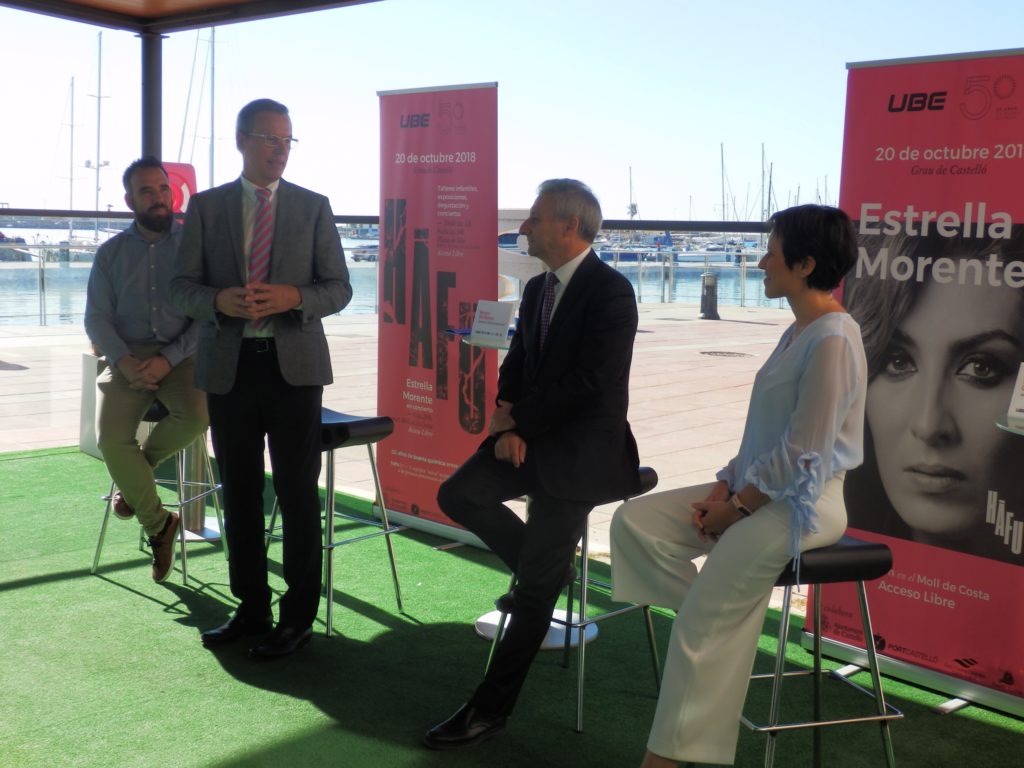 Francisco Toledo has highlighted the relationship between the multinational chemical company and the port and El Grau, Castellón

During the meeting organised by the UBE Corporation Europe to present their plans for celebrating the the 50th anniversary of the construction of their plant in the Serrallo Industrial estate the president of the Port Authority affirmed that, “the symbiosis between UBE and the port is complete.”

Francisco Toledo thanked UBE for choosing to celebrate the occasion in the Plaza de Sète and the Muelle de Costa. It is a step towards Corporate Social Responsibility and reflects their commitment to making the inhabitants feel more involved.

The celebration will take place on the 20th of October and will include workshops for children in the plaza de Sète between 1100 and 1400 where they will learn how to make Japanese ‘paipais’ masks and learn something about Japanese calligraphy. In addition it will be possible to try dishes combining Japanese cookery with the best products from El Grao by personnel from the the local catering school at very reduced prices. All the proceeds will be donated to the Spanish Cancer Association.

There will also be workshops on the the subjects of sustainability and best practices which will, according to the president Bruno De Bievre, “help visitors to explore the world of UBE through an exhibition showing the 50 year history

The celebrations will be closed by a concert given by the singer form Granada Estrella Morente which will start at 2000 on the Muelle de la Costa. Entrance is free.

The celebration has been given the name ‘Hàfu’ which is derived from the English word ‘half’ and in Japanese is used to refer to people from other countries or cultures.”It is the word that best describes the cultural mix between UBE and Castellón after so many years.” commented Dè Bievre.