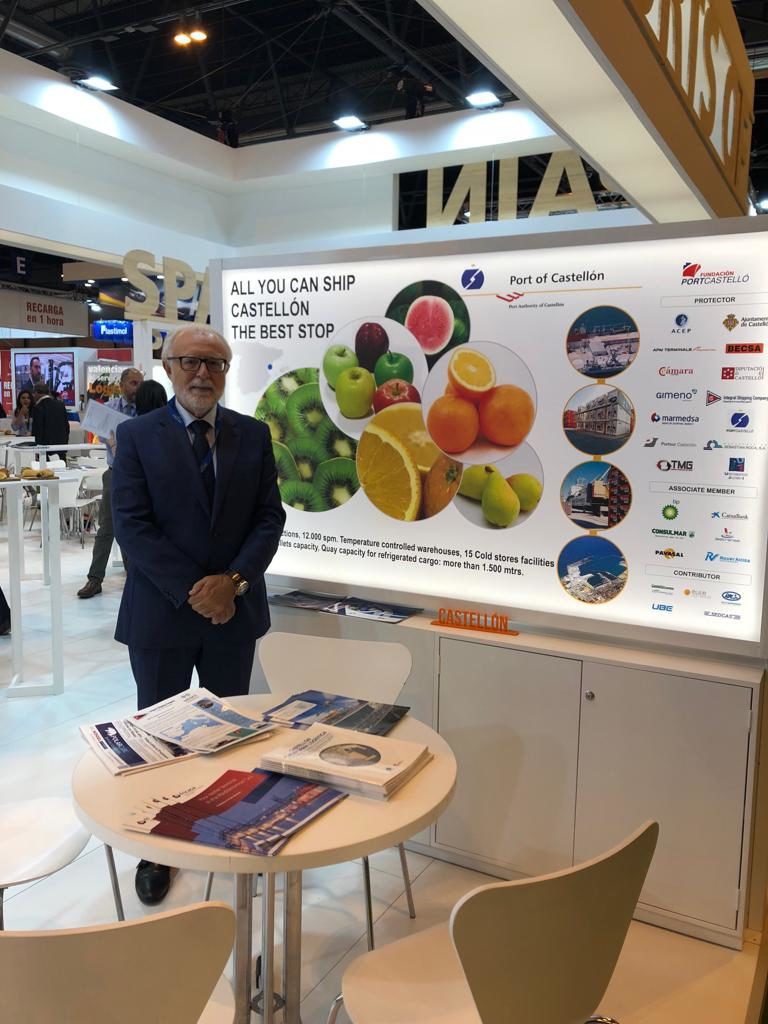 The port of Castellón, through the PortCastelló Foundation, is participating in the International trade Fair Fruit Attraction, the most important fair in the fruit and vegetable sector, which is being held in Madrid from today until the 25th October. And it does so with excellent figures: so far this year PortCastelló has moved a total of 31,163 tons of citric fruit, which is 36% more than the previous year.

The Port of Castellón is present at the fair with the objective of making its services to the international agro-foodstuffs industry more attractive, at an event that brings together all the productive sectors in the national market. In fact, 1,600 companies related to the fruit and vegetable business are present at the fair which will be visited by 70,000 people from 120 countries.

For this reason, Miguel Rojo, manager of the PortCastelló Foundation, has prepared a very full agenda at the fair, where countries from the EU such as

The president of the Port Authority of Castellón, Francisco Toledo said that, “Fruit Logística is an excellent opportunity to establish contacts with the principle suppliers in this market and let them know about the advantages of operating from the port of Castellón.” It should be remembered that PortCastelló is equipped with a dock specifically prepared for fruit and vegetable traffic with refrigeration facilities able to respond to the most demanding controls on the transport of fruit and vegetables. For example the annual export of clementines to the USA is carried out mainly from the port of Castellón.

The PortCastelló Foundation is supported by patrons, associated companies and collaborators, and its participation in the fair one more promotional event that was approved for this year 2018.