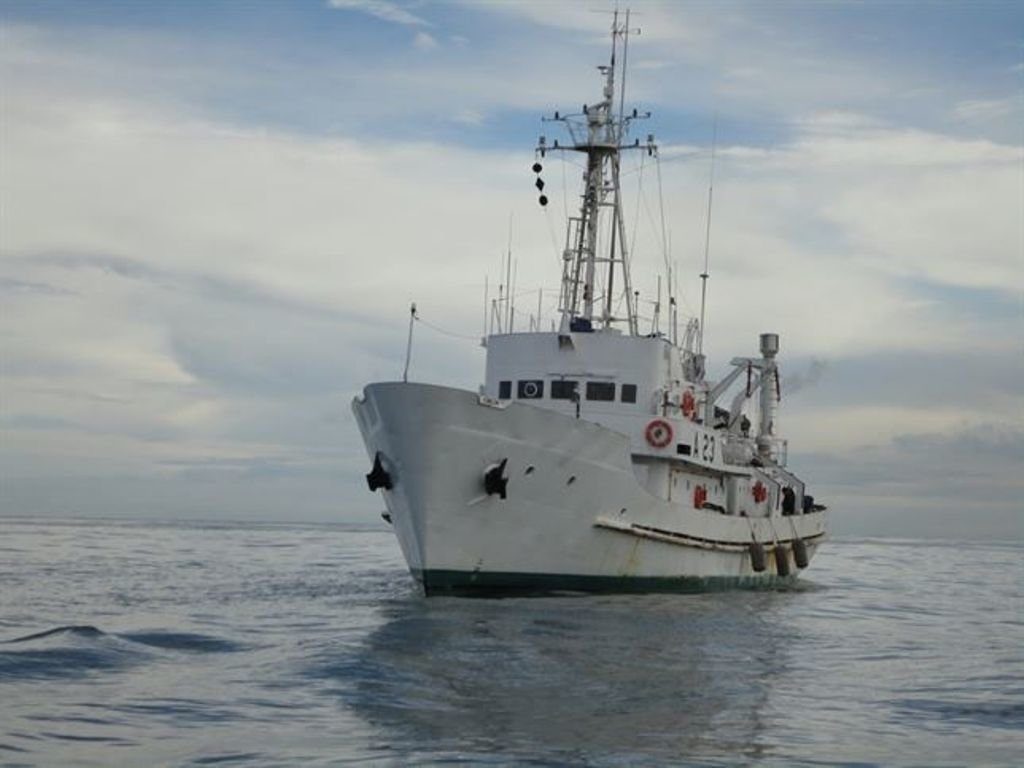 This weekend the Spanish naval vessel ‘Tofiño0’ is expected to visit the port of Castellón. During its stay at the port the vessel will be open to the public on Saturday 27th October from 10:00 to 13:00 h and from 16:00 to 18:30 h; and on Sunday the 28th October from 1000h until 1300. Members of the public will be able to see the which tasks this vessel is equipped to carry out and hydrographic equipment it uses to for these tasks.

At the same time, on Friday 9th November the plan is to receive visits by groups of pupils and students from educational establishments if they are requested.

Between the 15th and 18th of October the hydrographic vessel ‘Tofiño’ (A-32) which is a part of the hydrographic flotilla of the Hydrographic Section of the Spanish Navy, will continue will continue its programme of updating charts in the Levante area of the Spanish coast which it began last year. In particular, the study aims to revise charts for Castellón and the ports of Sagunto, Benicarló, Vinaroz y Peñíscola, as well as surrounding waters and check existing tide meters while taking measures in all the ports mentioned to confirm changes which have taken place with the objective of including these in nautical charts, surveys, lighthouse books and radio signal books.

The vessel will also use acoustic methods to to study the sea bed as well as taking samples from the sea bed in order to gather information about the nature and composition of the sea floor and to be able to include this information in the charts.

This programme forms a part of the important work undertaken by the Hydrographic Department to ensure safety at sea by ensuring that charts and other relevant publication about the Spanish coast and other places of interest for sea goers, are up to date.

The ‘Malaspina’ class, hydrographic vessel ‘Tofiño’ has been in service for 42 years and is one of the vessels belonging to the Spanish Navy which carries out marine surveys necessary to maintain official government charts up to date.

It officially handed over to the navy in 1975, it has a displacement of 1090 tons, is 58 metres long and twelve metres wide and draws 5.2 metres. Currently it carries a crew of 54 people including men and women.

It is equipped with sounding equipment with a range of 4000 metres, and sonar for waters up to 50 metres deep, and lateral sonar for shallow waters up to 30 metres deep which can be used to make more thorough studies of the sea bed. There is a team of divers on board which can help to protect archaeological sites and has a medical department capable of evacuating patients via helicopter.

The navy’s hydrographic flotilla is made up of BH A-31 «Malaspina»,l BH A-23 «Antares» with a shallower draft and three Transportable Hydrographic Launches A-91 «Astrolabio», A-92 «Escandallo» y A-93 «Sondaleza», for coastal surveys,ports or areas with that are difficult to get access