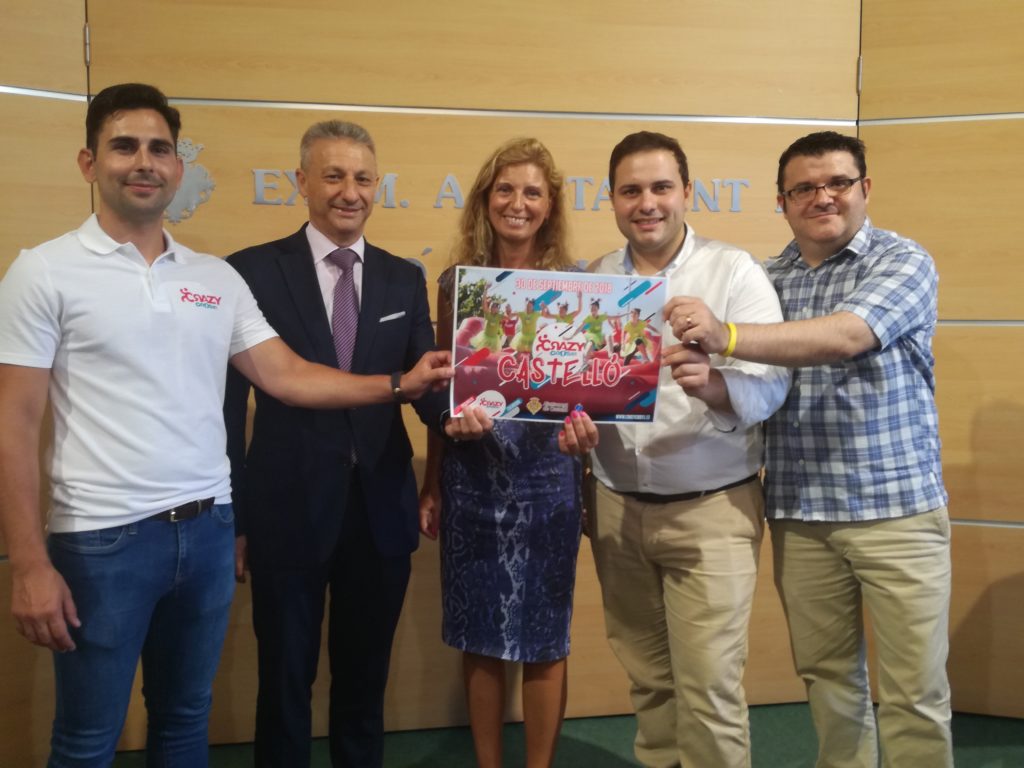 The Mayoress, Amparo Marco and the President of the Port Authority of Castellón, Francisco Toledo, have announced that for the first time an obstacle race with inflatable obstacles will be held in Castellón which will include an important charitable component. The director of this project Javier Atienza and Samuel Falomir, the President of the Multiple Sclerosis Association also participated in the announcement.

Amparo Marco has underlined that the event,known as ‘Crazy Cross’ “is a project designed for young people and families; it is a unique type of race , original and innovative which aims to be fun, where participants will also compete for the best fancy dress, while at the same time contributing to charitable organizations, because every two euros of subscription money will be donated to the Castellón Association for Multiple Sclerosis.

The race will take place on Sunday the 30th September in El Grao, with the collaboration of the Port Authority. The selection of this venue is not by chance. The Mayoress indicated that “it corresponds to our commitment to put our city where it deserves to be, to show it in a positive light, facing the sea as we did with the Escala a Castelló, it is the desire of those in the Municipal government to organize events which favour the both the social and economic regeneration in our city.

For his part,, Francisco Toledo highlighted that “the Port Authority is entirely at the disposal of the Town Council for the organization of this event, for us it is a lovely idea and we hope it will be a success, as was the Escala a Castelló”· Toledo also pointed to the policies the the Port Authority has carried out designed to ‘integrate the port with the inhabitants of El Grao.’

As far as the race itself is concerned, Atienza explained that the ‘ the Crazy Cross course starts, runs through and finishes in El Grao, it consists of 4 kilometres with different inflatable obstacles and gymkhanas, and what is more competitors will have to go round the course twice so they will have double the fun.’

At the same time, he indicated that registration is now open at www.crazycross.es and those who register may choose the time when it is most convenient for them to participate given that there will be a group of around one hundred runners starting every twenty minutes. the price starts at 8 euros and there are also prices of 10 and 12 euros according to whether the person is a family member, the member of a team or an individual.