Toledo presents the objectives for 2017 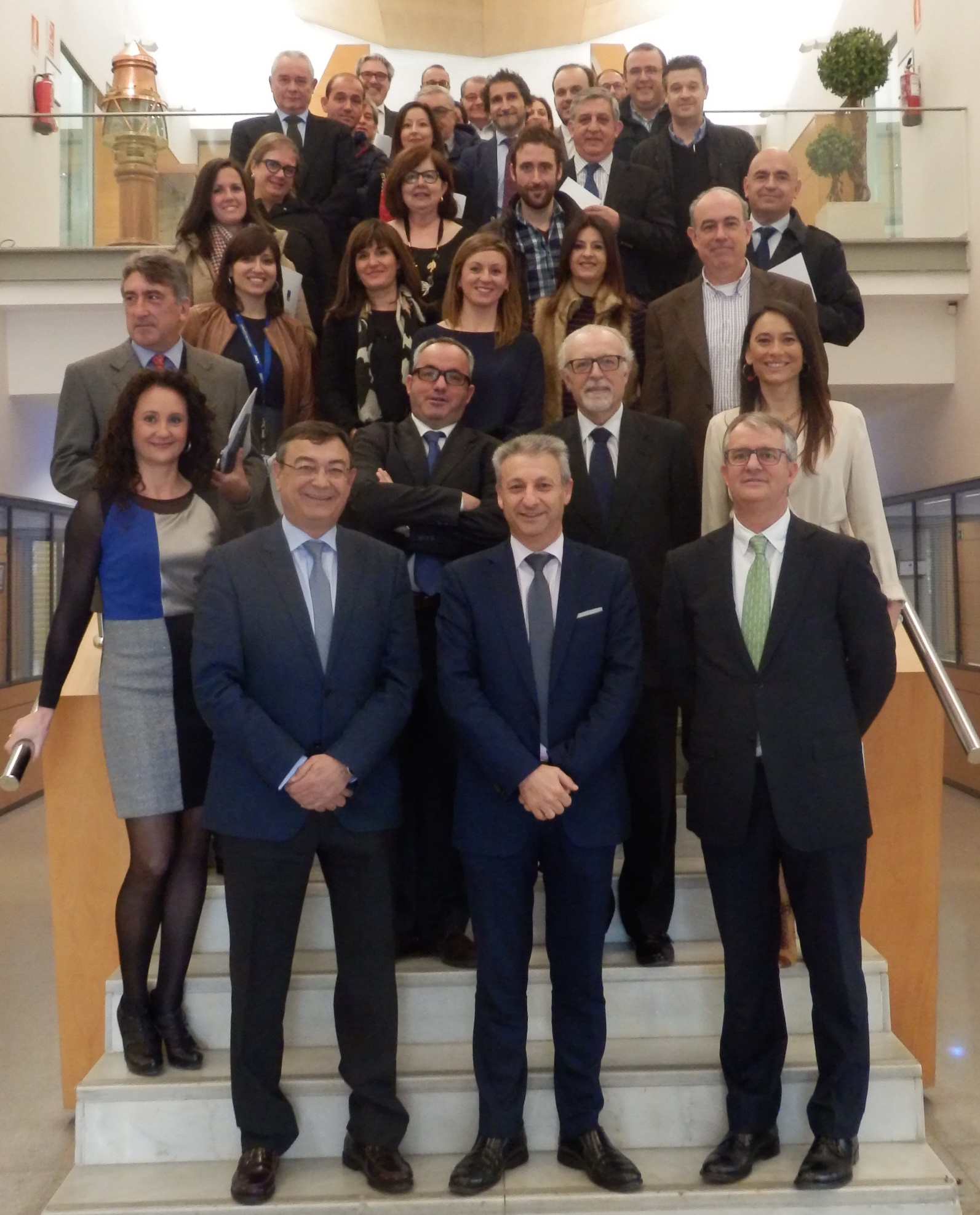 Francisco Toledo presents the closing data for 2016 and the objectives for this year.

The president of the Port Authority of Castellón, Francisco Toledo, together with the Managing Director of the port Roberto Arzo, today presented to the Competitiveness Committee the financial results for 2016 and the main lines of action for this year. Competitive investments, commitment to the environment, good relations with local people and campaigning for fair treatment of the Port of Castellón according to its results will be the main focus of management in 2017.

This was explained to the Competitiveness Committee which gathers representatives of the Port Community twice a year.

A meeting in which Toledo explained that PortCastelló had fulfilled the objectives laid out in the 2013 – 2017 Strategy Plan. A plan which is confronted this year with the commitment to build a railway to connect the two basins of the port, consolidate the policy of bonuses towards economic sectors such as  ceramics and to extend measures designed to protect the environment in order to create a sustainable port.

The head of the Port Authority reminded those attending the meeting that 2017 is the last year for carrying out the provisions of the Strategy Plan currently in place, “and as it comes to a close we can say that PortCastello is doing things well.” This in reference to traffic figures for last year which show that 17 million tons of goods moved through the port – an all time record. “The figures are excellent and even more so if we compare our performance with the rest of the Spanish ports system, since our growth is triple the average”

Toledo also informed the committee about the  Investment Plan from the present until 2021. “We have succeeded in gaining approval for an ambitious investment plan valued at 76 million euros which will reach 157 million euros when we include the cost of the new rail access. This is a most important development  which will improve the road and rail links to the port, urbanize the South basin, construct a new dock for bulk liquids and in short increase our capacity to compete.”

The Competitiveness Committee includes representatives from all the interest groups which take part in activities at PortCastelló, both public, such as the Harbour Masters Office, ADIF or the Port Authority itself, and private groups such as customs agents, shipping agents, stevedores, concession holders and transport companies. The objective is to monitor how the Strategy Plan is being carried out.