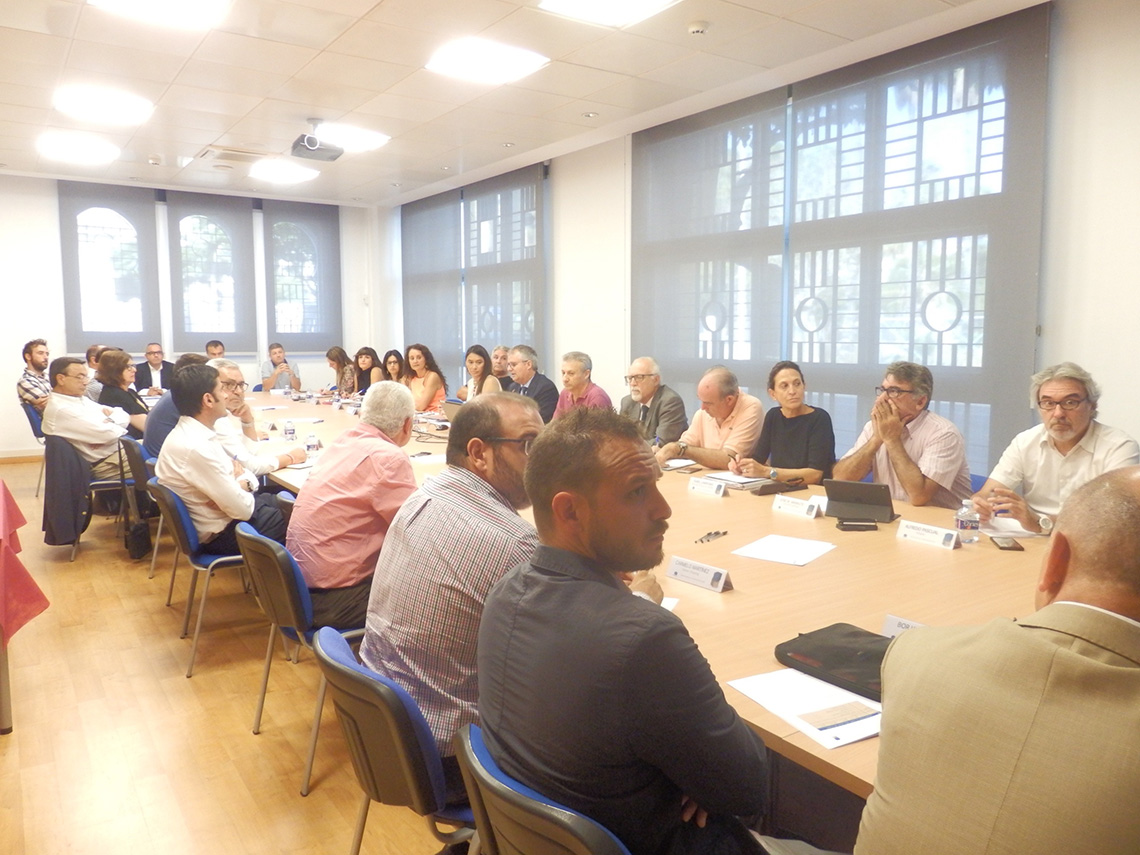 The Port of Castellon has started work on a new Strategy Plan now that the objectives set in the previous one have been achieved.

During the latest meeting of the Competitiveness Committee the President of the Port Authority of Castellón, Francisco Toledo, informed those present about new tariffs and bonuses which are now being applied at the Port of Castellón having gained approval in the General State Budget. The reduction in tariffs and the increase in bonuses has been possible thanks to good financial results by the port of Castellón and given that such changes canot be made legally unless a certain profitability is achieved.

In addition, Francisco Toledo also provided information about the current state of the ongoing valuations of land belonging to the Port Authority, which will provide a saving of 600,000 euros a year to the concession holders. PortCastelló has concluded all the administrative work for which it has responsibility now that it has published the proposal and the resolution of all claims and now this is in the hands of the Ministry who will continue the administrative process until they are able to give final approval

The president of the Port Authority also took the opportunity to make known the latest figures for goods traffic for the month of June, which closes with the best figures ever recorded by the port, exceeding for the first time 1.7 million tons in one month,breaking the previous record by 100,000 tons. ,

The new economic measures, together with the proposal of the Council to situate the intermodal station near the port of Castellón will make the port “more competitive and able to respond to current demands, and completely connected with excellent potential for growth and therefore able to generate more employment and a stronger local economy.”

For his part the Director of the Port of Castellón, Roberto Arzo, went over the  progress in the Strategic Plan of 2013 -2017 highlighting the degree to which it has been applied thanks to  the collaboration of the Port Community. He also referred to the investment plan for 2017 concerning the establishment of an intermodal station as well as the actions taken to protect the environment with the use of movable anti contamination barriers for use with solid bulks.

Arzo said that from September on work will commence to develop a new Strategy Plan since by December the current plan will have achieved all its objectives.

In the Competitiveness Committee there are representatives from all the interest groups which participate in operations at the Port of Castellón, both public, such as the Harbour Master’s Office ADIF or the Port Authority itself and private such as customs, shipping agents, stevedores concession holders and transport companies. Their objective is to ensure that the Strategy plan is carried out.