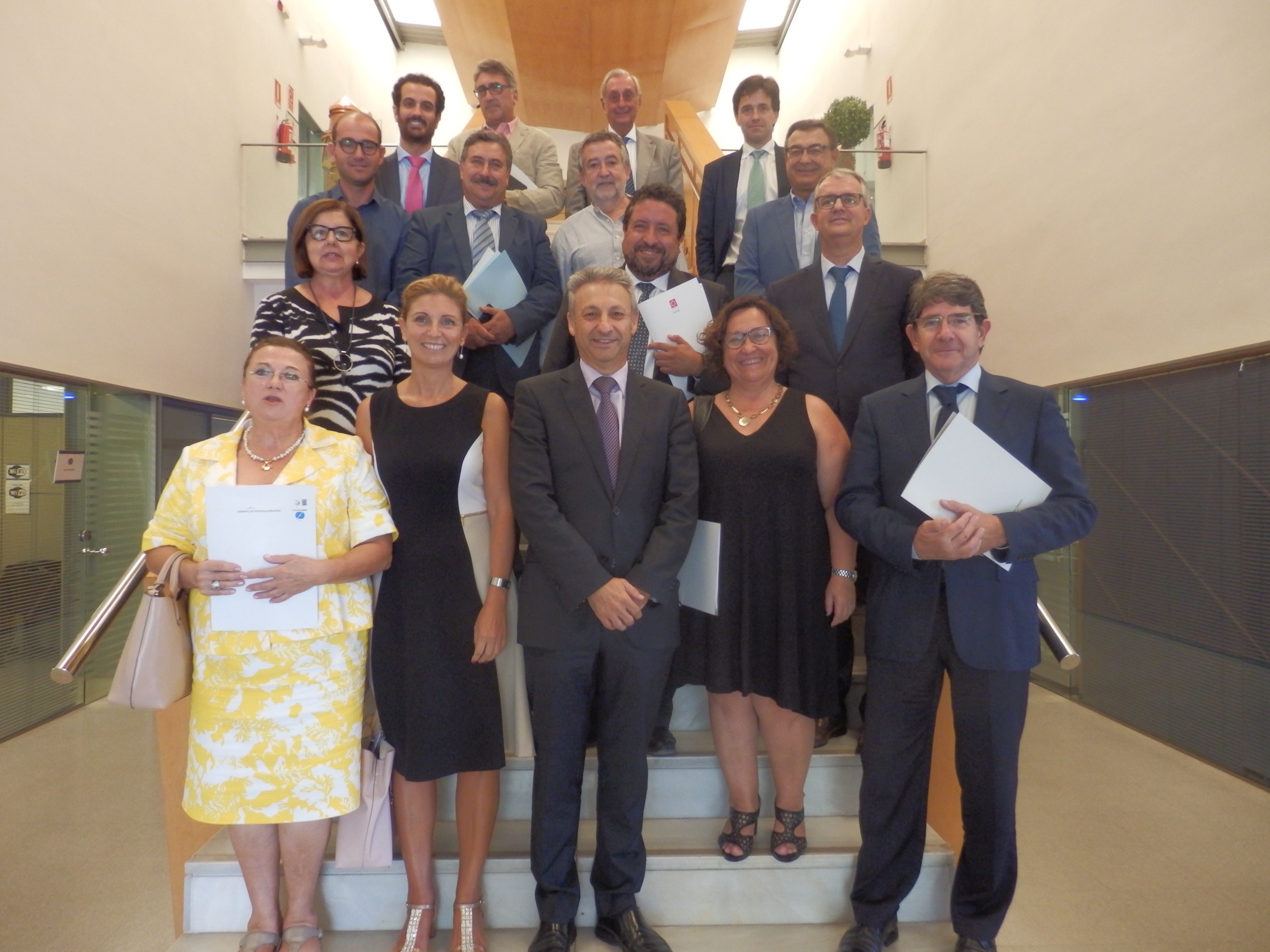 The president of the Port Authority of Castellón, Francisco Toledo, has highlighted the importance of four positive developments achieved by the port in September of this year: the new bulk liquids dock is now up for tender, the appointment of management for the project to construct a new southern railway access to the port, the decision on where to locate the port’s new intermodal station and the environmental impact report on the interior railway connection.

He informed the board of directors about these matters during the course of the meeting that was held today.

Francisco Toledo explained that “with this new dock PortCastelló will be able to cope with the increase in the traffic of bulk liquids which is forecast to take place in two years time and will avoid the danger that this traffic might be slowed down by lack of docking facilities. The other developments are laying the foundations so that by 2020 PortCastello will be equipped with excellent railway connections which will enable it to attract new types of traffic and do so just at the moment when a large increase in railway traffic is forecast.

“These achievements are the fruit of good teamwork at the Port Authority and will allow us to fulfil our road map of productive investments.” He added.

Agreements approved by the Board of Directors of the PortAuthority of Castellón, held on 4th October 2017.

1.- Substantial modification for the extension of  12.000 m2, expiring in August 2034, to the concession given to  Sibelco Minerales Cerámicos S.A. in the north basin. On this extension Sibelco will construct an open storage area with an investment of  398,313.55 euros. The annual tariff due for the total concession with the extension will  be 211,339.6 €, not including VAT.

2.- Authorization for the transmission of 100% of the participation in the social capital of the  Impala Sport Club S.L.U. to  Itaca Gestión Mediterránea S.L.

4.- Selection of the application by  Sucesores de Sebastián Roca S.A. for the concession of a warehouse with 2,246m2, situated in the north basin, to be used for the handling of solid bulks and general goods.

5.- Agreement to make null and void the appointment of a representative of the Port Authority of Castellón in the Sociedad Anónima de Gestión de Estibadores Portuarios, as a consequence of the Royal Decree Law 8/2017, of the 12th of May.