The PortCastelló Foundation completes the restructuring of its debt 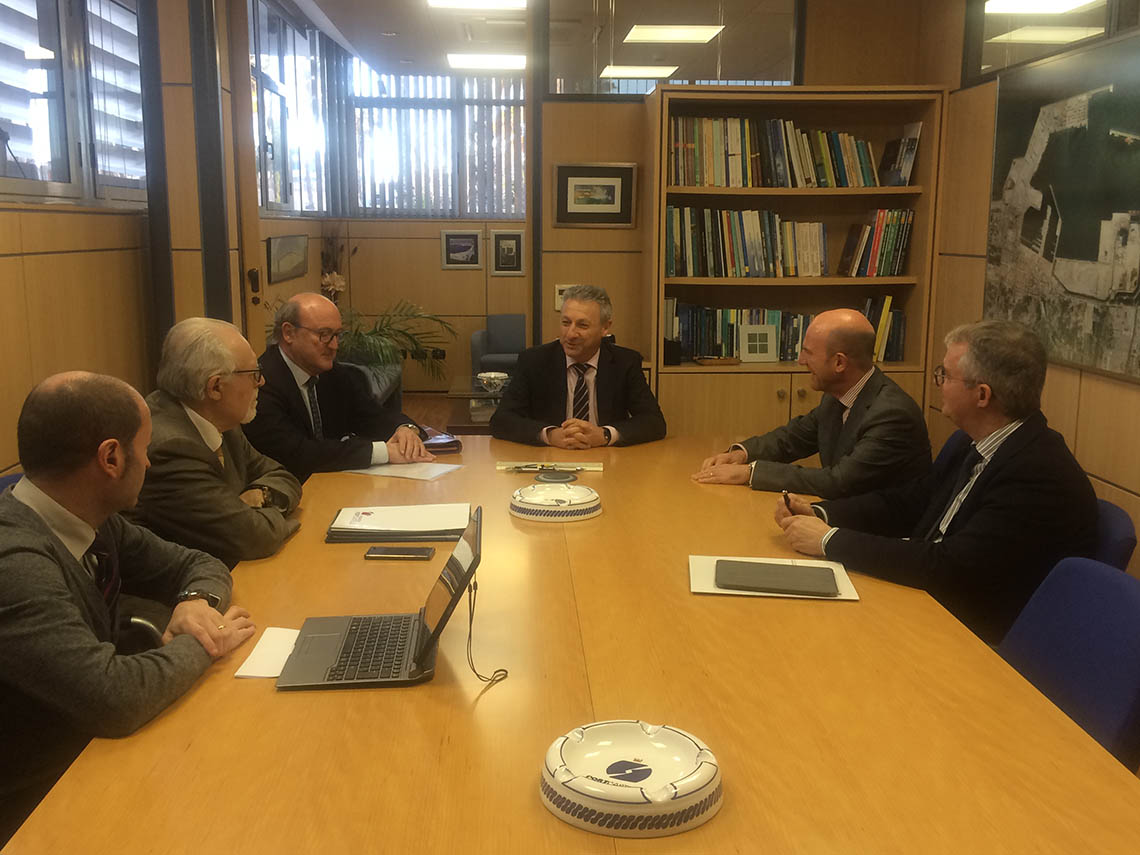 Francisco Toledo has drawn attention to the fact that during 2016 management has successfully paid off debts pending to the Foundation “thus giving the institution more credibility and placing it in a position to be able to provide effective service to the Port Community.”

The tender from Caixabank for the restructuring of the debt of the PortCastelló Foundation has been chosen and the agreement has been signed by Francisco Toledo, President of the Foundation, and representatives of Caixabank.

The acceptance of this new loan of 300,000 euros means that the loan for the same amount formally held with another bank has been cancelled and the amortization period has been extended from 3 to 7 years. Toledo commented that; “This restructuring of the debt means that  the Foundation can breathe more easily and can now make a plan for the commercial promotion of the Port of Castellón.

2016 has been a transition year when the economic affairs of the Foundation have been put in order. When Francisco Toledo became president of the Foundation the debt stood at 300,000 euros which had to be repaid within three years. There were also commercial debts pending from unpaid bills from previous years amounting to about 60,000 euros, which said Toledo “had to be paid as soon as possible because holding unpaid debts was unacceptable…..all this made the made the foundation economically unviable without radical reform.”

The process of reform designed to make the Foundation viable began with a change in its management team, replacing it with an a highly accredited external management team. In addition a waiting period of one year was negotiated with the bank for the amortization of the 300,000 euros and a plan of activities was drawn up  to make the Foundation useful to the Port Community and a budget was approved for the payment of outstanding debts.

To this can be added measures such as spending cut backs and making a full audit of the accounts for the first time in order to “give the foundation full credibility”, and by extending its social base by incorporating new patrons, associations and collaborators  in order to increase income. “The objective was to create a new field of action for the Foundation which would allow it to refinance the debt of 300,000 euros by paying it back over a longer period in such a way that the organisation would not be strangled by this debt.” Toledo explained. “We may now feel satisfied because because all the commercial debt pending from previous years has been paid off.” Said Toledo. The Foundation now pays without delay and the we predict that the accounts for 2016 will show a profit of 60,000 euros.” In addition the extension of the social base of the foundation has been very successful.”All this has made it possible to restructure the debt and the Foundation can consider itself now economically completely stable”

In the last board meeting the Foundation approved a budget for 2017 of 347,875 euros and a plan of action and activities designed to promote the port, the creation of a logistics hub combining road rail and sea transport, its foreland and traffic from manufacturing sectors in the province. Presentations to interest groups are also being considered, one in Spain and another abroad.