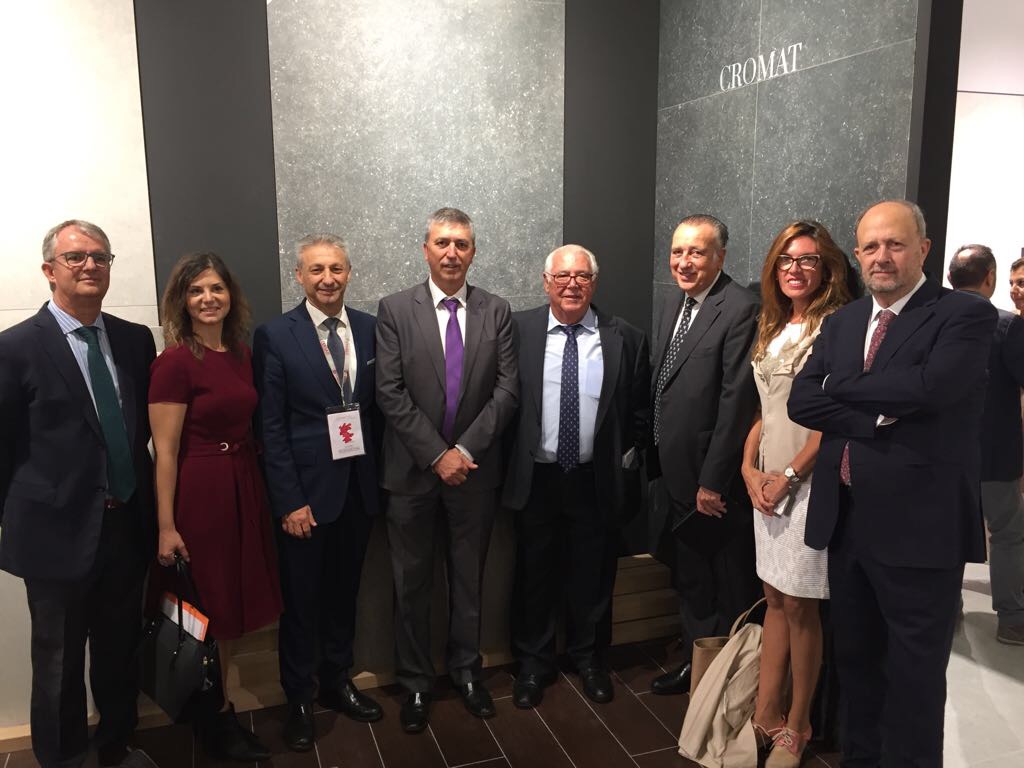 The port of is currently participating in the Cersaie trade fair in Bologna in order to support the ceramics sector and to make known its offer of infrastructure and services.

The president of the Port Authority of Castellón, Francisco Toledo, accompanied by the managing director of the port , Roberto Arzo, and the manager of the PortCastelló Foundation, Miguel Rojo, are holding various meetings with representatives of the ceramics industry of the province at Cersaie, one of the most important international ceramics fairs in the world  which is being held this week in Bologna.

The development of rail traffic being promoted by PortCastelló is arousing interest among numerous companies who are actively involved it the study of  the demand of the market which was agreed on by the Technical Commission, the Regional Government and the Ministry of Works so that an intermodal station can be established near the port.

The president of the Port Authority has stated that in his view,”for the development of intermodality it is essential that alliances are formed between those who will be involved in this project……It is of the utmost importance that PortCastelló becomes partners with the companies in this sector so that a solid foundation is created which will allow steady and sustainable growth in the future.”

Toledo emphasised that “, this infrastructure will boost the economy and generate employment; it will allow port traffic to increase by improving connections and will allow companied in Castellón province to become more competitive by allowing them to export by rail.” Francisco Toledo also pointed out at Cersaie that the growth of traffic connected to the ceramics industry at the port of Castellón confirms that it is the port for ceramics.

In total and until July this year, traffic connected to the ceramics industry represents 38% of the total traffic at PortCastelló, that is, 4.116.176 tons of a total  of 10.820.690 tons. At the same time in just two years, the port has climbed from eighth place to fourth on the list of Spanish ports in terms the import of solid bulks. The major part of this material is imports for the ceramics industry.

Toledo explained that,“It is forecast that the ceramics industry will continue to grow at the same rate and PortCastelló must respond to this demand.” In fact, the port of Castellón has recently prepared 90,000 square metres of space for the handling of solid bulk materials in the south basin and new importers have set up as well as other companies in the sector so that the facilities in both south and north basins have been extended.