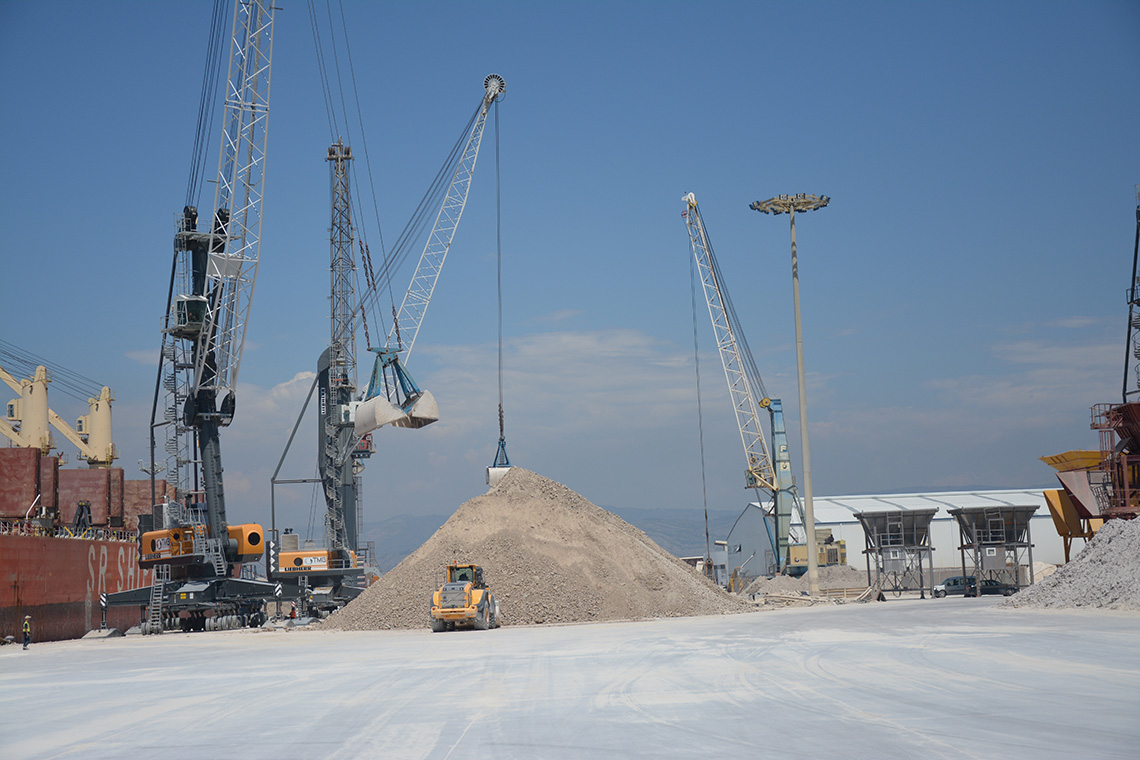 What has contributed most to to this increase has been the traffic in solid bulks, which grew by 9.4% compared to the same month of the previous year, a total of  569.969 tons. This  figure surpasses the previous best figure and make September 2017 the best ever September for this type of traffic. The accumulated growth in solid bulks so far this year is 23.1% and places Castellón as the fourth biggest handler of this cargo in the Spanish port system.

The biggest increase corresponds to the import of raw materials for the ceramics industry which underlines the current strength of this sector. it should be remembered that PortCastelló modified its plan of investments by 5.5 million euros in order to prepare 90,000 square metres of new space to dedicated to the handling of these materials in order to be able to respond to the increasing demand in this sector and to confirm its position as one of the top ports for solid bulks.

The traffic in liquid bulks has also been positive in September, growing 13.1% and reaching 669.973 tons. It is expected that this type of traffic will decrease over the next two months due to the turn around at BP Oil.

With these figures the port of Castellón closes the first nine months of the year with an overall growth of 10%, a total of 13.983.202 tons. The accumulated growth in solid bulks already mentioned, is followed by that in containers (10.5%) and general goods (9.6%) and lastly bulk liquids (1.8%).

An analysis of the traffic at the port of Castellón reflects the high degree of diversification. Now, bulk liquids represent 45.4% of the total, followed by solid bulks, 34.8% and general goods 19.8%.