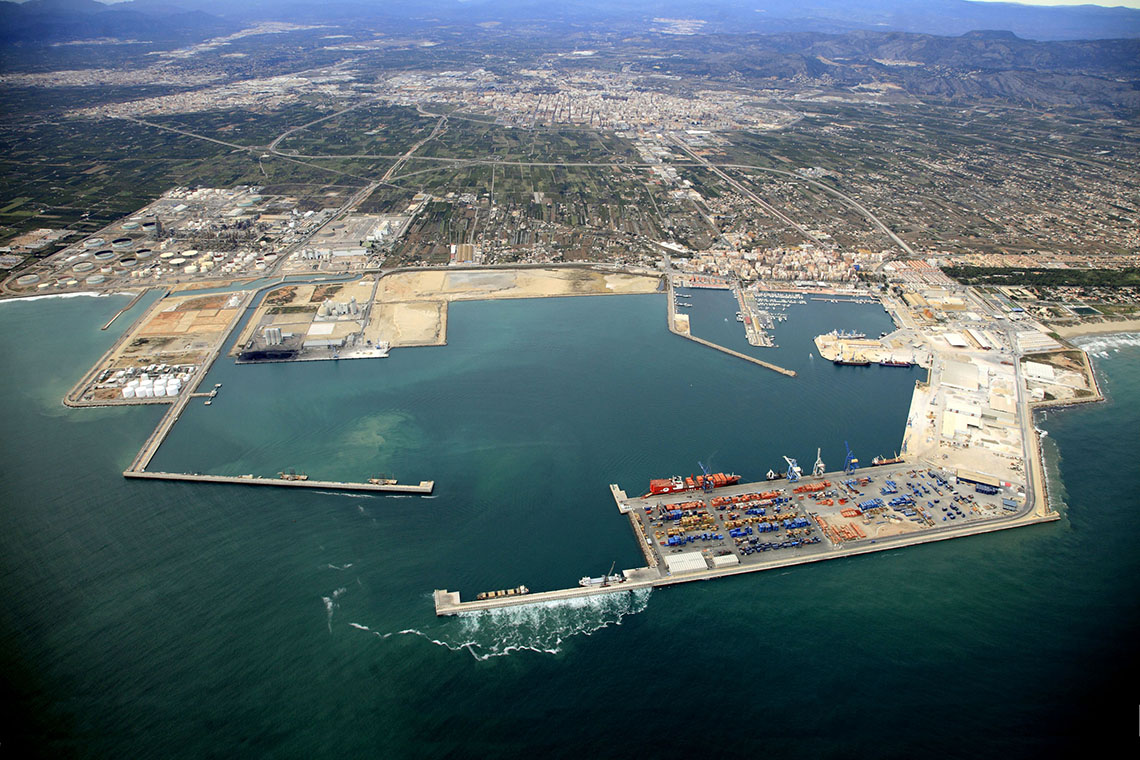 Reduced costs and specialised facilities on the ceramics dock are the keys to this success.

PortCastelló is more than just a port for the ceramics sector, it is a first class logistics centre.

In 2016 PortCastelló became the sixth most important port for solid bulks among the 46 general ports in the Spanish system, moving 5.2 million tons of material.

PortCastelló showed an increase of 12.1% in solid bulks last year an increase which contrasts with the 4.4% drop recorded by the Spanish port system as a whole. This was due fundamentally to the sharp increase in the import of raw materials for the ceramic sector, in particular clays and feldspar. As a result PortCastelló has reached the sixth position, from the eighth position it held in 2015, in terms of tons of solid bulks transported and it is the first port in the Valencian region for this type of traffic.

At the same time, exports in the ceramic sector have consolidated and brought PortCastelló to the fifth position in terms of the import/export of ceramics, and is only exceeded in this type of traffic by the four major ports, : Valencia, Barcelona, Bilbao y Algeciras.

The alliance between PortCastelló and the ceramics sector is thus bearing fruit, and this type of traffic now makes up a third part of the total traffic in the port. Francisco Toledo, President of the Port Authority of Castellón pointed out that, “This alliance has two main foundations, lower costs and and specialised facilities on the ceramics dock”

Toledo highlighted three factors that have made it possible to to reduce costs at PortCastelló, “the proximity of the industry to the port saves transport costs, lower tariffs than other ports and specific discounts applied to goods in this sector”, which reach the 40% limit marked by the law in the case of exports.

At the same time, the facilities and the companies situated inside the port area which work for the ceramics sector make Castellón more than just a port for this industry. Toledo went on to say that, “It is a great logistics centre where the raw materials of this industry and their transformation into a finished product are combined to give them added value

The president of PortCastelló has announced that as a part of the strategy plan of the port every effort will be made to reinforce these factors. On the one hand, a reduction in tariffs will be put in place, which in 2017 will be 5%, and discounts will be

increased. In addition important investments will be made in urbanizing land in the port in order to make it possible to construct new facilities and to improve land transport connections with new road access to the South Basin, the CV-22, which will require an investment of 10 million euros.

In this way, “PortCastelló will increase its value as an asset for the ceramics sector, reduce logistics costs and make the port more competitive.”