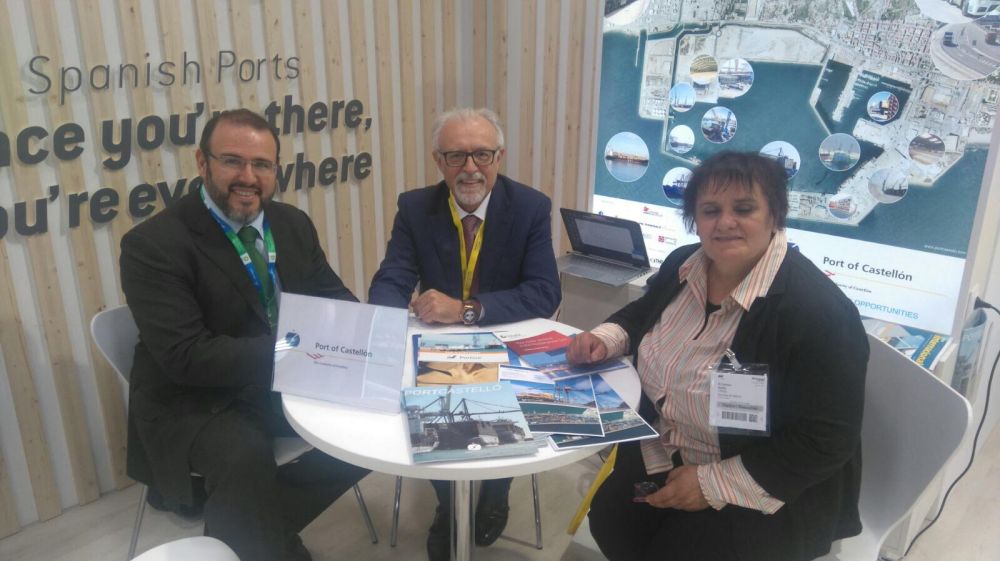 The Port Authority of Castellón, through the PortCastelló Foundation, together with representatives of the Port Community, is participating in the Transport Logistic Munich at the State Ports stand.

PortCastelló is attending this event after breaking traffic records in 2016 and retaining its place in the top ten of Spanish ports. This growth has continued during the first quarter of 2017 with a 22% increase in solid bulks, a 24% increase in containers and a 16% increase in general goods.

The manager of the PortCastelló Foundation is holding various meetings at the fair, where he will be presenting the new productive and logistical infrastructures of the port, among which is the fast developing South Basin.

This area has more than 2 million square metres of land available for new businesses. In fact companies are already applying for concessions in this area. And also there is the railway connection between the north and south basins which will permit goods to be transported around the port and out to the main line of the Mediterranean Corridor.

In addition to this infrastructure is the construction of a new intermodal station which will be 100% financed by the port if the technical report ordered by the Housing Council and the Public Works Department concludes that the best location for the station is near the Port of Castellón.

The president of the Port Authority of Castellón, Francisco Toledo pointed out that, “These investments represent a big step forward for the port since it will provide us with excellent land connections, both road and rail and will allow the most efficient use of the South Basin”

These are the productive investments planned for the period 2016 – 2020 to which 76 million euros has been committed and which will increase the logistic capacity of PortCastelló.

This plan is unlikely to be left on the shelf, given the figures which PortCastelló can exhibit: the degree to which investments have been carried out has reached 118% in 2016, this compared to the comparatively low level shown by the Spanish port system in general which reaches only 48%.

To this new infrastructure the improved logistic management of raw materials must be added. The president of the Port Authority has announced that this year significant changes will be introduced into the manner of handling solid bulks. “It is important to achieve a more efficient use of the space on the docks, remove material as quickly as possible so that no hold ups are created, the environment is protected as much as possible and more space is made, all of which makes the port more competitive.” Toledo said.

The PAC also wishes to ensure that its clients are able to enjoy the best possible conditions and for this reason this year new reductions to fees have been applied as well as an increase in bonuses.