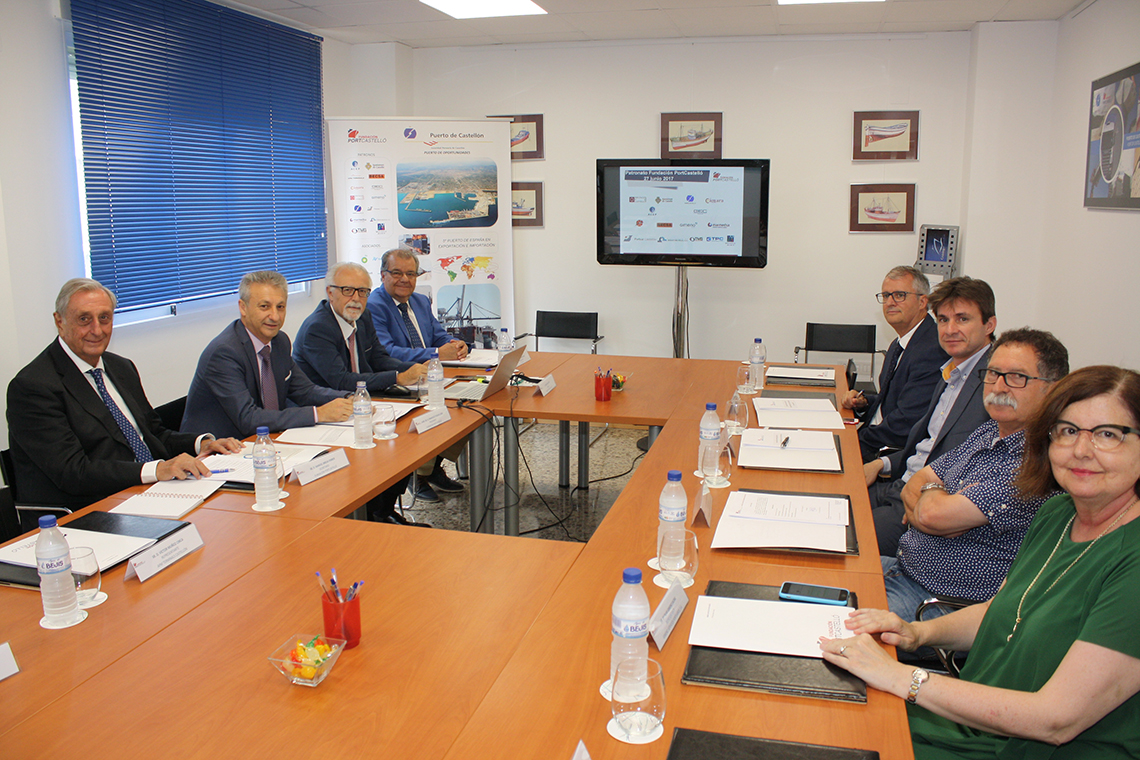 The Board approves the accounts for 2016 which show a positive result of around 76,000 euros.

The PortCastelló Foundation continues to attract the support of new companies in order to carry out its work of promotion and commercial development at the port of Castellón. recently Integral Shipping has become a sponsor and Consulmar has become affiliated. With these additions there are now 28 companies listed as sponsors, 6 original patrons, 10 elected patrons ,12 associated companies and six collaborative companies.

President of the Port Authority of Castellón Francisco Toledo commented that,“this is about an extension to the social group that makes up the Foundation and which will allow us to take on new projects and make our work more effective. We will continue to work to strengthen the Foundation and to make it an essential tool for the productive sectors of Castellón.”

These details have been made public during the last meeting of the Board in which the withdrawal of the  Confederación de Empresarios de Castellón (CEC) due to its financial situation was also discussed.

In addition, the accounts for 2016 were approved having been audited for the second time and which show a positive result of 75.892 euros, 56% more than the previous year. “This is a financial result that will allow us to continue reducing the debt inherited by the Foundation,” Francisco Toledoxplained.

This positive result is the result, on the one hand, of an increase in income, which was 340,000 euros, 4,1% more than the previous year, “which is the result of the incorporation of new sponsors and making the services of the Foundation more profitable to the value of 37,000 euros. And on the other hand, the Foundation has managed to reduce expenses, both financial (around 9,600 euros) thanks to restructuring the debt and ordinary expenses ( around 12,000 euros)

The manager of the PortCastelló Foundation, Miguel Rojo, informed the Board that the period for the payment of suppliers has been reduced form 126 days, the average in 2015, to 33 days , the current average.