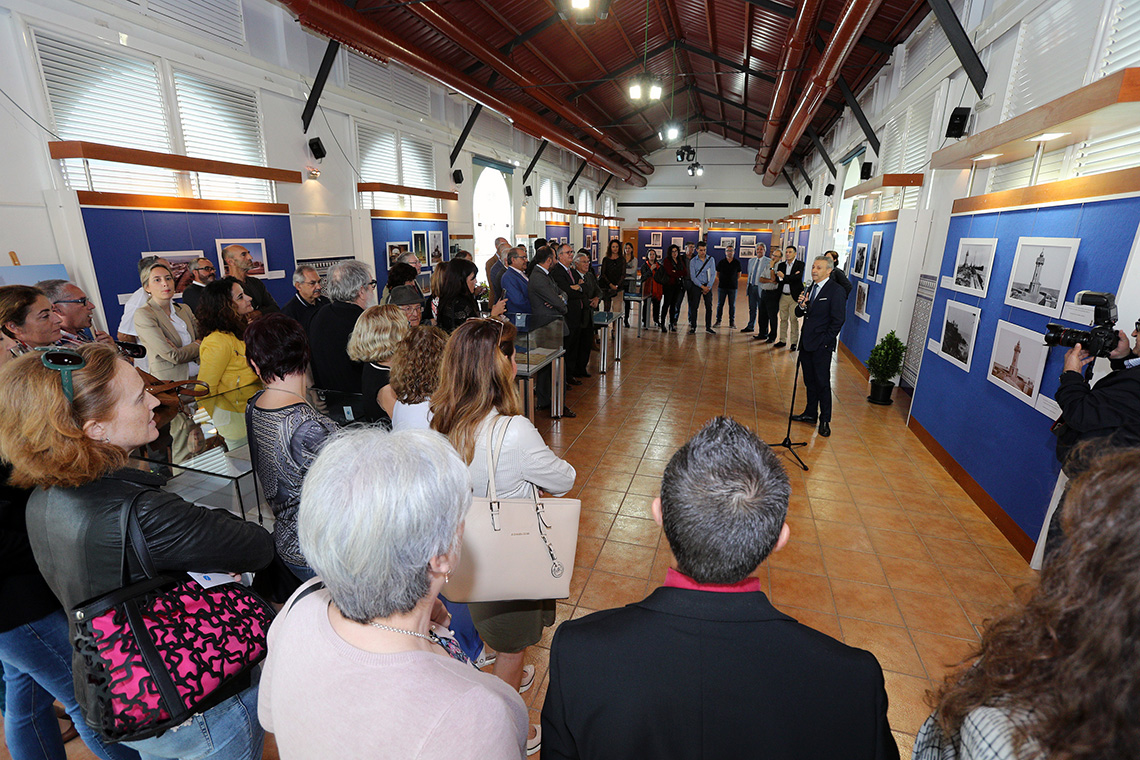 Unpublished photos, century old plans, books, inventories, manuscripts, and marine signalling equipment all form a part of this exhibition entitled, ‘One Hundred Years of Light’, which was inaugurated to today by the president of the Port Authority of Castellón, Francisco Toledo,  in order to commemorate the one hundred years history of the lighthouse on the Muelle de Costa.

“Lighthouses are as old as history itself and still conserve a certain mystic and have been the inspiration for many novels,” Toledo observed. “Through this exhibition we want the lighthouse to tell its story and bring the port closer to the people of Castellón, as well as to pay homage to the lighthouse keepers who have often had to work under tough conditions, especially those working on the Columbretes Islands.”

In fact the exhibition displays the names of all the light house keepers involved in these ‘hundred years of light’, and those who currently hold this responsibility were present at the opening ceremony: Fernando García, Pedro Santamaría, Jose María Perpiñán and Angel Trillo, as well as  Ramón Roig Sospedra, son of one of the former lighthouse keepers who recalled the years of his childhood around the lighthouse.

Those who are interested will be able to see for example the original plans made in 1915 by José Serrano, then engineer-director of the Board of Works of the port, for a lighthouse situated at the end of the Levante breakwater.

Visitors will also be able to view original estimates, such as those prepared when the the end of the Levante breakwater was damaged in a storm in 1926. The total cost was 9,638 pesetas and 63 cents.

The exhibition includes photographs which show the construction of the lighthouse with material from the  “ l´Abeller”  quarry in Borriol and how the material was transported stone by stone to the Muelle de Costa. At the same time instruments can be seen such as a replacement lamp, mechanisms to produce regular pulses of light and a table where plans were drawn up and instruments designed.