Impressive 16,7% growth in ceramics traffic at PortCastelló in 2016 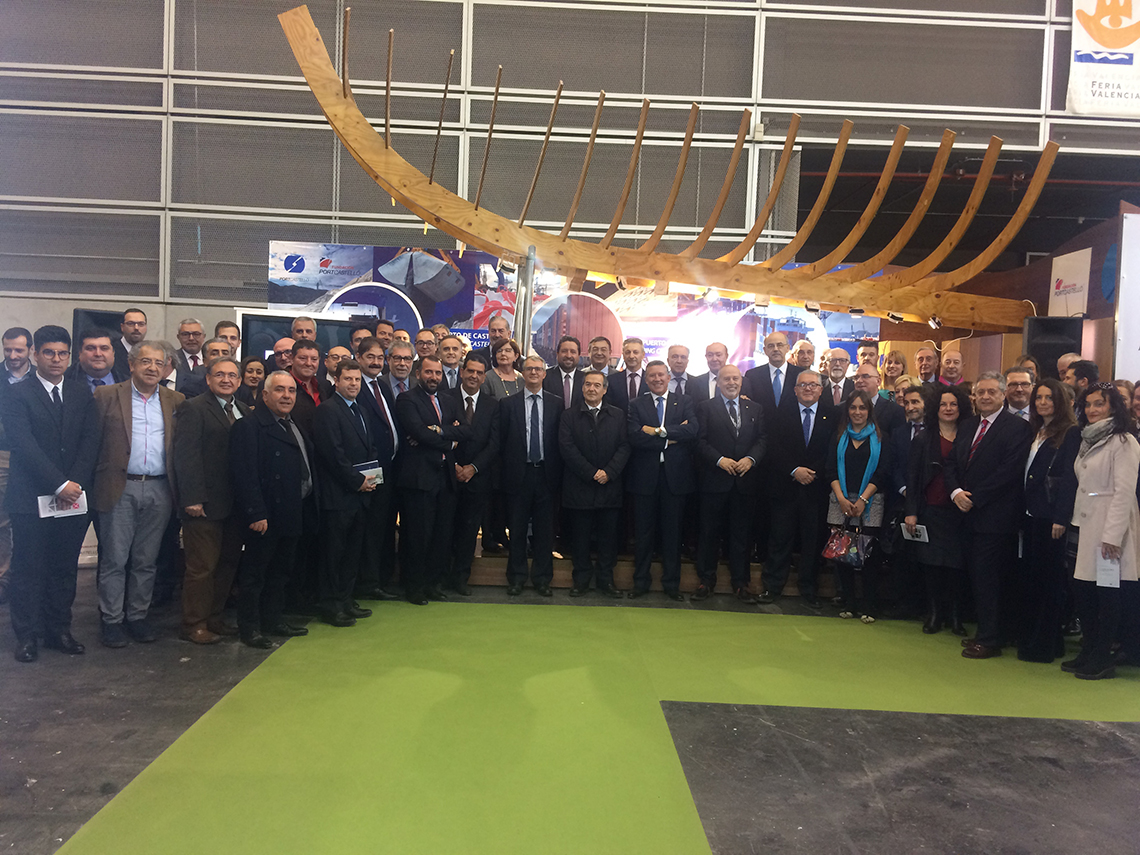 Castellón is by definition the port for ceramics since it is the the port that has the highest level of traffic per year in ceramic materials. “The sector has provided 32.2% of the traffic at the PortCastelló, that is to say that one out of every three tons that moves through the port is from the ceramics sector”. In 2016 this was the record figure five and a half million tons, a 16.7% increase on the previous year.

The ceramics sector is gaining in percentage participation in PortCastelló year after year and is growing faster than the port itself and has gone from  23.3% of the total traffic in 2010 to 32.3% in only six years. It is worth noting the spectacular growth in certain goods such as wall and floor tiles, 146% ,or feldspar, 109.8%.

The president of the Port Authority of Castellón,  Francisco Toledo, together with the managing director of the port, Roberto Arzo, and the president of the PortCastelló Foundation Miguel Rojo, today presented the these figures to the Port Community at Cevisama the fair in which, this year, they are present under the heading, “Castellón – the port for ceramics.”

Other data indicates the importance of the Port of Castellón in the ceramic sector; the number of countries with which the port has commercial relations has now reached 69 that 17 more than in 2010.

For all these reasons, the Port of Castellón is working to incentivise the traffic in the ceramic sector. From 2016 on, the export of ceramics receives a 40% discount, the maximum permitted by law, which represents a total of 812,344 euros in discounts, 10.4% more than in 2015. In addition, this year the 5% reduction in port tariffs will come into effect, which will mean a reduction to the prices charged by companies providing services in the port, and the Port Authority is working on a new valuation of land which will lead to a 10% reduction in concession costs at the port and the majority of these concession are connected to the ceramics sector. Toledo concluded, ” All of these measures will have the effect of reducing logistics costs for the ceramics sector operating from PortCastelló”

The president of the Port  Authority reiterated that the main objective of the port is to become an asset for companies in the surrounding area and to contribute to improving the economy of the province by making it more competitive and efficient ,”and this is what PortCastelló does for the ceramics sector.”

It should be pointed out that the figures for 2016 have been very positive for the port of Castellón, there has been a record in global traffic figures, solid bulks, general goods, containers, the number of ships and the number of countries (a total of 101 with either origin or destination in PortCastelló) . This growth has been triple the average in the Spanish port system. “This has been possible thanks to the good work by companies and workers from Castellón and the port community.”

Francisco Toledo highlighted future projects at the port which may interest visitors to Cevisama: “In 2016 we succeeded in gaining approval for an ambitious investment plan until 2021, with a value of 76 million euros, which will be increased to 157 million euros with the new rail access and this is a key development ,as it will improve the road and rail connections of the port and allow us to urbanise the South Basin, build a new dock for bulk liquids and in short make the port more competitive.”

PortCastelló is present at Cevisama at a stand being visited by importers and exporters, and where today representatives of the port community have gathered. “Cevisma is a wonderful meeting point and an international forum where once again the port of Castellón has to be present.”