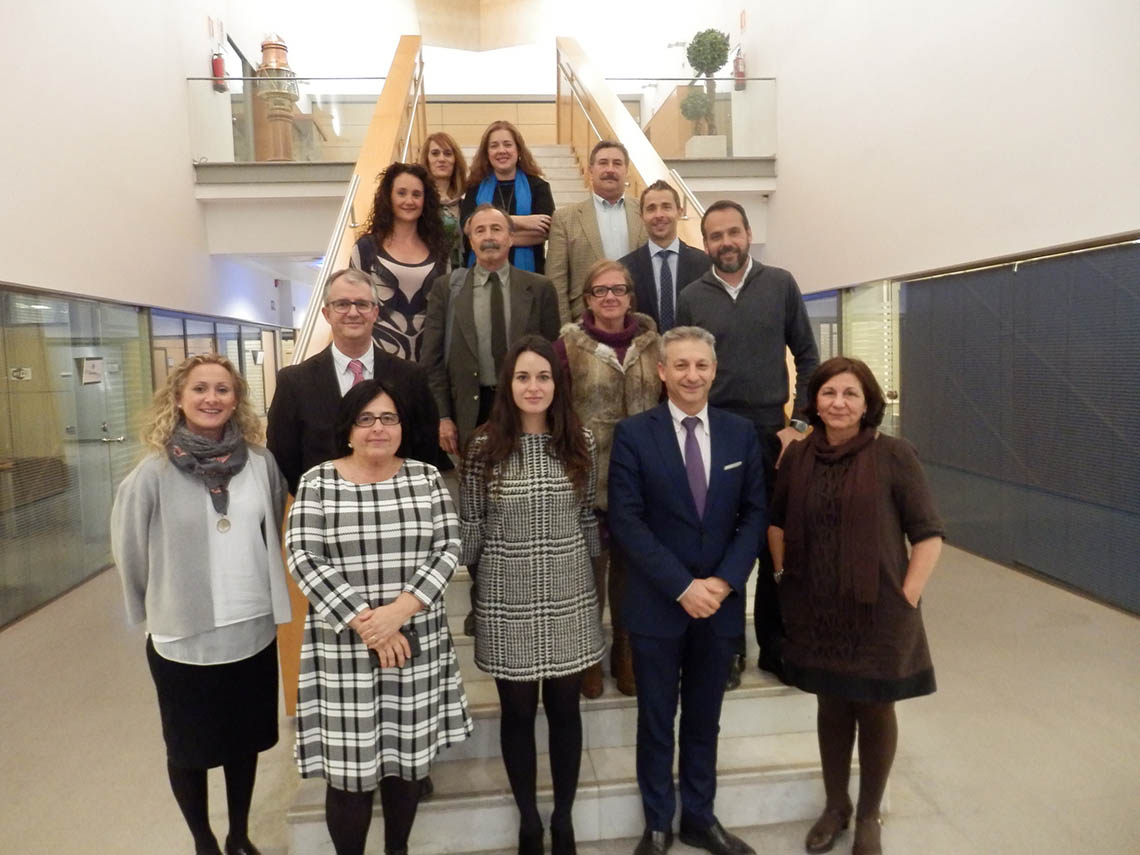 The jury for the second year of the awards has given recognition to  work for the environment and  commitment to social and work safety issues.

The latest meeting of the jury for the II PortCastelló Lighthouse Awards has taken place at the Port Authority of Castellón. On this occasion the task for the jury was to select award winners for the categories for Environmental Protection, Social Commitment and Safety in the Workplace. Those selected are José Luis Greño, from the Management Centre of the Red Cross at the Port of Castellón and Élite Cementos. These proposals will be put before the Board of Directors of the Port  Authority of Castellón

The jury has recognised the work of Jose Luis Greño for his work to conserve and increase the group of Adouin seagulls at the Port of Castellón. He has a degree in Biology and is a member of the l’Ullal Ornithology Society, the bird ringing group Pit-roig and the Spanish Society of Ornithology, Birdlife and coordinator of the local group SEO-Castellón.

As a result of these studies it has been possible to provide suitable protection for the Adouin seagull and demonstrate w how this species has prospered over the last few years at the port of Castellón. In 1998 there were only two hundred pairs of Adouin seagull  in the Valencian region established in only one colony on the Columbretes Islands which was the only one until 2003. As a result this bird was listed as being at risk of extinction and is now listed as ‘vulnerable’. largely as a result of the growth in the number of birds of this type now at the port of Castellón. In 2011 it was shown that the Adouin seagull was reproducing at the Port of Castellón with a total of 303 nests. This figure increased to 4,092 in the port area in 2015 which is now the biggest colony of this type of bird in the world.

All this has been possible thanks to the help of the Valencian Regional Government and the Port Authority of Castellón and this cooperation between various government departments has been recognised by the jury.

With regards to social commitment, the jury has given credit to the contribution by volunteers from the Red  Cross Management Centre at the Port of Castellón since the 1980s and which in 2016 has involved 52 volunteers who have dedicated a total of 10,000 hours of work. A sense of team work and a strong determination to help those who work at sea and the maritime environment has meant that effective and professional work is carried out daily, often under difficult conditions which are common in rescue operations.

The Sea Rescue Programme of the Red Cross carries out an average of 23 operations a year and they are prepared to take measures to combat pollution. Their professionalism, voluntary work and dedication have made them worthy of the award in the Social Commitment category

The award in the Safety at Work category has gone to Élites Cementos, part of the Grupo Obinesa, and which currently shares the name with the Grupo LafargeHolcim, a cement milling plant situated in the centre of the port of Castellón.

They started operations in 2009 at the height of the crisis in the construction industry in Spain but have been able to open up and maintain a niche in the Spanish and international market. Over these years they have demonstrated a strong commitment to environmental issues and have won ISO 14.001 certification for their quality management . They also obtained recognition for their efforts to ensure safety in the workplace with the OHSAS certificate for which they volunteered (an internationally recognised qualification which defines the requirements for establishment, setting up and operation of an effective System of Management for Safety and Health at the Workplace) and which they have kept up to date.

Élite Cementos has applied the best techniques and processes available for  the prevention of accidents and health problems associated with work. Among these are internal audits, inspections, Mobility Plans, regular business meetings, coordination with external companies and monitoring of workers in more vulnerable positions.

Members of the Jury

– Ángeles Fernández, Professor of Finanace and Accountancy and member of CAAPC