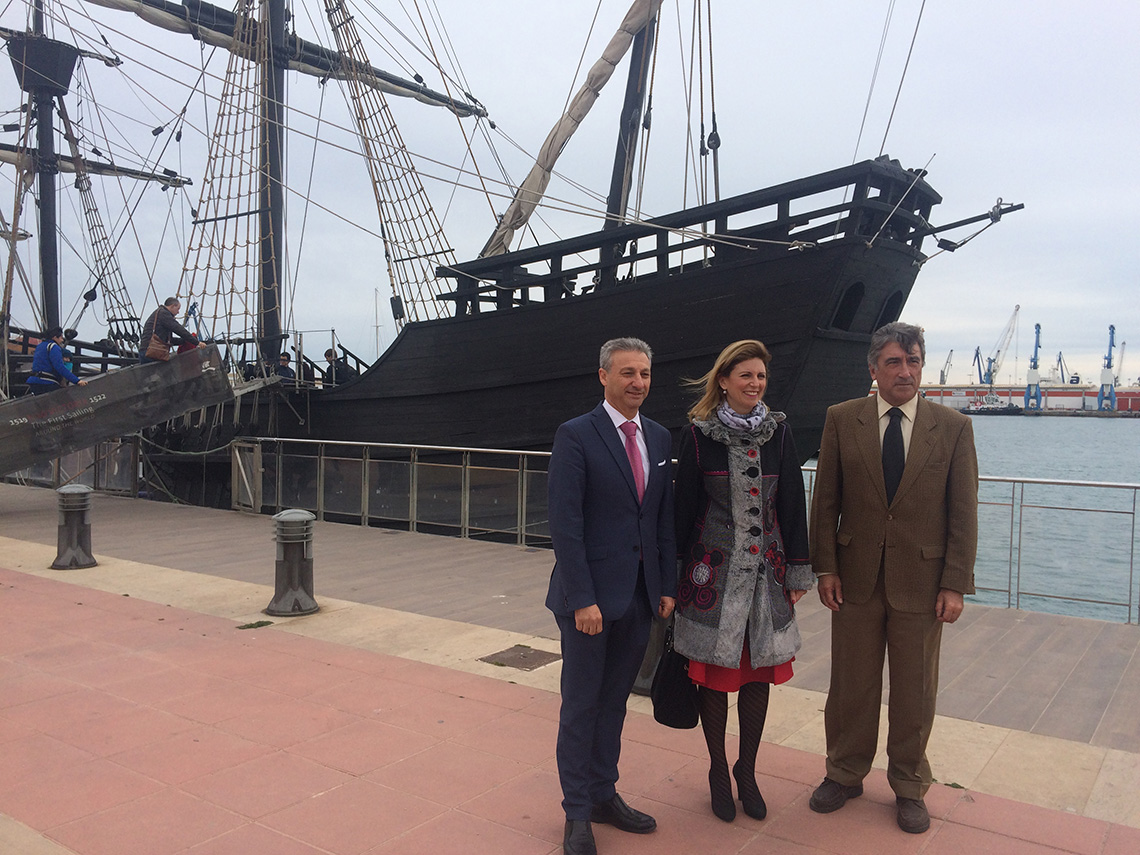 The President of the Port Authority of invites the people of Castellón to learn about ” one of the most brilliant achievements in the annals of maritime history.”

La Nao Victoria, a replica of the ship that made the first circum-navigation of the globe will be open to the public from tomorrow on, to demonstrate to all this amazing story. Shortly before the vessel opened to the public, a courtesy visit was made by the President of the Port Authority, Francisco Toledo and the Mayoress of Castellón and the Harbour Master, José Miguel Manaute.

The Captain of the Nao Victoria together with other members of the crew spoke to these representitives of the authorities and  journalists about one of the greastest sailing feats of all time, the first circum-navigation of the globe between 1519 and 1522.In addition, they explained in detail the technical features of the vessel, 26 metres long and 7 metres wide and constructed of wood, and  showed the visitors round the cabins and the hold, and how the ship, which continues to sail round the world, is handled today.

The President of the Port Authority of Castellón, Francisco Toledo, thanked the Nao Victoria Foundation “which has included the Port of Castellón in its list of ports to visit in order to show one of the most important pages in maritime history”. He went on to say that “to come aboard this vessel and to open it to the public gives us an idea of the bravery of those sailors who dared to sail their ship around the world.”

For her part, the Mayoress of Castellón, Amparo Marco, invited the people of Castellón “to visit the Nao Victoria, and remember and relive our history.” She also expressed her satisfaction that Castellón has been able to participate in the tour of the Nao Victoria and that “the sea and all it represents is an integral part of our town”.

La Nao Victoria is moored at the Muelle de Costa in the Port of Castellón, in front of the cinema and will be open to the public until 1800 hours on Sunday the 13th of March