Toledo presents the PortCastelló investment plan to the board of directors 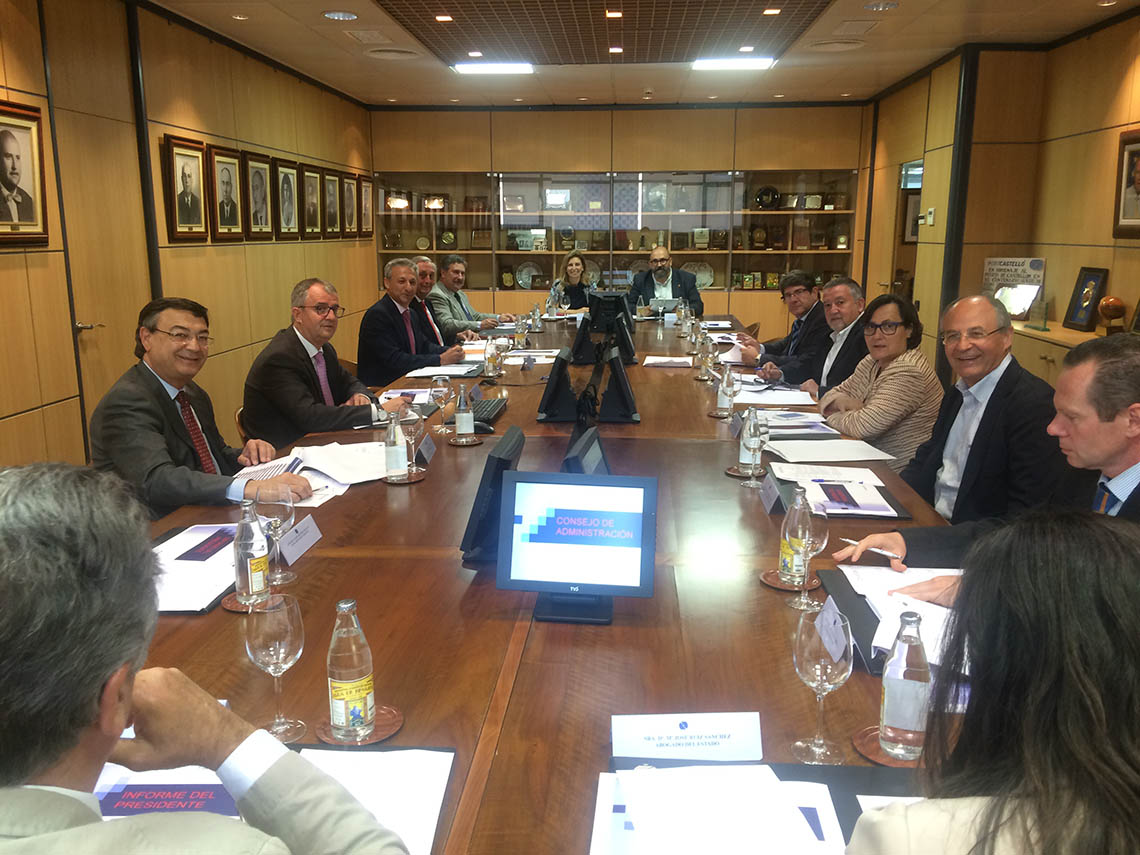 The President of the Port Authority of Castellón, Francisco Toledo, today informed the Board of Directors about the Investment Plan for the port which plans to spend 69.5 million euros in the period ending in 2020. Toledo told the board that, “The plan has been elaborated using prudent financial criteria aimed at establishing conditions that minimise risk and the cost of our financial operations in order to guarantee its viability”

The criteria that have been set include, not increasing the debt of the Port Authority, an accumulated investment not superior to accumulated cash-flow, with an average annual increment of 3% in the cash flow and with an adequacy margin of 8 million euros. Toledo continued by saying,”Solid foundations on which to build increasing competitivity in order to continue growth and to consolidate the port’s capacity to generate wealth and employment Our aim is to strengthen the growth trend that we have begun and to consolidate the position of the Port of Castellón as the sixth most profitable port in the Spanish system.”

At the same time, Toledo informed the board of the previous year’s financial results which show profits of nearly 6 million euros, 54% more than 2014.

The head of the Port Authority of Castellón, explained in detail to the Board of Directors the projects proposed in the Investment Plan, its budget and the time frame for carrying them out. (See table)

Francisco Toledo also gave information about the technical report which has been commisioned to evaluate the state of the  ‘Comandancia de Marina’ Building and to study the conditions necessary for its return to the Port Authority, whose aim is to recover this building for the ‘Sea Museum’, an interpretation service and various other offices of port services.It should be remembered that this building has an excellent location in the port but has been closed since 2007.

Agreements by the board:

A non-substantial modification to extend a surface area of 135 m2, of the concession granted for the construction and operation of two docking areas on the outer breakwater of the South Basin. was approved.

Also approved was the selection of the application for concession from the  ‘Sociedad Cooperativa Valenciana Limitada Columbretes’ for the occupation of two storage areas for diesel fuel supply for vessels on the Levante Quay in the Fishing Harbour.

The administrative concession for  Tena Guzmán S.L. was approved for catering services in a site measuring  262 m2 in the  ‘ plaza del mar’ with two beach bars in the same brick building with two temporary, covered, closed extensions.

The administrative concession for  Hiper Grao S.L. was approved, for the occupation, refurbishment and operation of a site measuring 4.237 m2 for commercial use which also has a closed industrial building of  2.069 m2 and a supplementary area of  2.168 m2 which includes a car park, an electric transformation centre, all situated in the service area.

Authorization was given for share changes and capital increase to Portsur Castellón S.A. for construction and operations in the bulk solids terminal in the South Basin, after which the majority share holders will be the investment company  Kartesia Credit Opportunities.

Authorisation was given for a new mortgage agreement to  Emara Inversiones Empresariales S.L. concerning concession rights for construction and operation in a leisure and conference complex situated in the service area of the port.

Approval was given for the selection after tender for the occupation of a property situated in the  ‘muelle de costa’ to María Nieves Peris Oliver.

Approval was given for reductions of 15% to the  Portsur Castellón S.A. concession for construction and operation in the solid bulks terminal in the South Basin once the company has obtained the mandatory service certification based on the service quality criteria approved by State Ports.

Approval was given to the conditions for the authorizations for depositing and storing goods coming from outside the European Union in areas for manouvre, transit and public storage in accordance with the Regulations of the Council of the European Parliament number  952/2013 which establishes the customs regulations in the EU.