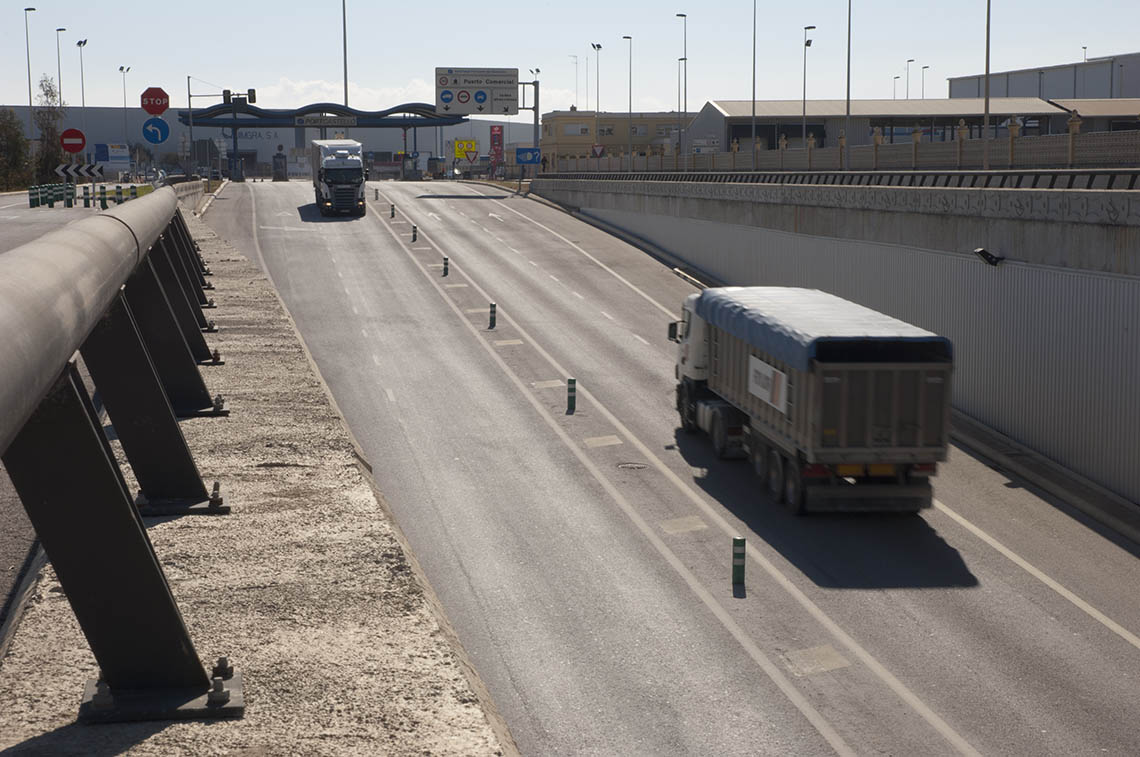 The president of the Port Authority of Castellón considers that the possibility of allowing lorries use of the AP-7 without tolls is a temporary solution but argues for a more serious solution.

The president of the Port Authority of Castellón, Francisco Toledo, has called on the Ministry of Public Works to undertake effective measures to offset the the negative consequences for road goods traffic caused by the road works currently being carried out on the A-7 highway near Vall d’Uxo.

Toledo has added his voice to those of other public institutions such as the Council, the Provincial Council of Castellón, the town councils of Castellón, Vila-real, Vall d´Uixó and Almenara, as well as representatives of transport companies, to allow lorries to travel freely on the AP-7 between Almenara and Les Alquerias, “as has been done in other provinces in similar circumstances.

The president of Portcastelló underlined the damage to the economy of the province caused by  serious delays to goods arriving or leaving from places such as the port of Castellón due to the roadworks and expressed his opinion that measures, such as the removal of tolls, should be taken to offset the negative effects until the works are finished.

Toledo went on to point out that the Ministry of Public Works is considering this possibility in other autonomous regions. “Why is it not possible to implement the same solution in Castellón as in other places? ” he asked.

The head of the Port Authority also pointed out that the the only alternative route, the N-340, cannot be used by heavy goods vehicles and that therefore these vehicles “either have to pay high tolls or suffer long delays thus damaging the logistics sector in general and particularly logistics centres such as the port.”

Francisco Toledo commented that that ports are the best allies of long distance road transport ,”as can be seen from the fact that 38.3 million tons of goods was transported via road to and from Spanish ports last year.”Therefore it is necessary to make every effort to support the transport of goods in the province and not to cause any unnecessary damage to the economy of the province.