Toledo announces “2017,a year for investment” 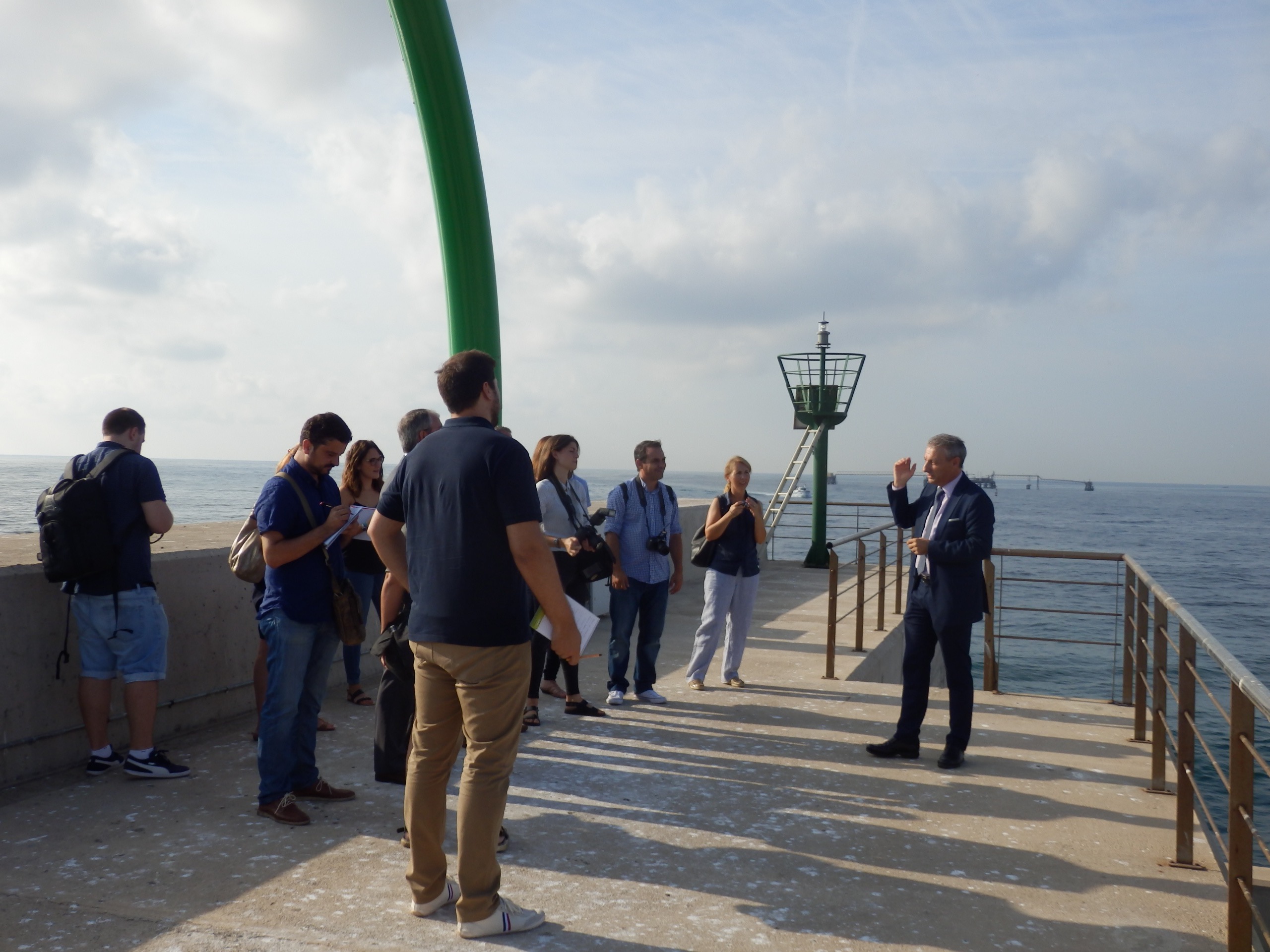 The President of the Port Authority of Castellón states that he will continue to argue in favour of ‘fair treatment’ for PortCastello so that it doesn’t loose competitiveness.

More than a hundred management actions taken over the past twelve months have allowed PortCastelló to consolidate its position in the top ten of Spanish ports and as the sixth most profitable in Spain, break its own records month after month and reach levels higher than those from before the crisis. In this way, Francisco Toledo’s first year as President of the Port Authority of Castellón can be summarised. Since he became President the most important management objectives to be identified were the improvement of the economic management of the port and its profitability, to redifine the function of the Foundation and to strengthen the relationship of the port with the town.

In just one year the results are evident. On one hand PortCastelló closed 2015 with a net profit of 6 million euros (54% more than in 2014) and a net turnover of 25.645.123 euros, which meant that 1 out  of every four euros taken in by PortCastelló was profit.l This considerable improvement in the annual economic results has allowed the port to propose for 2017 a reduction in taxes and an increase in bonuses in order to gain in competitivity.

At the same time, 2016 was the year in which an agreement was signed to restructure the debt of PortCastelló, which has meant that the budget for debt servicing has been considerably reduced, allowing more money to be invested in productive infrastructure and the approval of an investment plan until 2020 of nearly 70 million euros.

In the press conference given by Francisco Toledo to discuss his first year as president, he announced that 2017 ‘would above all be an investmemt year’. The urbanization of the South Basin would begin the railway connexion between the north and south basins by means of a bridge would be undertaken as well as the construction of a new bulk liquids dock in the south basin. A sign of the positive trends for PortCastelló is the decision by three important shipping companies, CMA/CGM, MSC and Maersk, to begin operations in the port of Castellón

Toledo set as one of his objectives the effective promotion of the port by means of restructuring the PortCastelló Foundation and by increasing the involvement of the Port Community. After changing the former management team and approving an action plan, the Foundation has tripled its number of patrons.

In addition, the Foundation has audited its accounts for the first time, thus fulfilling Toledo’s objective to establish a greater transparency in management. In fact, he brought to the Board of Directors his commitment to adhere to the ‘Decalogue of Transparency’ and the ‘Code of Good Management’. In 2016 the Port of Castellón had its Seal of Excellence EFQM  +500 renewed in recognition of the quality of its management.

The committment of PortCastelló to the town, its people and education is another of the fundamental characteristics of Francisco Toledo’s managment. For the first time, awards were made, the ‘Lighthouse Awards’, to show recognition for the work and effort made by companies and organisations connected to the port.

At the same time, more than 10,000 students from colleges and schools in the Province of Castellón have visited PortCastelló over the past year. The port Authority of Castellón has also collaborated with the local Education Council and the Town Council of Castellón to set up technical courses on subjects connected to maritime  trades and fishing.

The commitment undertaken towards environmental protection can be seen in the corrective measures approved by PortCastelló designed to minimise the impact of port operations on the surrounding areas and the announcement that shortly the port will acquire a new floating barriers for use in case of oil spills.

Francisco Toledo’s first year as President has been marked by his determination to argue the case for the Port of Castellón with related governmental organisations. In particular, he has made clear the need for for further investment in the infrastructure needed to allow the port to continue to grow, such as the intermodal station and the access to the Mediterranean corridor.

For this reason, in March this year PortCastelló joined the  Fòrum Valencià Corredor Mediterrani and has urged ADIF to give it the same investment as other ports. Regrets have also been expressed that the central government has not decided to reestablish customs services in Castellón nor has it permitted an extension to schedule of the Frontier Inspection Office.

Francisco Toledo wished to thank the efforts made by all members of the Port Community and has urged them not to become complacent by reminding them that PortCastelló has a high potential for further growth.

In fact, in his press conference to review his first years work, Toledo announced that 2017 would be ‘fundamentally a year of investment’ while ‘pushing strongly for fair treatment for the port and keeping up the reduction in tariffs and keeping in place bonuses and reductions.’