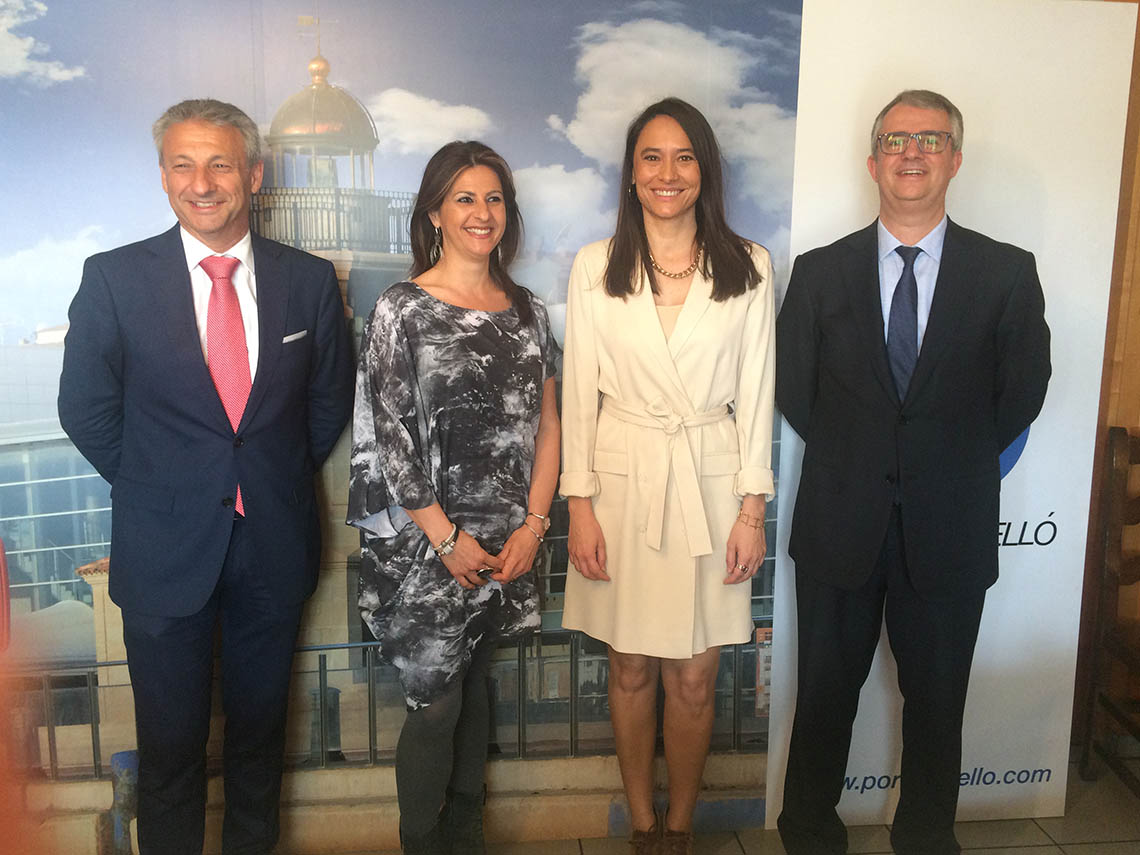 The Port Authority of Castellón closed the financial year of 2015 with a net profit of 5,960.,20 euros, 54% more than in 2014. “This spectacular increase is due to the steady growth of income – up 9.3% – from the increase in goods traffic and the limited spending on personnel and operations which went by only 0.9%.” The President of the Port Authority of Castellón, Francisco Toledo, expressed the  news in these terms when he appeared at a press conference together with Roberto Arzo, the managing director, Maritina Vidal, head of the finance department and Marta Barragán, head of the departement of strategic planning.

The financial results of PortCastelló for 2015 include other very positive figures. Net income was 25,645,123, which means that 1 out of every 4 euros earned by PortCastelló was profit. “We are one of the eight Spanish ports that acheived the persentage of profitability demanded by State Ports in order to undertake a reduction in tariffs, taxes and financial ratios which will allow us to gain in competitivity.” explained Toledo.

At the same time the Port of Castellón reduced its debts to credit institutions by nearly 11 million euros. Toledo pointed out that,”This reduction, together with the restructuring of the debt carried out in 2016 and the profits that have been obtained allow us to increase the competitivity and efficiency of the port, consolidating our position as one of the best in Spain”

He went on to say that,”we can undertake a programme  of productive investments  to the value of 67 million euros until 2020.” Among the projects to be undertaken are the new bulk liquids quay in the South Basin, the railway connexion between the two harbours, the construction of an intermodal station, the urbanization of the south basin  and a road connexion to the CV-22.

Last year PortCastelló used up 95% of the budget allocated to investments, a total of   3.133.000 euros out of a total of 3.209.000 budgeted. The main focus of this investment was the urbanization of the South Basin and the railway access to this area. “A rate of spending that is fruit of a sustainable and planned method of working.” Toledo concluded.