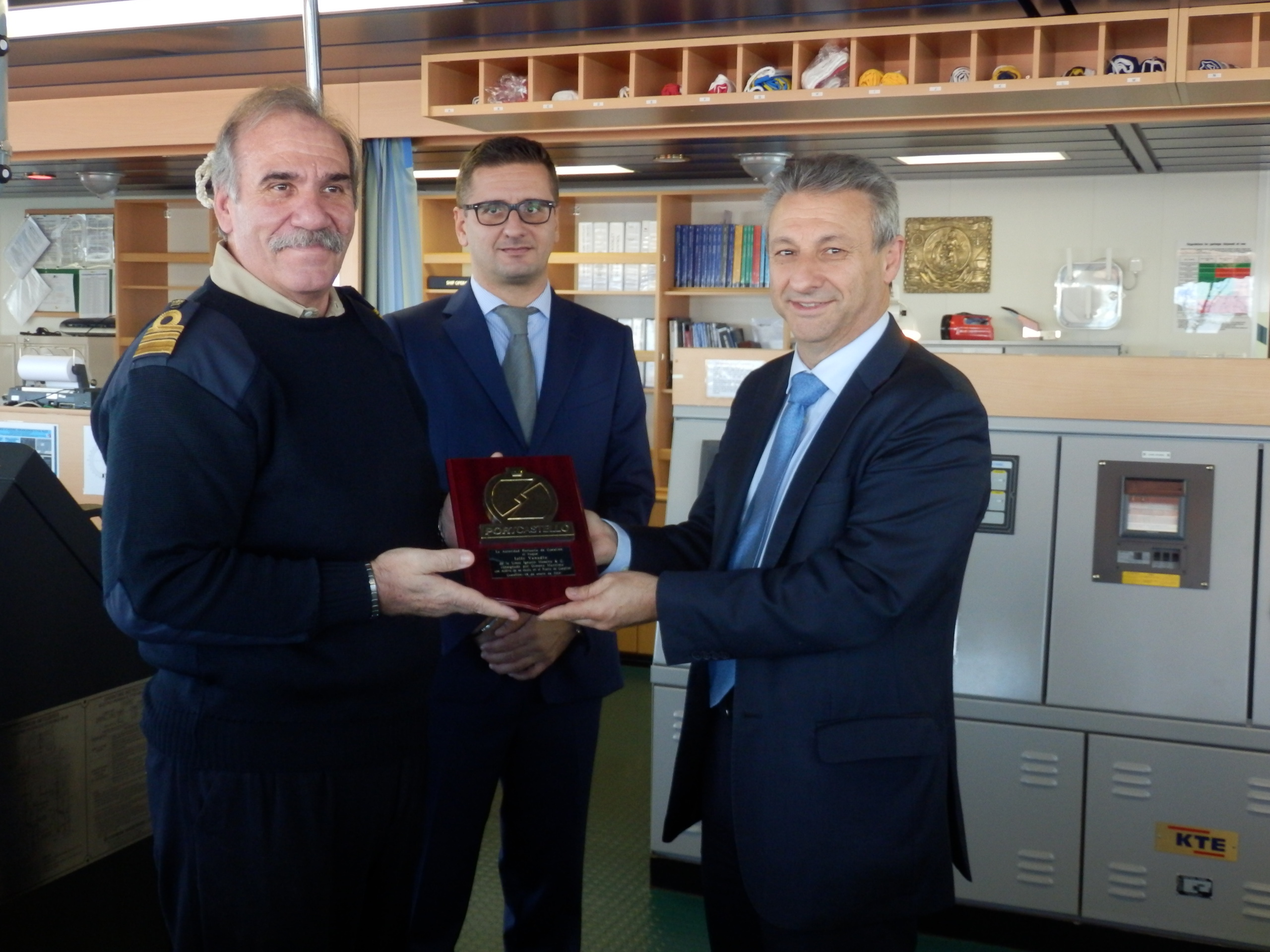 The president of the Port Authority, Francisco Toledo, emphasised the choice of Castellón by this shipping line.

The    president of the Port Authority of Castellón, Francisco Toledo, has made a presentation  to the captain of the ship Jolly Vanadio, Filippo Dario, in recognition of the first visit to the Port of Castellón of the Jolly Vanadio, 239 metres in length, with a beam of 30 metres and the capacity to carry 3000 TEUS. It is one of the biggest ships in this category and was used to transport the latest contingents of the Spanish army to Afghanistan.

The ship, whose exclusive agent is  Gimeno Marítimo, has moved 600 containers to  Terminal Polivalente of the Port of Castellón this morning. It is one of eight new ships purchased by the Italian shipping line, Línea Messina.

Jolly Vanadio has three three ‘twin’ ships, Jolly Palladio, Titanio y Cobalto, which make up the second phase in the modernisation of the fleet of  Línea Messina, after the  Jolly Cuarzo: Diamante, Perla y Cristal came into service in March 2013. These ships transport ro-ro cargoes and containers which gives them great flexibility and allows them to use many types of ports.

The welcoming ceremony took place in the presence of the director of the Port of Castellón Roberto Arzo, the President of the Portcastelló Foundation, Miguel Rojo, the Chief Executive Officer of the shipping agent Gimeno Marítimo, Pilar Gimeno and the   ountry Manager in España of Línea Messina, Federico Spinnato. 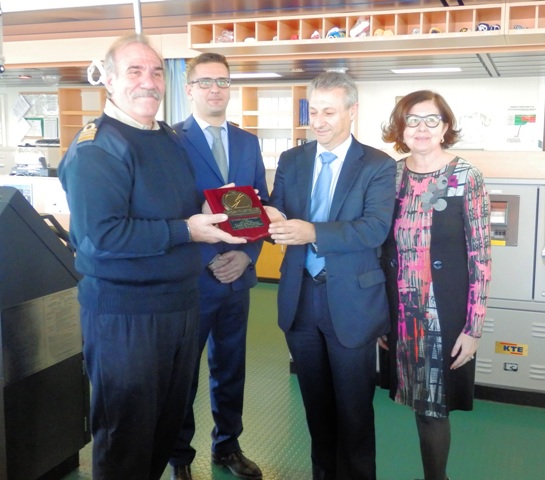