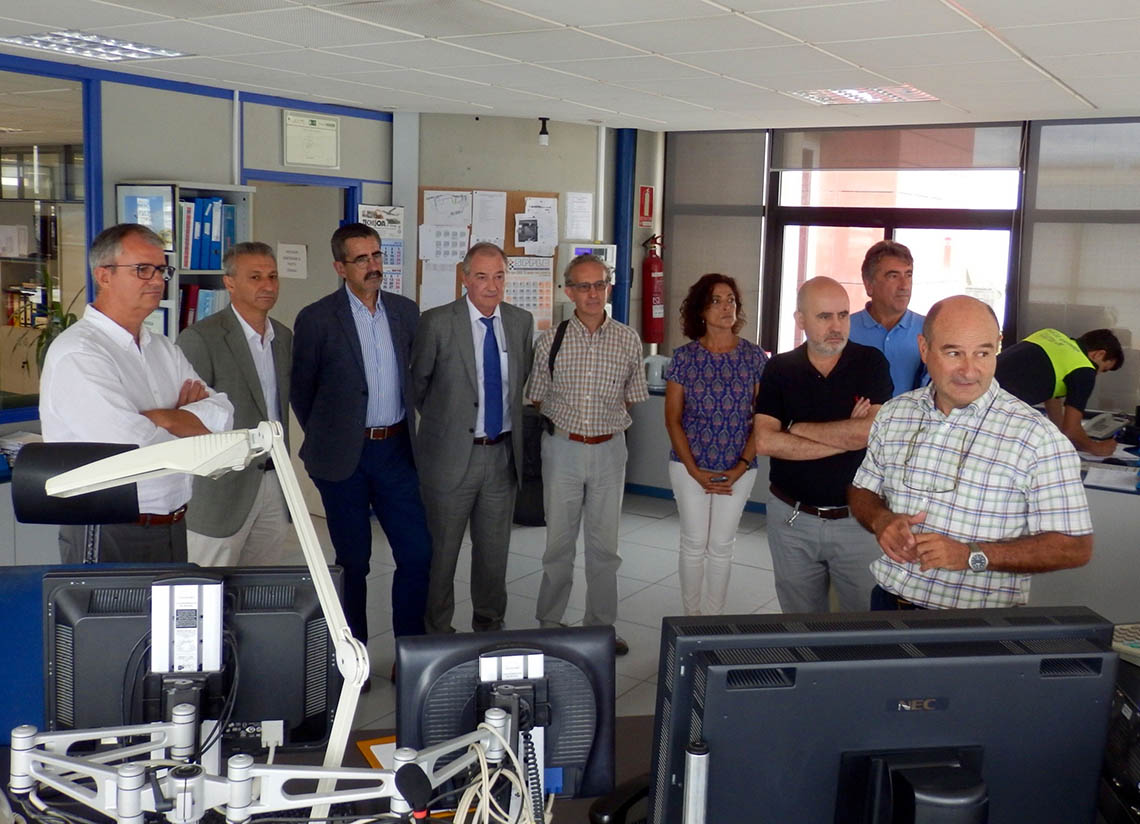 This morning the General Director of the Agency for Safety and Emergency Response, José María Ángel,  accompanied by the President of the Port Authority of Castellón, Francisco Toledo, visited installations at the port of Castellón and its centre for Rescue Coordination. The objective of the visit was to establish ways in which the coordinated response to any kind emergency situation could be improved. Toledo congratulated Batalla for the agencies effective response to the recent fire in Artana, in which the Port of Castellón collaborated by closing harbour waters to shipping in order to allow fire-fighting seaplanes to collect water.

The president of the Port Authority of Castellón, together with the Managing Director, Roberto Arzo, explained to  the representitives of the Agency existing contingency plans to act against sea pollution and actions to be taken in cases of emergency, as well as specific measures to ensure safety for workers in the port. For his part, José Maria Ángel, has promised to equip  the Centre for Rescue Coordination of PortCastelló with a telecommunications system that will provide direct contact and improve coordination with 112.

He was also able to get to know at first hand about managment priorities at PortCastelló, among which the consolidation of measures to protect the environment,are are particularly important. These include the upcoming purchase of a floating barrier for use in cases of sea pollution. At the same time, Francisco Toledo showed him the data which reveal that the port of Castellón is the sixth most profitable port in Spain. Indeed, last year PortCastelló had commercial relations in 87 countries from all the continents.

The Director General of the Agency for Security and Emergency Response was accompanied at these meetings by the Assistant Director for Emergencies, Jorge Suárez; the Head of the Emergency Coordination Services, Inmaculada Piles, and the Coordinator for the Prevention of Emergencies, Alfonso López.

Others who participated int he meeting were, a representitive from the Harbour Master’s Office,, José Miguel Manaute; Juan Andrés Lecertúa representing General Management of the Merchant Marine, the Director of Port Control , Javier García, and the head of Safety and Security at PortCastelló, Enrique Roig.