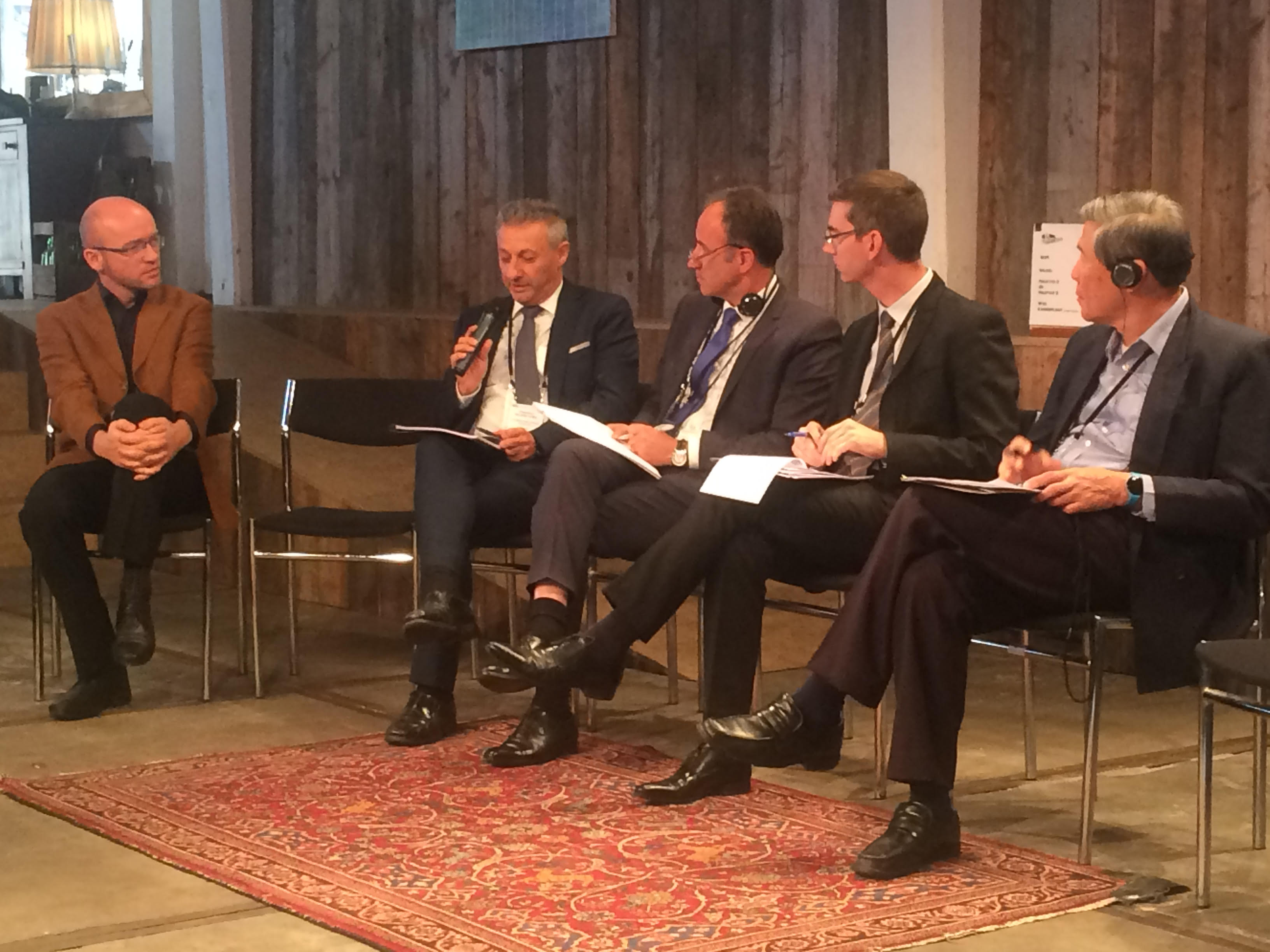 The president of the Port Authority of Castellón together with the Town Council of Castellón, took part in the XV World Congress of Cities and Ports held in Rotterdam.

At the XV World Congress of Cities and Ports held in Rotterdam, the President of the Port Authority of Castellón, Francisco Toledo, argued that all public administrations should work together to achieve the integration and transformation of El Grao de Castellón and that young people should play a key role in this ambitious socio-economic project. His presentation was one of 36 selected by the Scientific Committee of the Congress from more than one hundred, and was presented together with the Town Council of Castellón.

In his talk that was titled “The urban and sociological transformation of El Grao de Castellón – the propeller model.”, Francisco Toledo explained that “this transformation will only be possible if it includes young people from culturally diverse backgrounds and uses crossovers between the port and the town in order for developments in education, culture, tourism and social integration to take place.” At the same time he pointed out that the initiatives undertaken by the Town Council and the Port Authority designed to promote the integration of port and town  require the participation of other institutions such as the Regional Valencian government, the University Jaume I and the Red Cross.

Projects such as the removal of the wall which used to separate the port from the town and the construction of a leisure area with restaurants and a marina ” have not been sufficient to create a really significant tourist area connected to the port or to overcome the social problems that currently exist in El Grao which are derived from a multi cultural population with people from 59 countries and a very serious level of failure among school students.” I

In his presentation Toledo highlighted the project designed together with the Town Council of Castellón and the the Regional Valencian Government  to create technical qualifications in the area of fishing and maritime skills. In addition, “the port and the town will construct new cultural areas and the port will provide various installations so that those responsible for these projects will have the resources necessary to carry them out.”

The president of the Port Authority spoke of the need for the port, together with the Town Council and the Valencian Tourist Agency,  to give every support to the development of the tourist industry in El Grao, which at this time is still very dependant on the port ”

Francisco Toledo also referred to the investments that the Town Council of Castellón will be making in the maritime district. “A new network of facilities, called ‘Grao Open Net’ designed to promote social integration and cultural and professional  development, which will consist of social, cultural and educational infrastructure, public meeting places and sustainable mobility connections, cycle lanes and ‘green paths’. Toledo made it clear that he considers the port of Castellón as playing a crucial in El Grao de Castellón, “since the port provides employment” and he presented the latest figures that show that Castellón is now in the top ten of Spanish ports in goods traffic, out of the 46 ports in the Spanish system.

The president of the Port Authority of Castellón then went on the participate in presentation together with representatives form the ports of Singapore and Rouen.