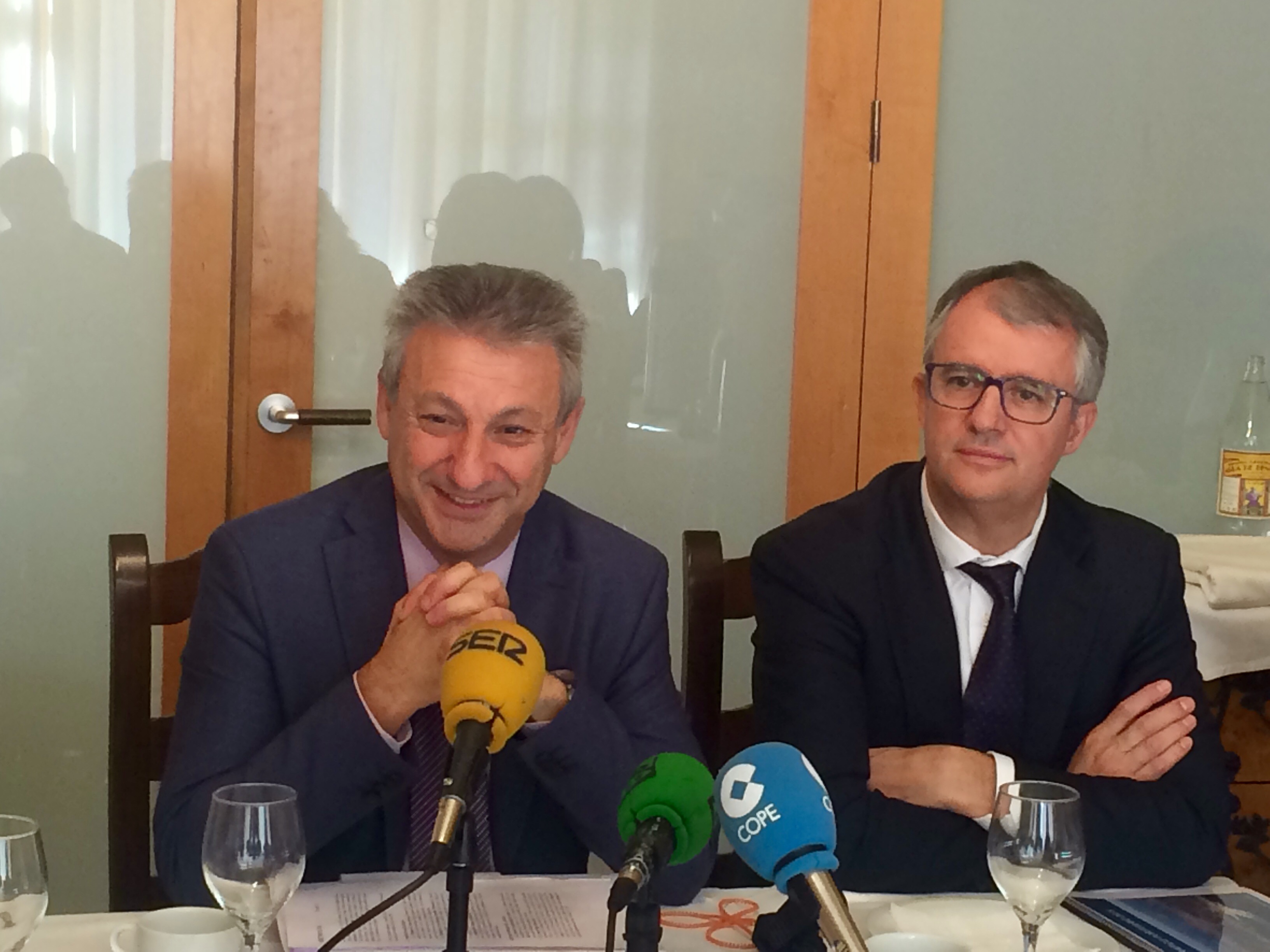 The port closed 2015 breaking its own records for all kinds of goods traffic and for the first time exceeding the figure of 16 million tons of goods transported.

The president of the Port Authority of Castellón, Francisco Toledo, accompanied by the Port Director, Roberto Arzo, today presented the balance of traffic in the port for 2015. In 2015 the port broke its own record,  reaching a level of  16.444.769 tons of goods transported, which represents an increase of 5.48% over the previous year. These figures are above those predicted in the Company Plan.

Francisco Toledo stated that the growth of traffic has taken place in every category. Solid bulks, bulk liquids, general cargo and containers, and this result consolidates the position of the Port of Castellón in the top ten ports of Spain. Russia, Turkey, the Ukraine and Nigeria in that order are the principal countries of origin and destination.

The balance for 2015 also provides another relavant statistic, the increase in traffic in harbour waters which has grown nearly 80%. This is due to the entry into service of the bulk liquids quay. In addition, in the last five years the ceramics traffic in the port has doubled and is now around 1.8 million tons. 46% of all ceramic products manufactured in the province is exported from Castellón, which combined with the fact that 90% of the raw material are imported through the Port , makes Castellón the ceramics port.

According to Toledo, these figures allow the Port Authority to face the future “with optimism but without complacency”. Among the principle objectives, Toledo underlined the importance of improving the port capacity to compete with its rivals, the restructuring of the debt, the planning of new investments and improvements in certain environmental aspects. “The port has to be the best neaighbour in El Grao,” he said,”We are now studying projects to become more sustainable and to minimise the effects of port activity on the town, such has placing protective screens.”

As far as infrastructure is concerned, the road/rail access to the port is vital. One  project pending is in the hands of ADIF (the administrator of railway infrastructure). It was also pointed out that the connection by rail between the north and south basins with a budget of 17 million euros will be carried out in 2018. PortCastelló is also committed to the construction of a new quay for bulk liquids  and the construction of new infrastructure in the south basin in order to attract new investors. Francisco Toledo also mentioned the transfer of traffic from the buoy field to harboiur waters “by  BP”.

Some of these projects can be carried out thanks to the restructuring of the debt, which during 2015 it was possible to reduce from 78 to 68 million euros. Toledo pointed out that, “The best possible investment is to have the capacity to develop projects and therfore generate employment and opportunities.”