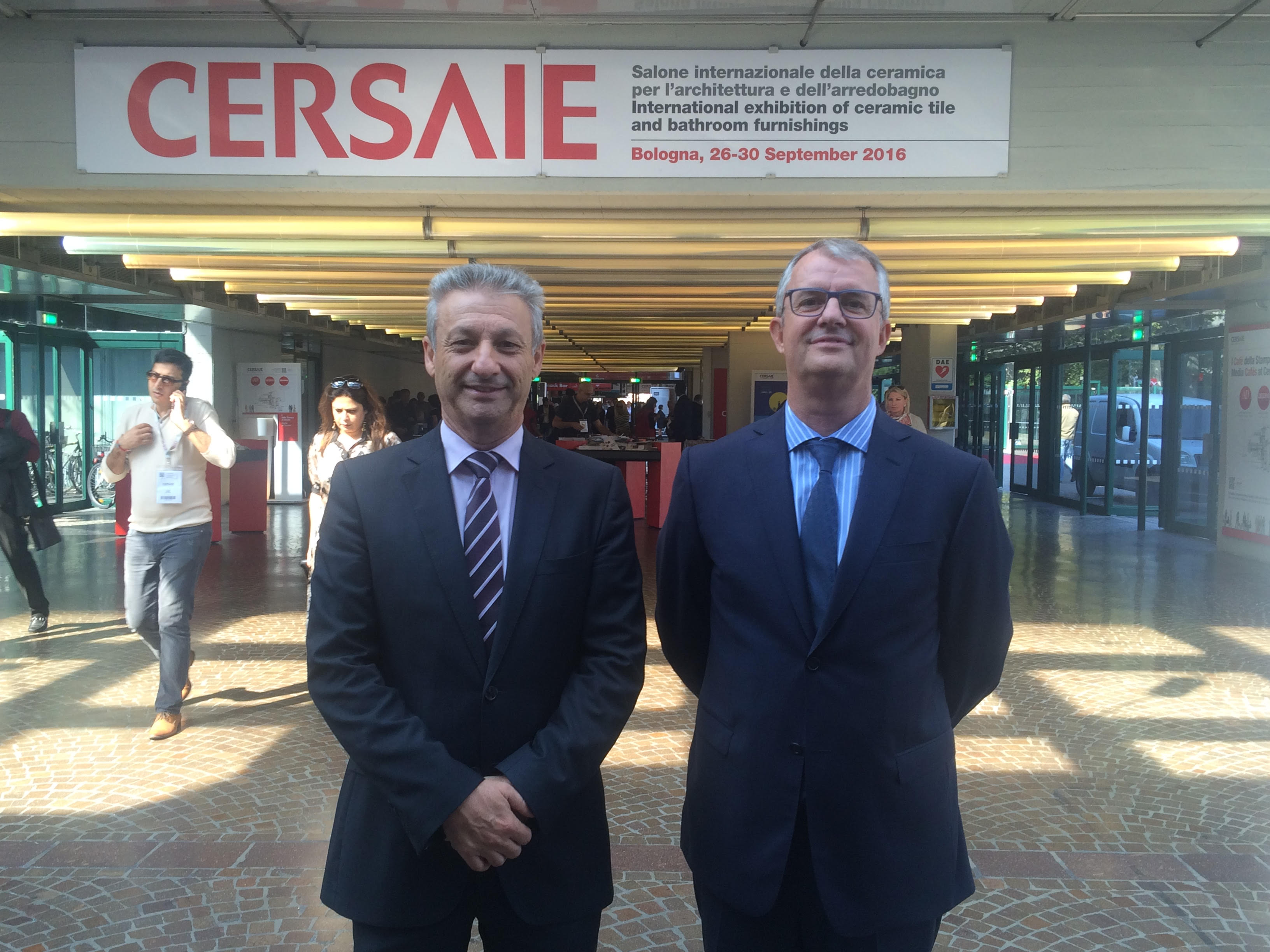 The Port of Castellón participates in Cersaie to support the ceramics industry  and with record figures for goods traffic.

PortCastelló is attending the Cersaie Fair in Bologna in order to support the ceramics industry and to advertise its infrastructure and services and to provide information about the advantages of operating from the port. The President of the Port Authority of Castellón,, Francisco Toledo, accompanied by the managing director, Roberto Arzo, and the the manager of the PortCastelló Foundation, Miguel Rojo, are holding various meetings with leaders from the ceramics sector in the province, given the leading role played by this industry in the economy of the province of Castellón.

Toledo has held meetings with representitives of various ceramics companies such as, Porcelanosa, Ceracasa, Pamesa, Keraben, Grespania y Cristacer. Also with transport companies that are attending the fair such as, Savino del Bene, AM Cargo, Sea Carriers and Pitarch Logística.

It should be remembered that 90% of ceramics manufacturing companies are concentrated in the province of Castellón and therefore the Port of Castellón plays a fundamental role in this industry. In fact 46% of exported ceramics and 95% of imported raw materials go through the port.

During his attendance at the fair, the President of the Port Authority of Castellón has pointed out that the growth in trafffic in goods related to the ceramics industry confirms the strong connections between the port and the ceramics industry.During the first quarter of the year there was a 2.9% increase in the export of tiles, floor tiles , frits and glazes. At the same time the imports of raw materials increased 27.2%. In particular the increase in the import of feldspar was 40.8%

Equally spectacular is the growth in recent years in the import of solid bulks connected to the ceramics industry, 51.52% between 2010 and 2015.

During his stay at the fair,  Francisco Toledo highlighted the fact that PortCastelló is the port of ceramics, and for that reason “in 2016 we have increased bonuses aimed at the ceramics sector so that the tariifs being paid by ships has been progressively reduced between 25% and 40% on the basis of the number of containers being transported. A measure like this will increase the capacity of our port to compete and improve conditions for the ceramics sector.”